I Challenged Putin’s Propaganda Machine From Within – Look What Happened. Part 1 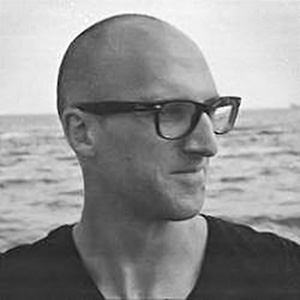 I was pretty sure I had just created an international incident. Twenty minutes earlier, live on a nationally televised Russian political talk show, I had credibly accused the Russian state of committing crimes against humanity.

I was in a company car transporting me from the TV studio to an evening English lesson I taught to earn some rubles. The driver, an employee of the TV channel, was making his way through a railroad district that I had never seen in all of my five years in Moscow.

Just to be on the safe side, I pulled out my phone to check and see if I wasn’t being chauffeured somewhere out of the way in order to dig my own grave.

I asked the driver to drop me off at the nearest metro station. After I’d ducked into a supermarket and downed a 50 milliliter bottle of cheap cognac, my phone started vibrating. It was the producer who, in response to my Facebook message the week before, had invited me onto the show. To my astonishment, she wanted to know if I were available to return for the episode tomorrow afternoon. I answered that I was.

That was in April 2018. Years earlier, a stint as a Peace Corps volunteer in Ukraine had gotten me interested in the region and, after finishing a master’s degree in New York and failing to find a better offer, I returned to Odessa in 2011 to teach English at a local university.

I fell in love with the city, but I also fell in love with a Russian woman who became my wife. Unlike the majority of Russians I’ve come to know, Nina is firmly grounded in reality, so after the producer invited me onto the show and agreed to an honorarium nearly double my usual hourly rate for English lessons, I still had to talk things through with her.

After a bottle or so of Kuban merlot, Nina agreed that if a Russian propaganda outlet were willing to put a microphone in front of my face on live TV, then I ought to take the opportunity to tell them exactly what I thought.

When I’d showed up at the studio in the suit and tie that Nina had insisted we splurge on for the occasion, I was intent on nothing less than exposing the kind of secrets I was sure could bring down the Putin regime. If I failed, deportation wasn’t the end of the world.

At first, things had gone pleasantly enough. In the green room before the show, a pretty girl named Masha powdered me up, then the pretty producer introduced me to a few of the other “experts,” then another pretty producer led us all to our seats on the bottom level of a semi-circular studio set, then a group of pretty young microphone holders entered and took up positions between all of us middle-aged male guests. The hosts came in and shook every “expert’s” hand, the music came on, and the pensioners filling the three rows of seats behind us all began clapping in unison.

After getting in my shot at the American president, I sat back and listened to the collection of Russian professors and pundits praise the anti-intellectual Oval Office occupant’s strategic cunning and patriotic fervor.

At the time, French President Emmanuel Macron had been making a state visit to Washington. I got a softball question as to why America’s flamboyant reality-star-turned-commander in chief presented the French leader with a portrait of James Monroe. It was actually a framed piece of upholstery commissioned by Monroe, but I explained that the inspiration for this gift may have come from National Security Advisor John Bolton. Donald Trump might not have been able to pass a 10th-grade American history exam, but a realpolitik hardliner like Bolton certainly understood what sort of “America First” message this Monroe Doctrine allusion would send.

After getting in my shot at the American president, I sat back and listened to the collection of Russian professors and pundits praise the anti-intellectual Oval Office occupant’s strategic cunning and patriotic fervor. As much as I wanted to interrupt, my microphone holder kept her arm firmly set in the “down” position for the remainder of the block.

After a commercial break, the hosts built on the intrigue ginned up during the show’s opening segment, which essentially explained why Western leaders were meeting behind closed doors to strike bargains that would further enslave the rest of the world, and how they were covering their tracks by falsely accusing Russia of crimes against humanity to distract international opinion away from their own kleptocratic misdeeds.

This was why the Western world imposed sanctions upon Russia, and why every corrupt democratic leader and paid-for representative was always talking about Russia’s Olympic doping scandal, its illegal annexation of foreign territory in the Crimea, its open support for “separatists” in eastern Ukraine, its role in the murder of the 298 people aboard Malaysian Airlines Flight 17, its interference in American and European elections, and its assassination attempt in Salisbury, England.

The “discussion” portion of the show resumed. Once again, the various professors and pundits voiced their approval of this absurd “explanation.” With only a minute or two remaining, I was finally given another opportunity to speak. In a tone of genuine sincerity and confusion, all the hosts wanted to understand was, “Why?” Why, given the complete lack of any actual evidence, were so many goodhearted Westerners like “Maikl” here so brainwashed by CNN that they failed to see the international Russophobic conspiracy taking place in front of everyone’s eyes?

I was confused. The evidence of Russia’s guilt in every one of the stated scandals was overwhelming and irrefutable. I said as much.

Even before the Novichok nerve agent poisoning in Salisbury, there was the polonium poisoning of Russian intelligence defector Alexander Litvinenko; there was the video of Buk missile launcher 332 en route from its base near Kursk towards Donbas in the days leading up to the shootdown of MH17, and the video of Buk missile launcher 332 returning to the Russian border a few hours after the tragedy — with one missile conspicuously missing.

Even when speaking one’s mother tongue, it is not easy to express a message while a former paratrooper turned award-winning propagandist is interrupting you halfway through every sentence. Still, I had gone on live Russian television and had credibly accused the Russian state of crimes against humanity.

Not only was I certain that I would never be invited back, I was nervous enough about the potential consequences that I was truly spooked when the studio Kia started taking that shortcut through the railroad warehouse district. And it came as a genuine surprise that, instead of liquidation by the FSB, the producer invited me back on for tomorrow’s episode.

When I arrived at the studio for the second time, I was again armed with the truth. The Assad regime in Syria had recently used chemical weapons on the city of Douma. And no matter how many Russian professors and pundits claimed the video of innocent civilians foaming at the mouth had been “Made in Hollywood,” I rejected their assertions that the Syrian civil war was an American operation, an excuse to impose further sanctions on Russia.

During a commercial break, the producer asked me if any other TV channels had tried to get in touch with me. It turned out the station’s higher-ups wanted to lock down my services with an exclusive contract. If I were interested in such a relationship, I should refuse all offers from other Kremlin-friendly competitors.

I didn’t understand why it was in the Kremlin’s interest to provide such a platform to someone as familiar with their lies as I was, but I took them up on the offer.

Towards the middle of May, my son and I took a day trip to one of the little monastery towns north of Moscow. A retired history teacher sitting on the park bench across from ours recognized me. Although he was friendly about the whole thing, he informed me there were a few “facts” about the rise of Ukrainian fascism that I should be aware of before I went on TV to spread any more lies about so-called freedom and democracy. I seemed like a perfectly nice young man, but it was clear to him that my exposure to Western mass media had corrupted my capacity for critical thought.

In less than a month, without really trying, I had become a C-list celebrity in Russia — that American from TV.