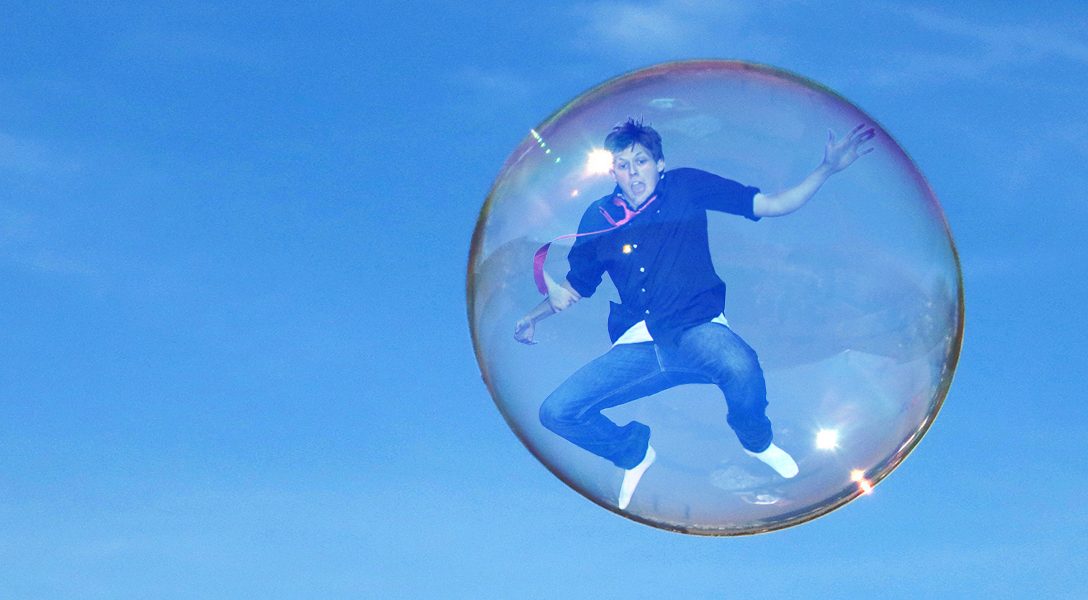 Donald Trump is a danger to the United States, to decency and the rule of law. He is a racist, the most incompetent president in history and will probably be impeached.

Donald Trump is the only man who can make America great again and he is well along on the path to do so — if only the traitorous media would allow him to do his job instead of making up fake news.

While these two narratives about the president of the United States and the direction of the country could not be more contradictory, tens of millions of Americans believe each of them — and that’s a huge problem. It shows that the country may be more ideologically divided today than at any time since the Civil War.

There are many reasons for this growing chasm. First and foremost, Americans themselves are the culprits. They now have more information at their fingertips than at any other time in history. But instead of using this wealth of knowledge to educate themselves, Americans have increasingly chosen to get their information from sources that confirm, instead of challenge, their own biases.

Another factor is that the political landscape has been getting more partisan on both sides as gerrymandered districts have robbed voters of a choice, and moderates have been swept out of office.

The media also shoulders part of the blame. Seeking to turn a profit, outlets on both sides have made a buck by turning more shallow and more partisan.

To find out how these two dominant political camps perceive their country and its leader, WhoWhatWhy launched a one-week experiment.

Two of our reporters consumed news the way millions of their compatriots are doing it: One of them only followed conservative news sources such as Fox News, Breitbart, Infowars and talk radio. The other watched MSNBC and read progressive news outlets like The Nation and the Huffington Post.

It should be noted that WhoWhatWhy does not believe that the outlets our reporters monitored are fundamentally equivalent. We simply chose outlets that conservatives and liberals get their news from. While some programs on Fox News cover what is happening in the country in accordance with journalistic standards, the network’s flagship shows do not. They are propaganda tools and do little to conceal that fact. In addition, Breitbart has devolved into a self-proclaimed platform for the alt-right movement and outlets like Infowars are not news programs at all. Liberal outlets have their own deficiencies, but there is no equivalence.

Both of our reporters stayed off their own social media networks so that they would not be exposed to alternative narratives.

What they found was as expected as it was disturbing.

For-profit media outlets on both sides are doing little to conceal their biases. Websites give their readers the news with a spin that confirms preconceived notions instead of challenging them. On TV, a lot of the coverage of cable news networks consists of talking heads providing “commentary” that does little to inform viewers, and is more about shaping opinions.

Trump’s remarks on the violence in Charlottesville, as well as his comments on North Korea, stand out as examples of the different ways in which the president is being covered.

While progressive outlets blasted Trump for not going far enough in condemning white nationalism and for saying that “many sides” were responsible for the violence, conservative outlets reserved the bulk of their criticism for the media.

Specifically, Fox News et al. said that there was nothing Trump could have said that would have satisfied the liberal press, and highlighted the role that anti-fascist (Antifa) protesters played in Charlottesville.

While outlets like Fox News were critical of the neo-Nazis marching in Virginia, they also extensively covered Antifa attacks on conservatives and Confederate monuments.

Left-leaning outlets, on the other hand, pulled no punches, with commentators suggesting that Charlottesville showed Trump is unfit for office. These outlets also pointed out that many Republicans joined the chorus of those criticizing the president for not condemning white supremacists more strongly.

“I think biased journalism does Americans a disservice, because instead of providing clarity to a voting public it further clouds our understanding of current events and issues amidst competing versions of facts. In that sense partisan coverage obstructs democracy.”

Trump’s tough talk directed at North Korea was even more illustrative. While conservative outlets hailed the president as a strong leader who ended the Obama-era policy of “appeasement and weakness,” the liberal media suggested that the “fire and fury” comment made the world less safe.

While the rest of the media focuses on Russian interference and potential ties to people close to Trump, outlets like Fox News disregard most of that part of the story, dwelling instead on the “illegal leaks” on which the revelations are based.

So what does it all mean? Does it matter that two neighbors living in any American city can perceive the world completely differently because of the news they consume? Is the divisiveness promoted by the for-profit media sustainable? If not, how will it end?

We don’t know the answers to these questions but we know they are important. The experiment was certainly an eye-opening experience for our two young reporters.

“I learned a lot about my own media biases during this assignment,” Taylor Cunningham said at the end of the project. “Outlets like Breitbart, Fox News, and Free Beacon Press lie outside what I would generally consider to be trustworthy sources; so much so that at times I was genuinely confused by — even frustrated with — what I was reading. It didn’t resemble the reality I feel to be true, and so read as a string of misinformation.”

Jennifer Ko noted that the assignment was easier for her because the sources she was asked to cover are the same ones or similar to those she usually consumes.

“It wasn’t until the moment I read the news summary of the other side that I realized how biased certain news platforms could be,” Ko said.

Cunningham also noted that, during the Charlottesville crisis, she was “craving” the news outlets she usually consumes.

“I hadn’t considered them to be a source of comfort for me until I was without them,” Cunningham said. “They support a version of the truth I generally hold as given, particularly in the midst of social turmoil. And so I had trouble with the conservative coverage I was consuming and the inadequacies of story after story packed with pro-Trump rhetoric.”

Ko stated that she was surprised to find out “how respective reporters could write about the same topic, but with different views. A liberal Democrat would be shocked and upset when reading rightists news articles, and vice-versa.”

However, the experiment also taught Cunningham about liberal news bias. She realized that they spent too much time on “anti-Trump talk in light of an event that reaches deeper into the American psyche than party identification.”

She added that bias on both sides should frustrate Americans.

“I think biased journalism does Americans a disservice, because instead of providing clarity to a voting public it further clouds our understanding of current events and issues amidst competing versions of facts,” Cunningham said. “In that sense partisan coverage obstructs democracy.”

The experiment showed both of our reporters the need for an unbiased media. But it is also up to consumers to choose outlets that not just confirm their biases but challenge what they believe.

“Exposure to different media outlets or points of views offers a more complex representation of a complex nation with incredible diversity,” Cunningham said. “Furthermore treating journalism, especially sensationalized stories, with skepticism by cross-checking between media outlets is helpful for separating fact from opinion.”

“Some people deliberately choose not to read news outlets of the ‘opposite’ perception,” she said. “However, to understand more, I think it is highly recommended that they at least try to look at the other side and how varied some things can be.”