Online petitions don’t generate much in the way of change, but as sources of satire, they’re hard to beat.

Two popular petitions currently in circulation concern billionaire Amazon founder and CEO Jeff Bezos. One proposes to deny him permission to return to Earth after his upcoming trip into space. The other is more esoteric: “We want Jeff Bezos to buy and eat the Mona Lisa” because, obviously, “Nobody has eaten the mona lisa [sic] and we feel jeff bezos [sic] needs to take a stand and make this happen.”

Whatever your feelings on the art world — or pica, for that matter — the Mona Lisa petition can be read in a couple of interesting ways. It’s a statement about how obscene wealth empowers obscene acts, but it’s also a commentary on how large corporations consume things of value (or artistic significance).

For our part, we’re good at standing around and bravely wondering what’s been improved — or destroyed — in the process.

The Oracle at Ephron

The question of “eating” art comes up with Amazon’s $8.45 billion purchase (pending government approval) of 20th-century content museum MGM Studios. As with AT&T’s corporate shuffle, pairing WarnerMedia with the smaller television company Discovery Inc. (home to Discovery Channel, Animal Planet, and TLC), the main goal of these media acquisitions is to create the greatest possible library of content, under a single owner.

Now, if you’ll allow me a tangential minute: Nora Ephron predicted all of this. In 1998 — back when Amazon was still an innocent online bookseller — she directed You’ve Got Mail, the Tom Hanks/Meg Ryan rom-com in which AOL greased the wheels of love. You’ve Got Mail was produced by Warner Bros. two years before AOL bought the studio. That purchase happened right before the dot-com bubble burst, carrying away with it the old order of internet version 1.0.

Hanks’s character runs a Borders-style big-book retailer threatening Ryan’s indie bookshop… until love, mediated by tech, saves the day. Was You’ve Got Mail actually about the love affair between the Warners and AOL? Or was it a cautionary tale about the corporate consolidation of power?

We are currently living in the sequel. Amazon has devoured both Hanks’s and Ryan’s bookstores. They’re probably now both working in a fulfillment center, Nomadland-style, trading quips while peeing in Gatorade bottles. 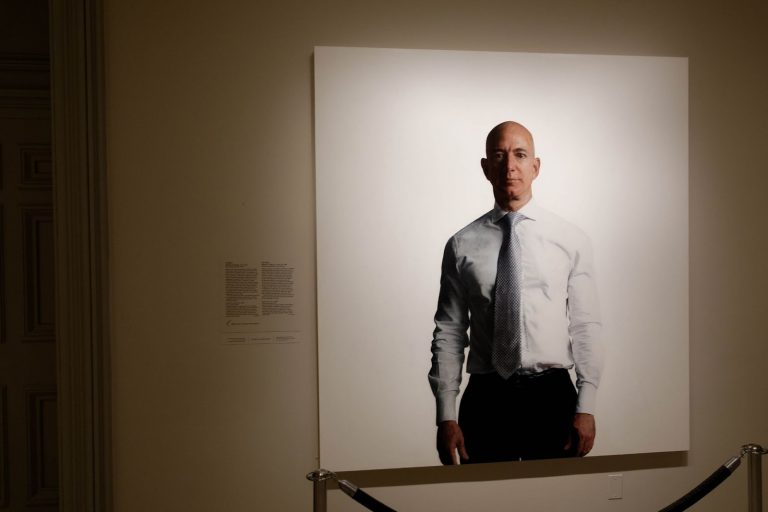 Currently, Amazon is competing with a few other select big players in media and tech to vacuum up all the valuable intellectual property that’s not already spoken for. With MGM, Amazon gets about 4,000 titles, including part ownership of the James Bond franchise. (Alas, MGM already sold off its pre-1986 library, so Amazon can’t do a Game of Thrones-style adaptation of The Wizard of Oz.)

Since Amazon struggled to master the video-on-demand game with Prime’s sometimes confusing interface, sometimes meh content, and always infuriating upcharges for the good stuff, the thinking is that Bezos will use MGM’s production experience to juice the company’s streaming service.

But the acquisition will also lure new customers to join the 200 million Americans who already pay for Amazon Prime. Encouraged by the subscription’s free next-day shipping, Prime members spend twice as much per year on Amazon purchases as nonmembers, so if offering Robocop encourages a few more sign-ups, that’s $8.45 billion well-spent.

Just one step closer to an all-encompassing, Amazon-branded ecosphere.

It’s a Prime World, After All

As I wrote last week, crafting a personalized media experience that customers will never want to leave (or in which they’re willingly trapped) was Walt Disney’s killer strategy. Disney wrapped you in a warm embrace; from film to television to theme park to toy store, and back again. But Walt at least had the decency (or the audacity) to put his face on the mousetrap.

And the media empire’s strategy is still pretty much the same. “We’ve got a tremendous amount of information on our consumers from our Parks business,” Disney CEO Bob Chapek told an audience at a JP Morgan conference in May. “What would happen if we married that, and actually mined that data to help people subscribe to Disney+ knowing what we know?”

For Disney, the seamless experience is maintained by tunnels under the park to prevent visitors from seeing a headless Goofy smoking a clove. For modern media, the algorithms are the tunnels, moving data here and there before raising from the depths a recommendation for the 14th season of Survivor.

Data is the essential ingredient. So here’s the play if you’re looking to dominate in the media: First, you want to capture as much intellectual property as possible. Then you want to pair that content with the best possible algorithms — and the most customer data — to ensure continued streaming. And buying, of course.

How else will the gods be able to come down off Olympus and design a bespoke entertainment world for you, in real time? You crave mafia docuseries, cannabis cooking shows, and vampire anime? Leave the choosing to us.

The gods do this to ensure that you never, ever, stop worshipping them. 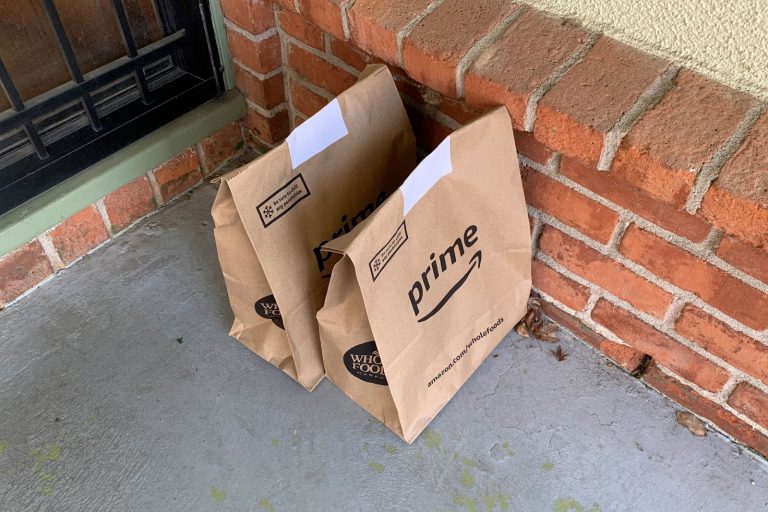 And yes, we get personalized recommendations for shows and socks and things, but the cost of that is, of course, encroachment.

Just as Disney’s got cameras all over its parks, these media companies watch you however they can — to figure out how to maximize engagement, and therefore get more data, and therefore create more profit opportunities. Streamers like Netflix and HBO Max have viewing data, which Disney has too — plus behavioral data from its theme parks, apparently. But even a real estate empire pales in comparison to Amazon.

Amazon’s version of Disney’s parks-and-media complex is an online juggernaut that accounts for somewhere between 40 and 50 percent of all US e-commerce. The company also owns Whole Foods and the Wi-Fi doorbell company Ring; it hosts numerous websites on Amazon Web Services; it has fashion, publishing, logistics, and possibly, someday, fleets of delivery drones with cameras. There’s also Alexa, which exemplifies the privacy issues of Amazon’s consumer panopticon (to say nothing of the potential antitrust issues with a corporate structure this all-encompassing).

With all of this in mind, it’s not hard to imagine Bezos disengaging his jaw and swallowing the Mona Lisa whole, that tiny little thing.

Which brings me to that other petition, the space one.

Bezos has been a sci-fi freak from way back. Speculative-fiction-turned-fact has inspired everything from Alexa to his dream of human colonies in space. That love is why, in 2018, Amazon rescued the space drama The Expanse from cancellation by Syfy. For Bezos, it’s not fiction; it’s a blueprint.

On July 20, Bezos will ride his own rocket into space. Maybe it’s yet another way he’s our generation’s Uncle Walt; expanding into the wilderness to create “the optimum living patterns of the future,” as a 1967 report on Disney World advertised. Futurist, utopian ideas, plus the control of that experience. For Walt, it was Florida. For Jeff, it’s an asteroid, which is basically the Florida of space.

And that’s exciting, but also kind of scary.

It’s one thing for companies to guide our choice of cooking show, or groceries, or which cartoon character to stand in line to hug. It’s another to think about Bezos carrying the Amazon banner off the planet, which, like the internet, is just the kind of unregulated space he thrives in. Amazon defining the future of human exploration should give us pause for all sorts of reasons, not least of all its corporate ethos thus far.

Interplanetary exploration, with on-demand Bond movies and a Whole Foods salad bar; it is the apotheosis of Uncle Walt’s dream of “total merchandising” as a captive experience of wonder.