One of Hawaiian expert William Wilson’s favorite words is paʻē, meaning, he explains, “sound moving softly through the air and reaching one’s ears.”

Hawaiian moved so softly through the ears of the past few generations that it almost fell silent. UNESCO considers Hawaiian endangered. But Wilson, 71, a professor of Hawaiian studies, Hawaiian language, and linguistics at the University of Hawai’i at Hilo, is struggling to revitalize the old tongue. Working through schools, nonprofits, government bodies, and concerned citizens, the professor is reintroducing a new generation of speakers to the language of their ancestors.

“A language carries so much,” he says. “It is a living repository of the history, culture, and worldview of a people.”

That Hawaiian embodies the long proud history of the Hawai’i people is a big reason it was essentially outlawed once the United States in 1893 dethroned Hawaii’s Queen Liliuokalani and took power. As a big step to westernizing what would become the 50th state, a new law made English the official language to be used in governmental, business, and school matters. Children were not taught Hawaiian and were reprimanded for speaking it at all. Hawaiian was not restored to official status until 1978 and the school language ban held until 1986.

Hawaiian was drowned out in the early 20th century when an influx of foreign laborers and their children flooded into Hawaii speaking different languages. Intermarriage between these newcomers and native Hawaiians further diluted the language.

It came to be that people felt inferior speaking Hawaiian. 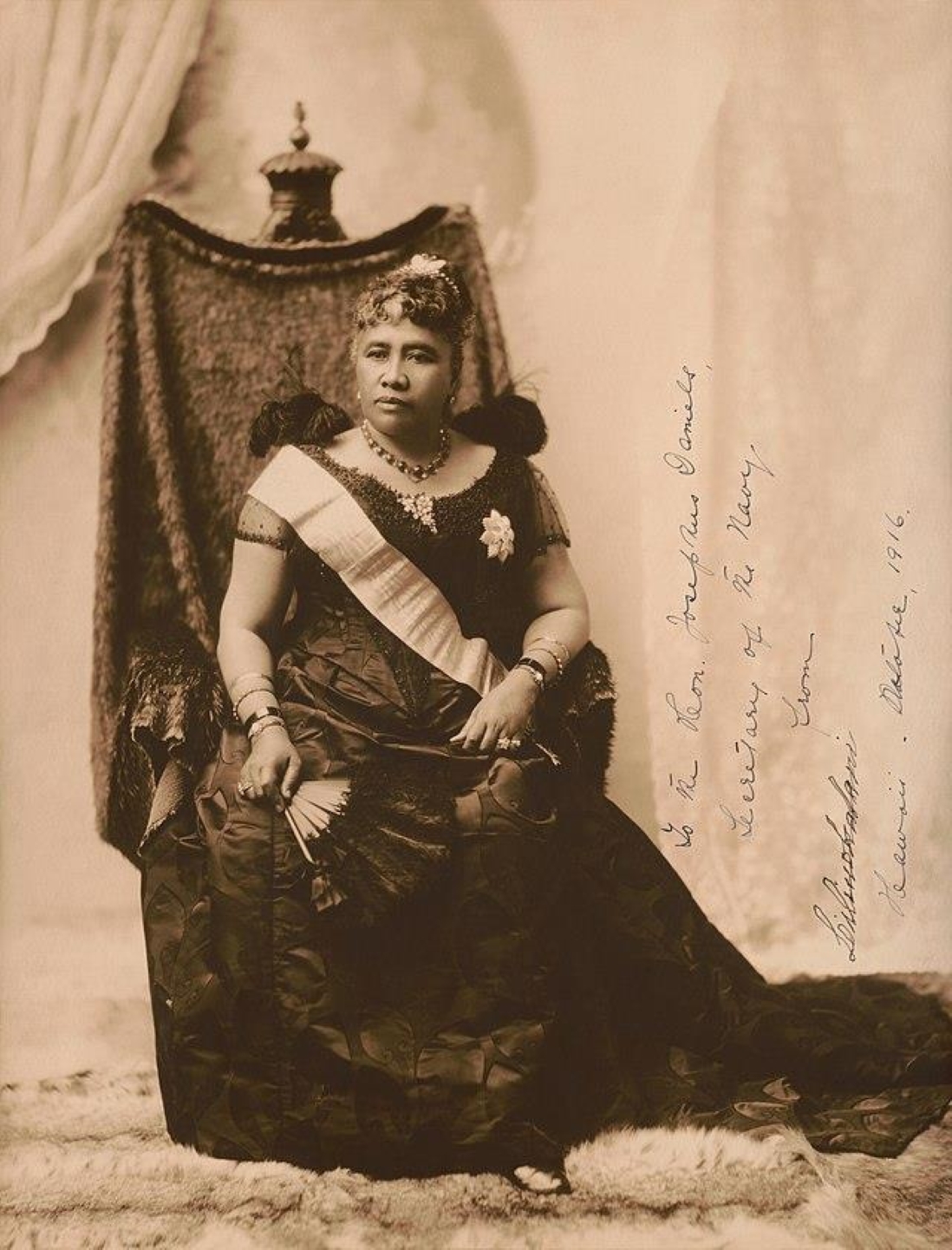 Wilson, who is white, grew up in Hawaii speaking English, like most everyone else, but he also soaked up the many Hawaiian words embedded in the local vernacular. When he was 10, his family moved to Europe where he picked up German in school. Classmates were curious about what language was spoken in Hawaii and that was the spark that led to a career in speech — and to a campaign to save Hawaiian.

He tried to teach himself Hawaiian through books, then when the family moved back to the islands in his high school years he joined a night class, one of the rare avenues then open to learning the old language.

Today, in part because of his efforts, language instruction is available in schools — private, charter, and otherwise. With his wife Kauanoe Kamanā, 70, a language instructor who shares his passion, Wilson set up Aha Pūnana Leo, a Hawaiian language immersion school. As people have warmed to the idea of taking back their language, more schools, called Kaiapuni schools, have sprung up offering it to them.

This is a far cry from the days after Wilson returned to Hawaii from abroad in his youth and found few young people learning the language, and even those studying at the university level were not conversing in it, he said. Another revelation came to him when a new teacher began taking students out to meet and talk with elders. “I began to become more fluent,” Wilson said. “I enrolled in linguistics to help me understand how the language worked.” 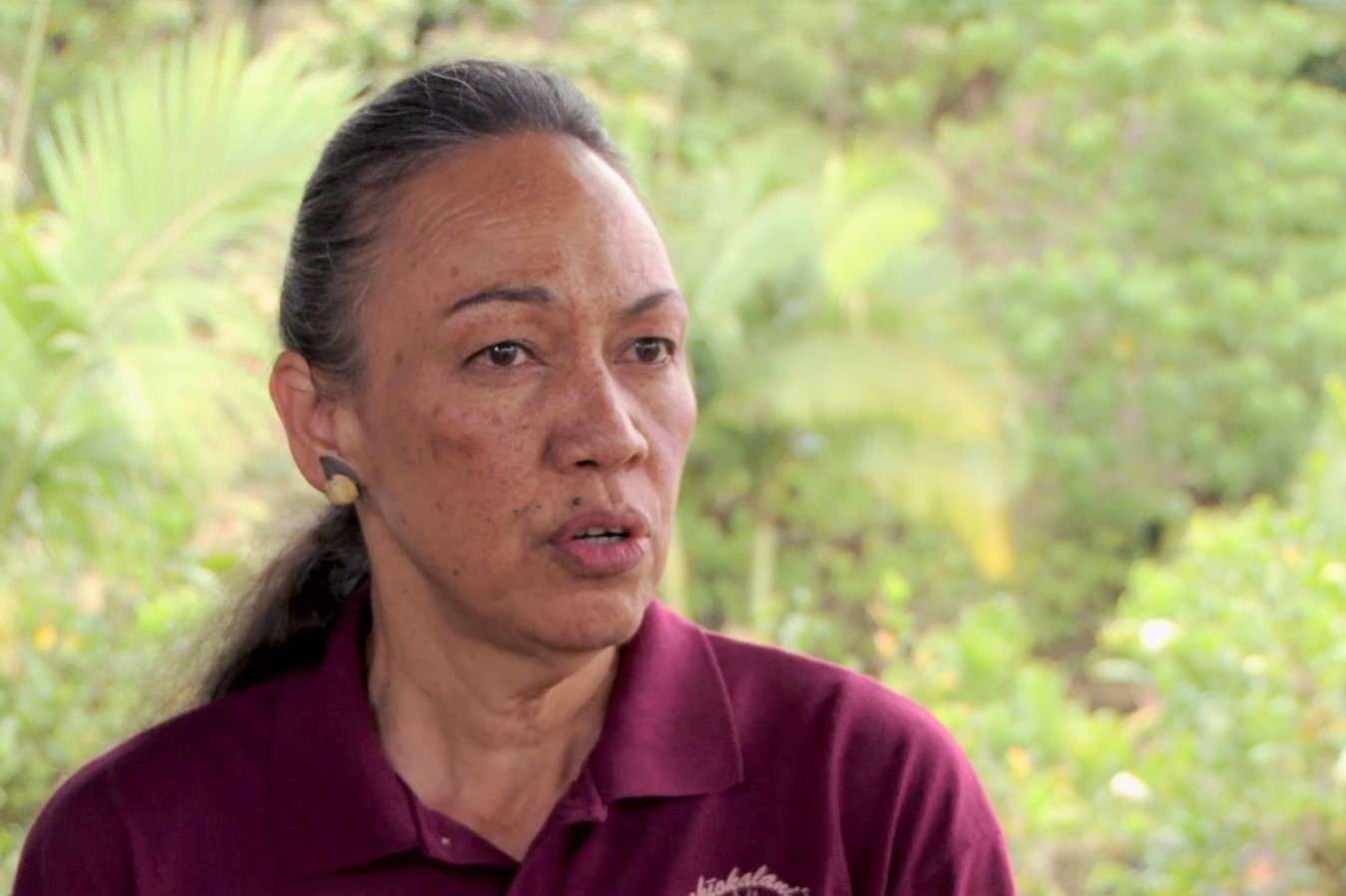 Hawaiian was always meant to be spoken. For hundreds of years after Polynesians settlers came to the remote Hawaiian islands, theirs was strictly a spoken language. They had no written alphabet or script and passed on their religion, history, traditions, and culture orally.

Only after missionaries arrived intending to convert the native population to Christianity was there a need for a written form of the language. They wanted their Bible translated. By 1826, they developed a written version of the language using 13 letters, five vowels, and eight consonants. They cut out all functionally redundant, interchangeable letters and made the alphabet close to the ideal of one sound, one symbol.

That makes Hawaiian easy to both teach and learn – but still beautiful.

“To me, this phrase evokes a beautiful image,” says Wilson, “He lei ka moʻopuna i ke alo o ke kupuna.”

It roughly translates to: A grandparent holds a grandchild with arms around their neck as if wearing that child as a lei. Wilson’s plan was to keep the grandchildren speaking the beautiful words of their elders. The name of his school Aha Pūnana Leo is similarly warm, meaning “nest of voices.” And that describes his teaching methods, feeding students solely their native language and culture in a safe place, the way birds care for their young in their nests.

And the plan appears to be working. A 2016 report by the State of Hawaii Department of Business, Economic Development, and Tourism found that only 5.7 percent of Hawaiians spoke Hawaiian at home. Statewide, that was about 18,600 people in all.

According to 2021 school enrollment statistics, children 3 to 17 accounted for about 7,000 budding new speakers.

Media, not just schools, are fueling the language Renaissance these days. Recently, lifestyle magazine Flux Hawai’i hired a Hawaiian language editor, the first such editor in decades. The state’s largest newspaper, the Honolulu Star-Advertiser, runs columns written in the language. A myriad of organizations are also putting the language back into the mainstream, including the Hawaiian Civic Club movement; Alu Like, a social services program for Hawaiians; and the Office of Hawaiian Affairs, a self-governing corporate body of the state.

“The greatest success is seeing families where children are being raised speaking Hawaiian from birth, going to school totally in Hawaiian, and then making positive contributions to maintaining Hawaii’s distinctive identity, while also contributing to the overall well-being of our society,” Wilson says. “The indigenous language and cultures of the country deserve to be protected and supported to ensure their survival.”

That sound moving softly, paʻē, is becoming a proud roar, one speaker at a time. 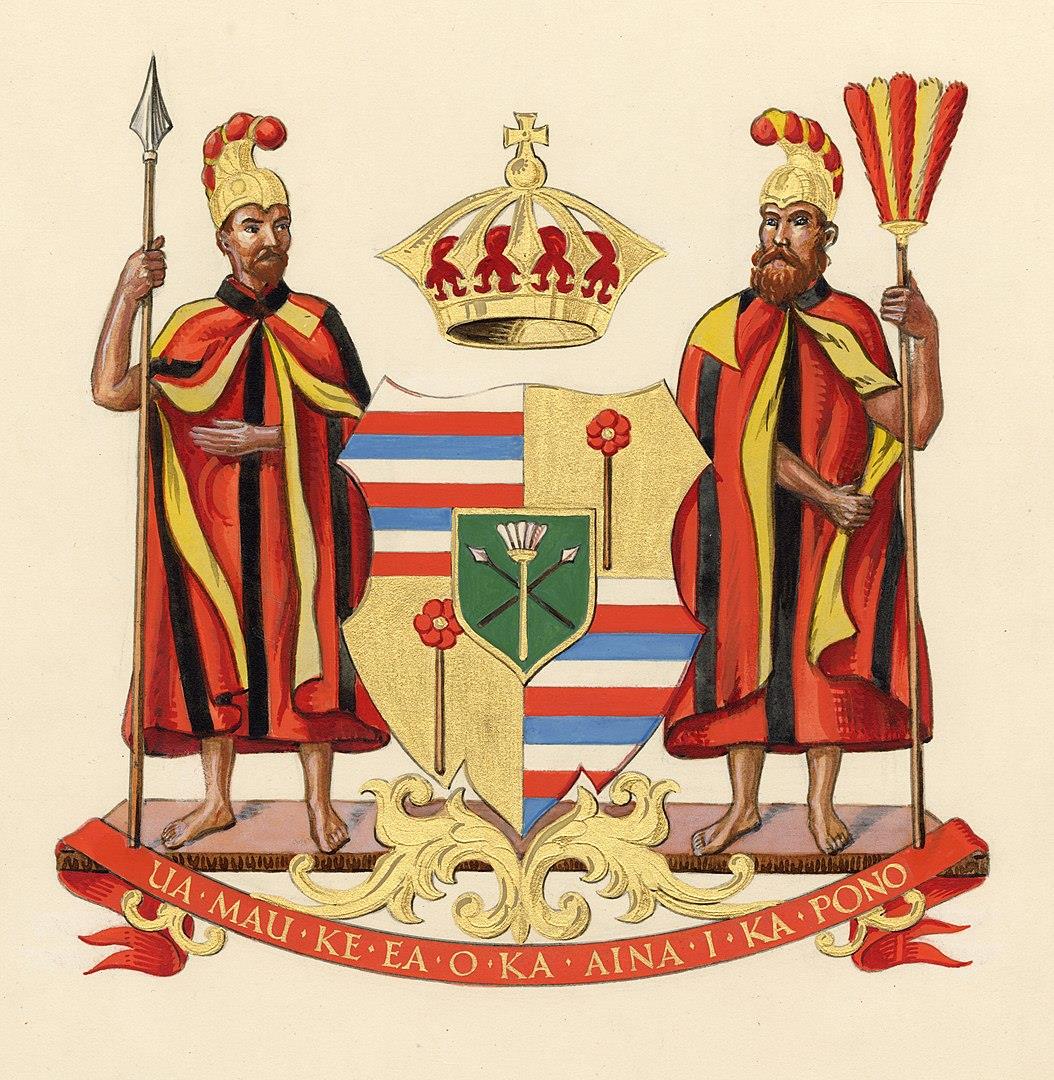 The Coat of Arms of the Hawaiian Kingdom. Photo credit: The College of Arms ( Heralds’ College) by Mr. King by commission of Kamehameha III / Wikimedia Commons

A SAMPLING OF HAWAIIAN WORDS AND PHRASES

Until we meet again.

Hello and goodbye, but its literal meaning is love. Aloha expresses wishes for a positive and respectful life. Aloha wau ia oe (ah-low-ha vow ee-ah oh-way) means “I love you.”

A shrine or place of worship, a sacred place.

The best or the finest.

Family in an extended sense including blood-related or of an adoptive nature.