Did the French Invent Everything? (Or Do They Just Think They Did?)

It was at a flea market in Paris that I saw the odd-looking machine. Resembling a toy computer, or maybe the offspring of an accordion mating with an electric typewriter, the curious object was offered at 60 euros, or about 59 dollars. I recognized it immediately, as most Parisians would, as a technical emissary from the city’s futurist past: a Minitel.

Introduced with much fanfare in 1980, the Minitel plugged into your phone line and brought the commercial world into your apartment. One could type on its small keyboard the word “plumber” (or rather, “plombier”) and behold, its paperback-sized screen would offer up, in dot-matrix type, a list of local fixers of water-related catastrophes (you hoped). Nearly two decades before the internet, here was a device that finally went beyond Alexander Graham Bell’s outdated telephone, already over a century old and offering not much more than a dime call.

I remember, on long-ago visits to Paris, being fascinated by this technological marvel, as well as a little jealous of its use. A friend recalls its daily utility, looking up film times, finding addresses and phone numbers (no more bulky directories), or checking up on the latest news. It was a squint into the raucous sea change that the online future would bring soon enough, but the French were already ahead of the wave. One doesn’t usually think of France as a futurist society, but despite its reputation as firmly ensconced in the old world, the country has long been in the vanguard of technical innovation. (After all, they invented the word “vanguard.”)

The Germans may have invented moveable type, the British claim television as their own, and the Americans came up with the lightbulb, the home computer, and a few other things. But the French like to think they came up with everything else.

This is not what they’re known for. Mention France to an American and you’re likely to hear about the great impressionists, the Tour de France, the French New Wave, obstinacy, pride, Maurice Chevalier, Serge Gainsbourg, fashion week, the cheeses of Normandy, the wines of Burgundy. You might therefore perceive a country very much concerned with aesthetics and rather stuck in the past. But along with the country’s enviable culture, there’s a concurrent history of modernity and invention, going back over two centuries.

It was at Versailles in 1783 that the Montgolfier brothers set off in the world’s first hot air balloon, inaugurating the age of air travel over a century before two bicycle engineers in North Carolina developed their first airplane at Kitty Hawk. 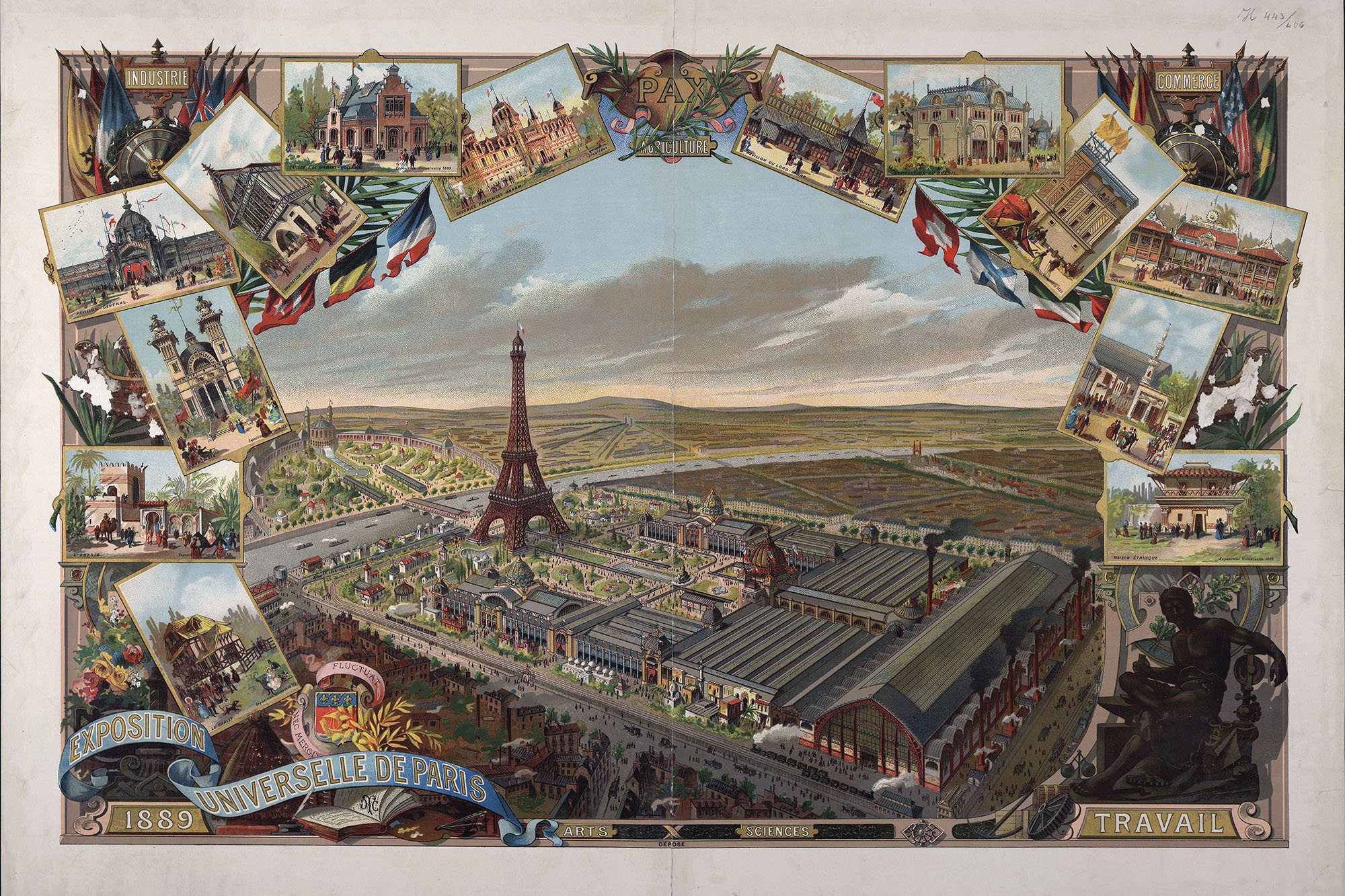 And though the Americans are usually credited with inventing the skyscraper, arguably it was the Eiffel Tower in 1889 that heralded the age of vertical bombast. In fact it wasn’t until the Chrysler Building was completed in 1930 that New York wrestled away from Paris the boasting rights to the world’s tallest manmade structure. When Eiffel’s tower first went up, some contemporary critics complained that it had defaced the city with its ostentatious design, but it’s always been popular with the public.

The metro trains in Paris have tires instead of steel wheels, which help with acceleration and gradation, but it also means they’re quieter than in most other systems. It took only two years to build the city’s first line, opened in time for the Universal Exhibition of 1900. In scratchy film of the exposition, you can see another invention now found in every airport: moving sidewalks.

Launched in 1866, the Paris pneumatique — or “pneu” — was a message system using air-compressed pipes laid in the sewers. By the 1930s the network connected 140 post offices around the city. A written communication sent in the morning could arrive at its destination that same afternoon, having been placed in a metal cartridge and inserted into the system, arriving with a twang at one of the stations connected to the network. The public system was operated until 1984, when declining use couldn’t justify its costs. But a government system, connecting key offices, was in use until 2004.

Ultimately many of these inventions were superseded by other innovations or proved financially unsupportable, and the Minitel didn’t lead to development of a computer industry in France, any more than the pneu led to compressed-air tubes being installed under the oceans and around the world. Some of these fanciful devices remind me of Jules Verne, who in the 19th century was said to have anticipated cars, space travel, and the internet, none of which were invented by the French. 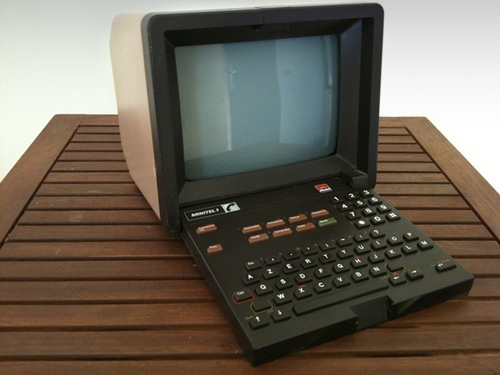 Of course if you’d acquired that Minitel at the flea market, your 60 euros would have bought you little more than a sculpture, because the machine won’t work anymore (the service ended in 2012, later than I expected). But offer up some respect for the invention, and even its down-market sequel, the inevitable porn edition, the “Minitel Rose” (the Scarlet Minitel). This service used the same device but connected its users into the sexual demimonde, its lists of plumbers replaced with, well you can imagine. As with the hand-wound Kinetoscope (another French invention) advancing the movie industry with smutty film clips (ditto), sex has never been far from exploiting technology’s commercial possibilities. Or was that the idea all along?

I wonder if it was the aesthetics of these inventions that interested the French more than their potential societal improvements. The underground tubing of a city delivering shells of love messages rather than explosive devices; a voluptuous balloon that propels people up into the sky; an iron structure that lights up like a beacon of warmth and invitation at night; a toy TV screen and keyboard that connects lovers across the city — are these more inventions of romance than utility? Perhaps the French are not so much mothers of invention as creators of flamboyant art installations and designers of romantic engagement. This might line up more with their reputation, to further their sensualist project, living la vie en rose. To use another French expression.