She received threatening phone calls at all hours. Strangers threw rocks through her windows. And the Ku Klux Klan burned crosses on the front lawn of her Little Rock, AR, home.

Daisy Bates, a crusading Black journalist and outspoken civil rights activist, was an advocate for desegregation at a time when many white Americans believed mobilizing national guardsmen to keep Black students from entering a “white” public school was the “right thing” to do.

Bates was best known as a mentor to the Little Rock Nine, the first Black students to integrate public schools in Arkansas, in the fall of 1957.

“She is a household name throughout Arkansas,” said Ashley Kemp Wimberley, executive director of the Arkansas Press Association. “In fact, Presidents Day in Arkansas is also celebrated as Daisy Gatson Bates Day.”

Bates was introduced to civil rights activism by her husband, L.C. Bates. Together, they founded the Arkansas State Press in 1941, a newspaper that covered Black issues ignored by white-owned papers.

“L.C. encouraged her to get active at the paper, and I think when she went there, she was so attracted to his crusading spirit,” said Elizabeth Jacoway, a Little Rock historian who interviewed Bates in 1976. “She began to see [journalism] as something that could be glamorous, and also something that could be courageous and effective.”

While L.C. was renowned for his strongly-worded editorials, Daisy was admired for her effervescence, sense of style, and bravery. “She was so beautiful, and just so fearless. She kind of liked to mix it up,” Jacoway noted.

“Her husband was a real newspaperman,” said Janis Kearney, author, publisher, and associate of Bates. “He was so fiery and so courageous. He was the real voice of that newspaper, and she was the face — they made an excellent, excellent duo.

“She brought in ads for the newspapers. She was very charming and very bright — I think that made it acceptable to white business owners who decided to give ads.”

In 1957, Bates was at the center of public school integration as both the leader of her local NAACP branch and co-owner of the Press. The paper published editorials critical of how slowly the local government was implementing desegregation, as mandated by the US Supreme Court in its landmark 1954 decision Brown v. Board of Education of Topeka.

During the so-called Little Rock Crisis, the Bates residence became a place where journalists could rest, exchange information, and enjoy Daisy’s home-cooked meals.

“I think Daisy and L.C. were really the point people for a lot of journalists,” Jacoway said. “Not only the Black journalists — lots of whites were in and out of the house too.” 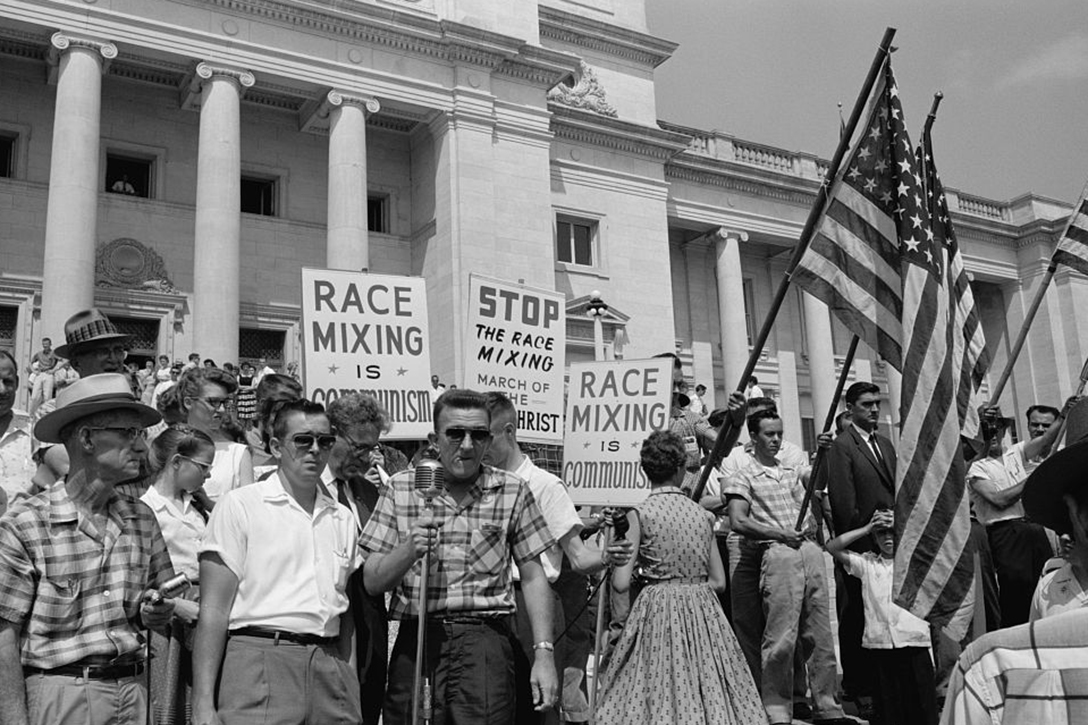 But the Bateses paid a steep price for their activism. In 1959, the Arkansas State Press folded due to economic stress and persistent violence. “White advertisers began to boycott the Press in response to Bates’s encouragement of the Black students,” Wimberley said. “The loss of advertising, paired with physical intimidation and threats to the safety of Black newspaper carriers, forced the paper to close.”

After the newspaper shuttered, L.C. and Daisy Bates moved to New York, where Daisy wrote her memoirs. Kearney said that when the Bateses left Little Rock, the robust Black newspaper culture began to disintegrate without their leadership.

More than 100 of the 500 historically Black national newspapers were based in Arkansas from the 1860s to the 1990s, Arkansas State University reports. None of those papers is still in operation.

“A lot of Black press had been kind of swallowed up by larger organizations or larger papers,” Kearney said. “I think, as a whole, integration made a lot of people feel that things have changed for the better and we don’t need to work as hard to get our stories out there.”

Daisy and L.C. had a different view. Daisy Bates restarted the Arkansas State Press in 1984, four years after her husband died, in accordance with his wishes. Within three months, she announced her retirement.

“I came in and asked her if she would consider selling the newspaper to me,” Kearney said, “because I had a passion for small newspapers in the African American community.”

Kearney credits Bates with teaching her the newspaper business. “She was my mentor. She taught me the basics of how do you write an editorial,” Kearney said. “She said, ‘A lot of times you’re gonna have backlash.’ She would give me pep talks about our place in the community, that we were still needed.”

Kearney believes that Bates’s life and legacy underscore the enduring importance of independent Black journalism. “I think there will always be a need for that other voice,” Kearney said, “or for stories to be told from another perspective.”

Jacoway noted Bates, who died in 1999, is finally getting some well-deserved recognition on a national level. A design for a commemorative statue in the Capitol Rotunda in Washington was approved last month by the office of the Capitol architect.

“I think the most important lesson she demonstrated,” Jacoway said, “was that courage and tenacity carried the day.”