The James Joyce masterpiece Ulysses — published in its maddening entirety in Paris, in February of 1922 — was no help to beer vendor Howard Hart one night at Oriole Park at Camden Yards in Baltimore.

Hart, a good-natured Irish Catholic who has made his living selling beer to sports fans for decades, made the mistake of inferring that Ireland was part of Great Britain while working a 2016 Orioles game.

Two groups from across the pond were sitting near one another in Hart’s section, one from England and the other from Ireland. The veteran beer man found the situation curious and mentioned it.

“Wow,” he said to an Irish woman along an aisle, “I have two sets of folks from the UK here tonight.” Outraged by his words, the Hibernian all but quoted Ulysses with a response along the lines of, “The devil break the hasp of your back…”

Seeking to curry favor (and make a sale), Hart trumpeted his Irish heritage, boasting, “I’ve read Ulysses, and believe me, that’s an act of love!”

The group from the Emerald Isle left in the seventh inning, and team officials reprimanded Hart after the game. His wise-guy coworkers then put up posters around the ballpark announcing, “Readings of Ulysses by Beer Man Howard Hart Tonight!” 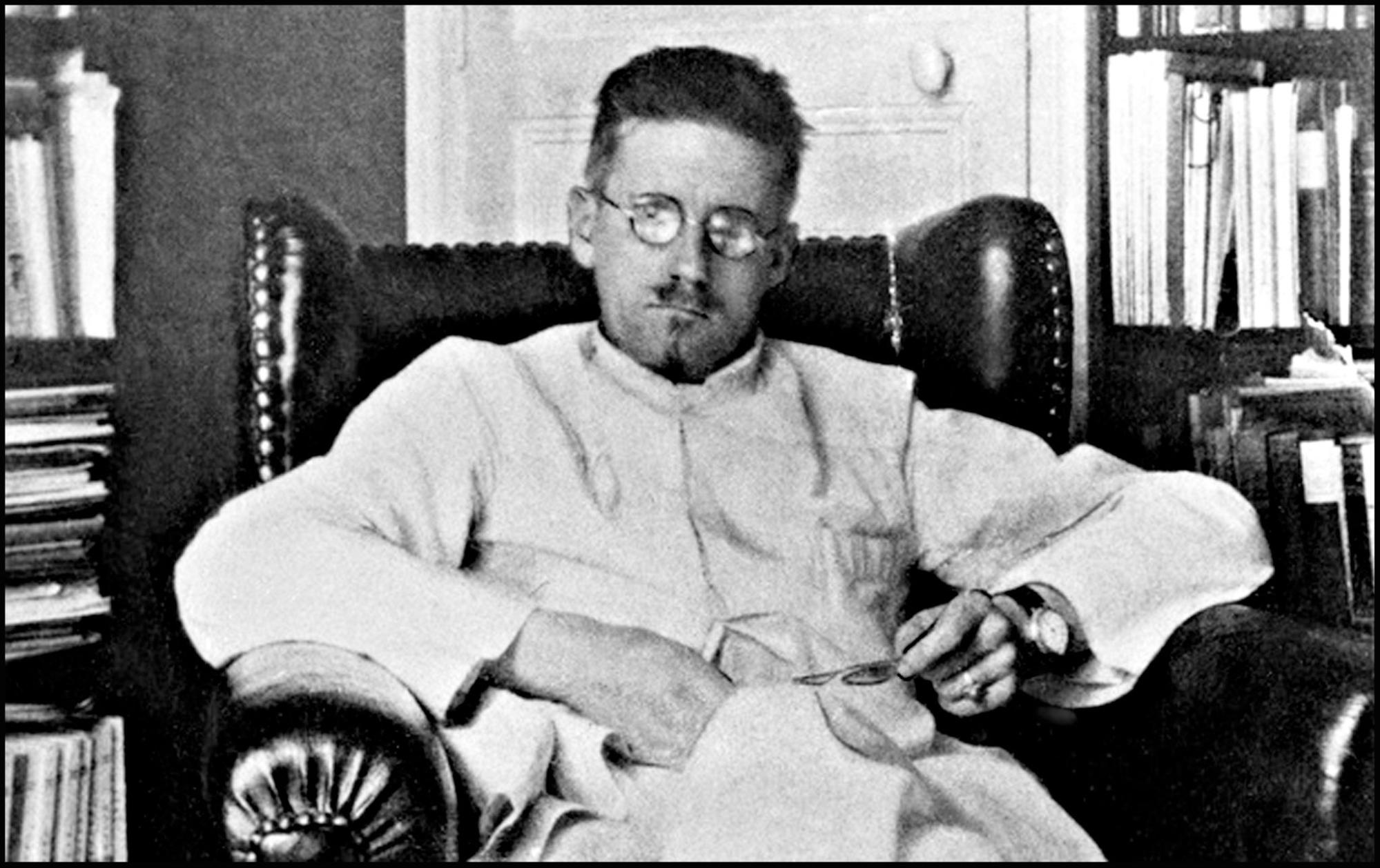 Very funny, as is Ulysses here and there. But Hart was right about one thing: If true love is defined as work and sacrifice, then reading the 700-plus pages of Ulysses fits the bill. The story chronicles an otherwise unremarkable day — June 16, 1904 — in the life of Irish Jew Leopold Bloom as he wanders from one side of Dublin Bay to the other.

It is a long and difficult work that has beckoned bookworms from the moment Sylvia Beach — of the Shakespeare & Co. bookshop in Paris — brought it out whole after serialization in the face of obscenity charges.

“I’m obsessed with Ulysses,” said Maryland photographer Christine Lundquist Fillat. “I’ve been reading the same 10 pages in the first chapter for probably the past 10 years. Every time I learn something different, but then I stop and have to go back and start again.”

It has bedeviled many thousands of aging English majors, Irish Americans longing for visions of their grandparents’ homeland, and otherwise voracious readers who fear their education will be incomplete until they finish.

“One of those books that the literary world slobbers over,” said Leo Ryan, a Maryland magistrate who has tried and failed at it a dozen times; “Thus,” he said, “I bear the collective guilt of all of my Irish ancestors. It’s comforting to know there are intelligent people who feel the same way.”

The book’s strange and teasing joy rewards the faithful reader the way the guru atop a peak says to the self-satisfied pilgrim, “These are just the foothills, yonder lie the mountains.”

“Once you begin to understand it, you realize how little you understand,” said Patrick Hastings, author of The Guide to James Joyce’s Ulysses, set for release on the day of the centennial by Johns Hopkins University Press.

“You always know there’s more there,” said Susan Muaddi Darraj, author of the short story collection A Curious Land: Stories from Home about residents of a West Bank village in Palestine. Still, Darraj allowed, you can fall in love with it without understanding it, just like in romantic relationships.

To find out what all the fuss is about and whether the effort was worth it, folks in this centennial year of its publication have wrestled with the text in a variety of ways.

Baltimore cinephile and Edgar Allan Poe scholar George Figgs regularly visits webcams outside of pubs in Dublin that Joyce was said to frequent to “watch for his ghost.”

Arthur Greenblatt, an artist living in Ontario, Canada, has been listening to the book on his daily walk, from which he reports that when you hear the prose in the proper Gaelic accent, “It’s definitely more music than language.”

Lynne Shapiro, a poet living in Hoboken, NJ, organized a Ulysses reading group via Zoom at the beginning of the COVID-19 pandemic in 2020. They finished about a year later, in May 2021.

“I wrote to all of the Joyce societies in the English-speaking world to get started,” said Shapiro. “Finally I found some folks in Mineral Point, WI, who said, ‘Let’s do it’ and we built the group from there.”

A retired educator, Shapiro said she “knew if you expected folks to read ahead of time for each week’s discussion, not everyone would do it and there’d be a lot of bluffing and shame. So we decided to take turns reading it out loud.” 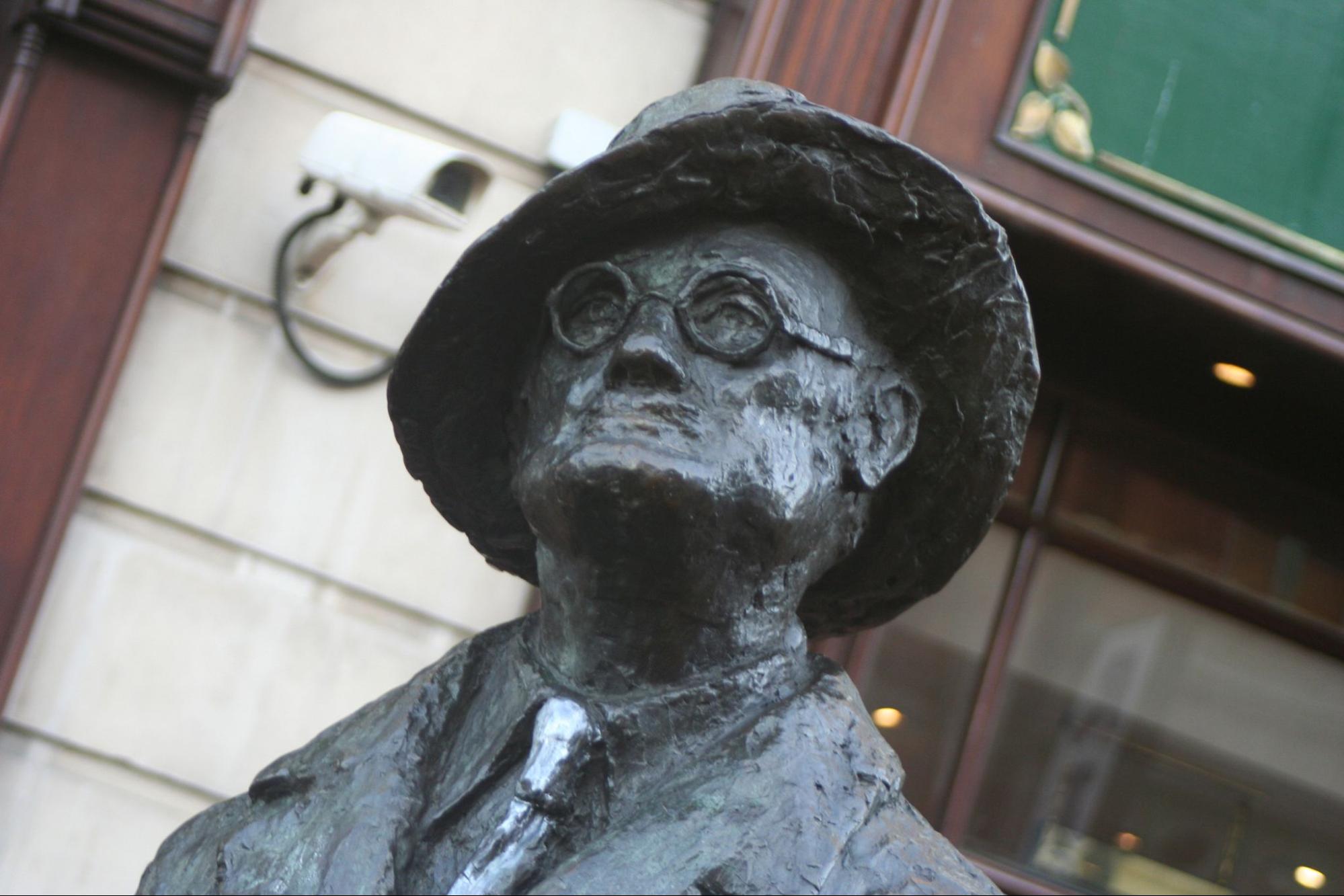 The different voices of people from one side of the country to the other as they read aloud, said Shapiro, made the experience far more enchanting than only listening to the voice in your head.

Most who are smitten by the book — or more aptly, the idea of the book — enter the tale via print, as Marilyn Monroe did in a famous 1955 photograph, a well-worn copy on her knees as she sat in a playground in Long Island, NY.

Photojournalist Eve Arnold (1912–2012), who took the shot, said that the Hollywood icon “kept Ulysses in her car and had been reading it for a long time. [Monroe] said she loved the sound of it and would read it aloud to herself to try to make sense of it.”

It is not known if Monroe ever finished it, something Fillat said she herself is determined to do “in its birthday year.”

“It is an attainable feat, like swimming across the Chesapeake Bay, which I did when I turned 50,” said Fillat. “Difficult, yes — but possible.”

Rafael Alvarez — author of Crabtown, USA — is a former staff writer for HBO’s The Wire. He can be reached via orlo.leini@gmail.com.