KHARKIV, UKRAINE — In the trendy shisha bar in the center of Kharkiv where they’re taking a quick break from work, Valery Neyman and his co-worker look slightly out of place, even in post-invasion Ukraine: clad in full camouflage military attire and bulletproof vests, assault rifles resting against the wall.

“Work” for the pair is providing first response to a shelling: They secure the area after a missile or artillery shell hits the city to then remove shrapnel and any unexploded ordnance. Valery is expecting me and gets up to shake my hand.

With his fresh buzz cut, stylish beard, and two earrings, Valery could have fit in among any of the people I’ve met in a popular nightclub in Kyiv or another Ukranian city.

Yet, in addition to his uniform and the weapons, another sign betrays the momentous change that has upended every Ukrainian’s life: On his right cheek, there’s a freshly tattooed tryzub (a trident), the national emblem of Ukraine. The tattoo is a provocation and an assurance.

“In territories occupied by the Russians, they check for patriotic tattoos and they’ll kill you if you have one, which is why I got it,” he explains.

“I don’t want to talk with them, don’t want to negotiate. If they find me, I’ll fight to the death,” he adds, punctuating his explanation by pantomiming the burst of an imaginary machine gun.

A suicidically patriotic soldier doesn’t look entirely lost in a crowd of cosmopolitan young people, because he isn’t lost. These are his people. Just two months ago, Valery was an up-and-coming musician in Kyiv’s blossoming electro scene, performing and recording under the alias Raavel.

If he hates the Russians for invading his country, he also has a personal score to settle: The Russians disrupted his career just as it was taking off.

“I’ve been making music for 10 years, and only last year has my music started to become popular,” he sighs. “Then the fucking war started. Well, what to do? I’m going to defend my country.”

As we sit and talk, in between each of his answers, Valery takes long drags from the hookah, the bubbling water and Ukrainian pop music blending together in the background providing a soundtrack.

Raised in a Russian-speaking household, he has switched to speaking Ukrainian in his daily life, but we converse in English.

A year ago, as Raavel was becoming popular, he joined the music label Mystictrax, headed by experimental electronic music produсer and DJ Volodymyr Baranovskyi, who has been performing in clubs around Ukraine since 2011.

Raavel is far from an outlier within Mystictrax: Six of the label’s 20 artists have joined the Ukrainian Armed Forces or the Territorial Defence Forces in their hometowns, while the others have involved themselves one way or another in their country’s war effort: Some are gathering and delivering food and medicine to vulnerable people around Kyiv, and others have started fundraising to buy equipment for Ukrainian soldiers.

During the first week of Russia’s invasion, when tank columns were threatening Kyiv, Mystictrax helped produce a compilation titled Together for Ukraine. The 65-track album includes compositions by renowned producers like Laurent Garnier and Ben Sims, and cover art designed by German photographer Wolfgang Tillmans. The proceeds from the sales, around $15,000, were subsequently given to a number of humanitarian organizations in Ukraine. 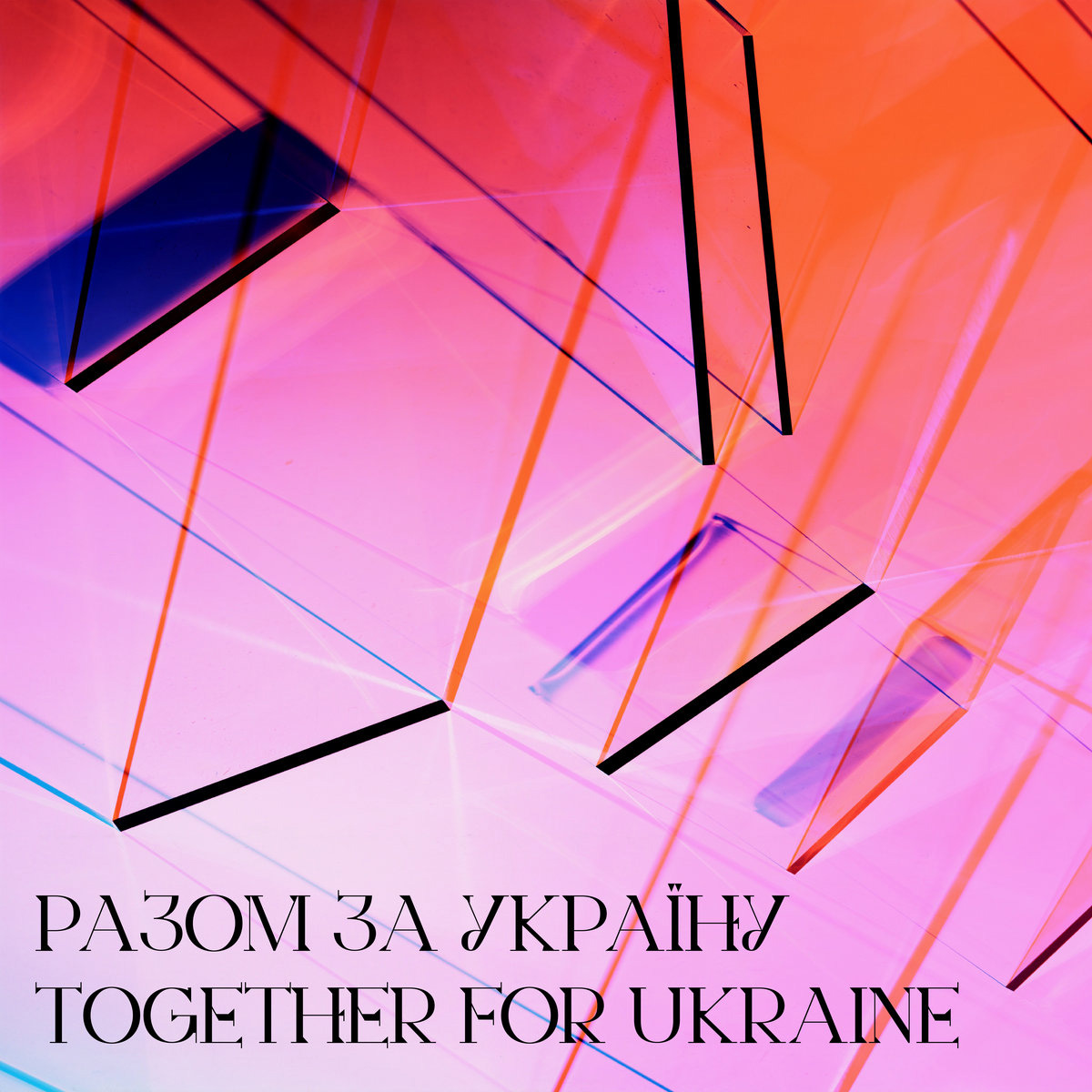 Many Ukrainian artists have similarly involved themselves in fundraising efforts and have used their craft to draw attention to the war.

“I know a lot of artists who left Ukraine,” he says. “When I’d ask them why, they would answer, ‘Oh I have health problems,’ or something else. And I’m like, alright, we all have our own problems.”

He wanted to join the army immediately and start fighting, but a friend convinced him to volunteer at a hospital in Kharkiv. What he saw served as a grim initiation to war’s realities.

“I would help carry people, apply some bandages when needed,” he says. “I saw a lot of wounded soldiers when I volunteered there, children who died, as well as older people.”

His unit — combat engineers, technically, or sappers — is positioned roughly 12 miles away from the center of Kharkiv, Ukraine’s second largest city and one of the hardest hit by the war. Every day, Russian artillery and ballistic missiles pummel the suburbs of the city, forcing the remaining inhabitants to take shelter underground. As we speak, the muffled sounds of explosions rumble and thud in the distance.

As part of a demining unit, his duty now is to detonate or defuse the unexploded bombs and mines that are scattered all over the country.

“Instead of running away from unexploded ordnance, the guys from my unit will run up to it to inspect it,” he says, laughing. “We’re madmen.”

Producing music, even in occupied cities, has become a vital form of escapism that continues even as other conditions deteriorate.

On a sunny afternoon back in Kyiv, I meet Ian Yeriomenko — another Mystictrax artist — in his apartment in Podil, Kyiv’s historic downtown neighborhood.

“The invasion was unexpected, but not as unexpected as in 2014,” he tells me. “A week prior to the attack, I had already begun to stockpile some food.”

In the first days of the war, Ian had helped gather and distribute medicine, clothes and supplies with other volunteers around the city.

“When the war started, my first thought was to grab a rifle and head to the frontlines,” says the 30-year-old as he pours himself an early cocktail. “But when I saw the real soldiers, I realized that there was no room for me at the front.”

Once the initial shock of the war had receded, Ian went back to composing, though he says his music has been altered by the experience. He gets up and puts on one of his latest tracks, a moody, ambient piece that slowly fills the room with a pulsating rhythm, reminiscent of a heartbeat. 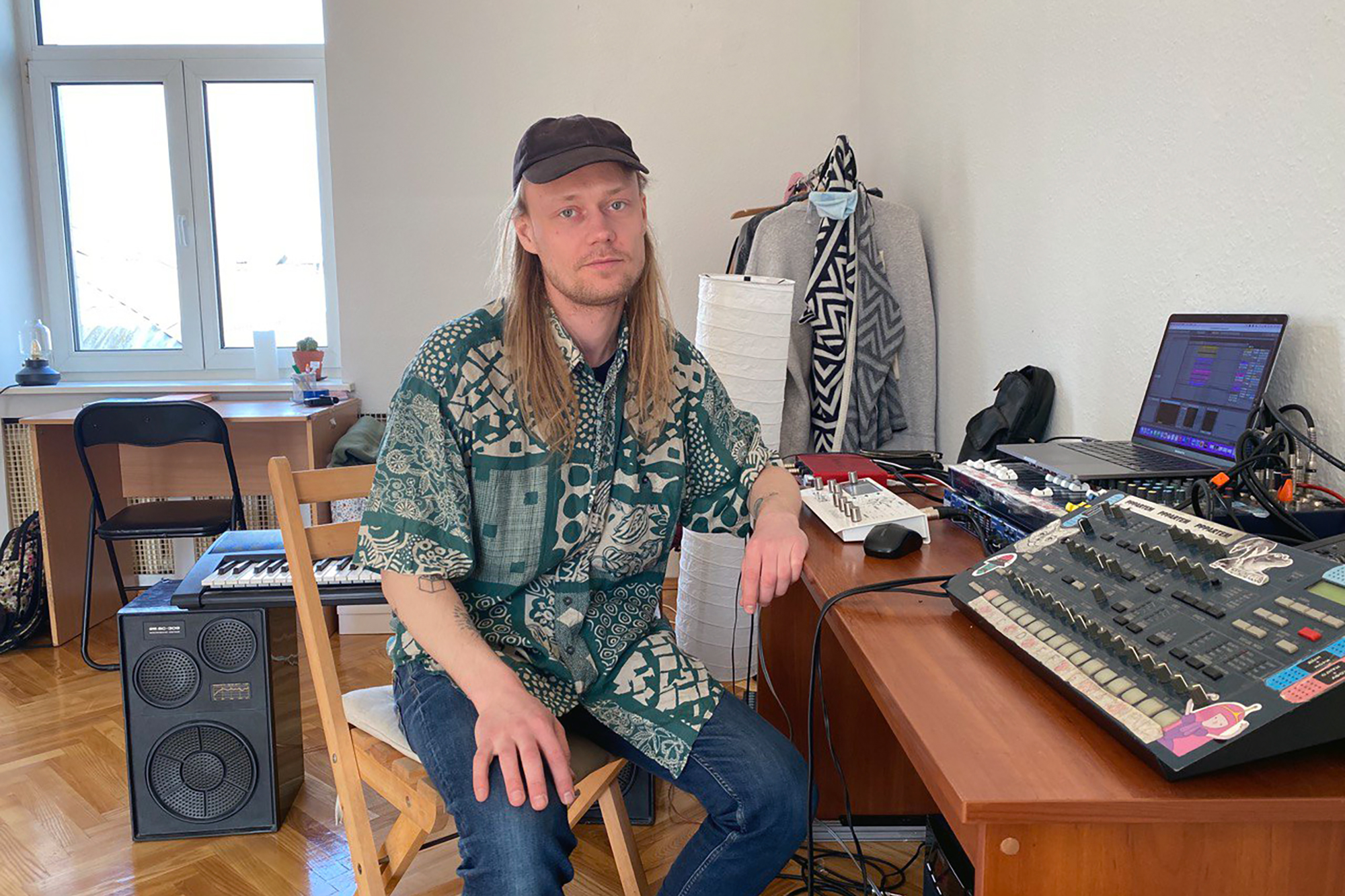 “This music lends itself better to reflecting on life in the wee hours of the morning, rather than to partying,” he tells me with a faint smile.

Producing music, even in occupied cities, has become a vital form of escapism that continues even as other conditions deteriorate.

Arthur Kriulyn is a DJ who currently lives in the southern Ukrainian city of Berdyansk, which has been occupied by Russian forces since February 27.

“At first there were constant sirens, and the administration asked to keep the lights off,” he explains via Telegram. “It was very tense and creating music wasn’t my priority.”

Shortages of food, gas, electricity, and water have become the norm, while violence against the Ukrainian population is rampant. Administrative buildings have been seized by the occupiers, and collaborators have taken over the administration of the city.

Despite the power outages and lack of internet, Kriulyn has been able to produce and put out a number of compositions for Mystictrax. “Music has become some kind of therapy in these strange times,” he says. “We have to keep believing in the best outcome — our victory.”

Not all of Mystictrax’s musicians have had the chance to keep putting out music. Valery has tried working.

“I have tried to produce some tracks at night, when I was already in the army,” Valery says. “I tried to record something, but I just couldn’t. My brain was in another dimension, I could not concentrate.”

“When this shit is over, I hope I’ll be able to go back to making music,” he told me, as he got up to grab the AK-74 resting against the wall. “That’s one of the thoughts that keeps me going.”