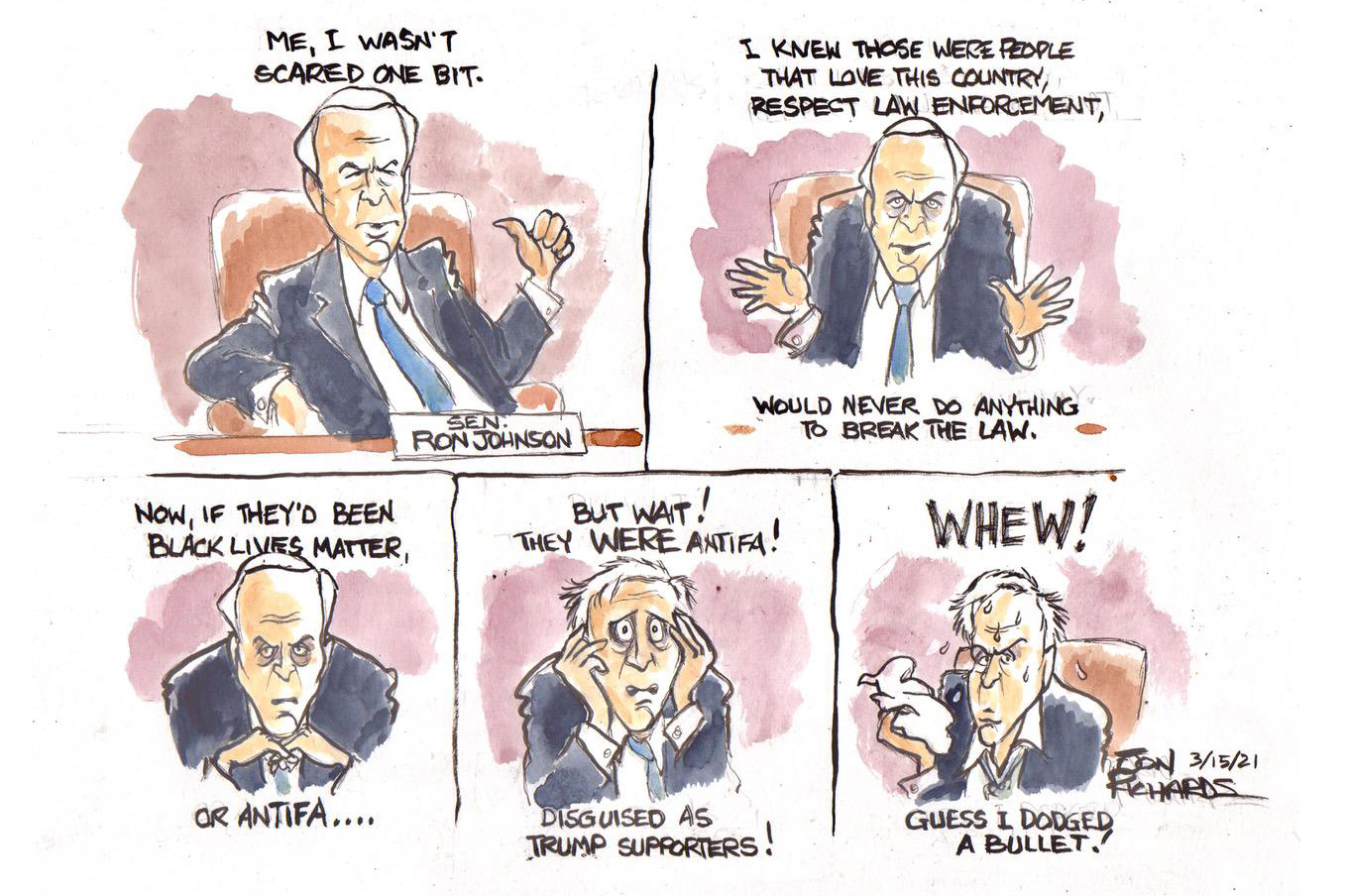 In a recent radio interview, Wisconsin Sen. Ron Johnson (R) said of the Trump supporters who attempted an armed insurrection at the Capitol on January 6: “I knew those were people who love this country, that truly respect law enforcement, would never do anything to break the law, so I wasn’t concerned.”

Days later, responding to a storm of criticism, Johnson insisted his comments were not racist, telling another interviewer, “It has nothing to do with race. It has everything to do with riots.”

Said Johnson, who is up for reelection next year: “I completely did not anticipate that anybody could interpret what I said as racist. It’s not.”