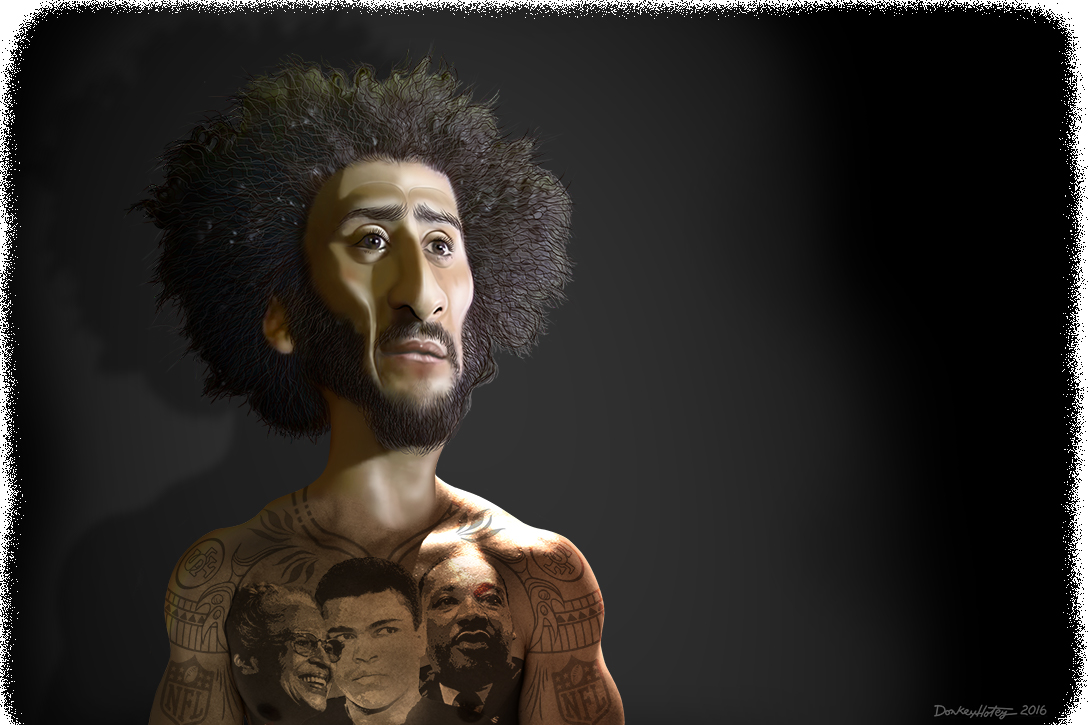 The Most Un-American Thing in the Kaepernick Saga

In a country that apparently has nothing more pressing to focus on right now, the hottest story last week was that of San Francisco 49ers quarterback Colin Kaepernick refusing to stand for the national anthem.

In explaining his small gesture of protest, Kaepernick said he would not “stand up to show pride in a flag for a country that oppresses black people and people of color.”

Predictably, some Americans lost their mind over this. Even Donald Trump weighed in on the “controversy.” The Republican nominee called Kaepernick’s protest “a terrible thing,” and added “maybe he should find a country that works better for him.”

It is particularly ironic that the people who want to “Make America Great Again” are using the tired “America, love it or leave it!” line. After all, the same could be said to anybody who wants to make any change to the status quo — such as, perhaps, building a wall along the entire US border with Mexico.

Kaepernick is using his status as professional athlete to highlight something that he perceives to be a problem in the US. The only “un-American” thing about his conduct is the fury of people who believe that Kaepernick should be punished for exercising his right to freedom of expression.

By the same logic, women would never have earned the right to vote. After all, if an American woman wanted to vote prior to ratification of the 19th Amendment, all she had to do was move to New Zealand or any of the other countries that already afforded women that right.

What about the civil rights movement? It wouldn’t have happened. Rosa Parks, you want to sit down on any seat you choose on a bus? Well, why don’t you hit the road and move to a country that isn’t segregated? And Martin Luther King and his famous speech? Dream on, buddy, not in 1960s America.

And let’s not forget the actions of perhaps the most revered athlete of them all: Muhammad Ali, whose life was recently celebrated by many of the same people now criticizing Kaepernick.

There is one thing that all people who take a stand (or, in the case of Kaepernick and Parks, those who do not stand) have in common: They are being vilified — and often threatened — for speaking out against injustice.

Make no mistake about it: Social change is not a comfortable process. But to progress as a society, America must recognize that protests are often necessary because they get people to confront an issue they would rather ignore.

Sadly, those who resist change always make it about the person… and not the issue. For them, it is much easier to attack somebody like Kaepernick and tell him to leave rather than to look at the underlying problem. Or in the mirror.