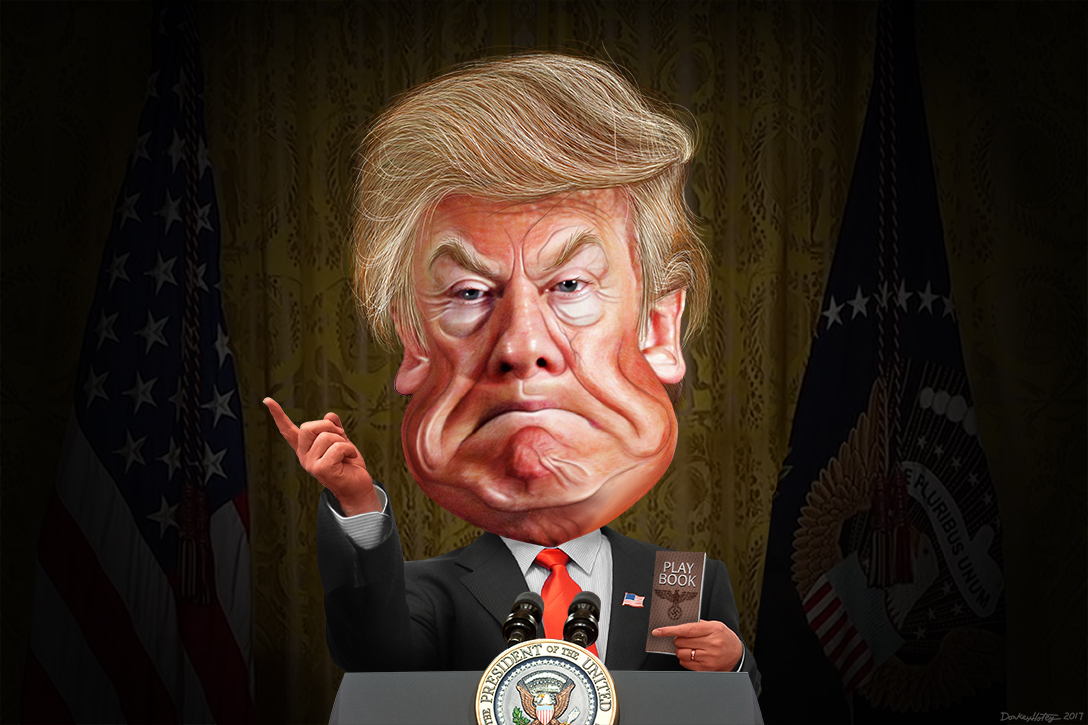 The agitated man accused the press of lying. He pointed out that reports claiming that the administration wanted to keep its people uninformed were incorrect and came from a “small group of intellectuals and professional naysayers.” The purpose of these false stories was to drive a wedge between the people and their leader. Furthermore, the man ranted, if one were to believe what the press wrote, it would appear that another world war was imminent. Nothing could be further from the truth, he added.

Somebody was clearly lying back then, but it wasn’t the “Lügenpresse” (lying press) that Goebbels was referring to. Fast forward to today and the term is being used again — this time by the alt-right, i.e., the ideological descendants of the guy Goebbels worked for.

Make no mistake, the German propaganda chief saying Lügenpresse (he was referring to US, French and British news outlets) and President Donald Trump calling the media “fake news” has the same purpose — to discredit one of the institutions that stands between them and unchecked power.

To be clear, we are not comparing the current administration to the one Goebbels worked for. The White House, however, is using a similar playbook to try to sideline the press.

It should also be noted that there is plenty to criticize the corporate media for — and we frequently do. It is very rare, however, that any journalist working for any of the reputable news outlets simply makes something up. The ones who do usually get fired, even though there are a few exceptions.

Calling outlets like CNN and The New York Times “fake news” is not just incorrect. It is also dangerous, especially when the person who does it is the president of the United States. In doing so on Thursday (as well as on previous occasions and almost daily on Twitter), Trump is undermining a free press — a cornerstone of US democracy.

That is why, even though we often disagree with what the corporate media covers or how they cover it, we at WhoWhatWhy stand with them against this unfounded attack.

Trump’s performance Thursday was clear evidence of the need for a free press, as he made several statements that ranged from outright false to gross exaggerations. The difference is that the media tries to get things right — and issues corrections or clarifications when they don’t. Trump and his team, however, double down on even the most egregious falsehoods.

This administration’s willingness to try to strong-arm the press should make reporters much more careful in how they handle information coming from the White House. Journalists have to be extra cautious in what they write. Anything that is not absolutely correct will be used by Trump to show that the “fake media” is out to get him. Therefore, reporters have to resist the urge of rushing out news in order to be first.

They should also be very aware that the administration might feed them false information to bolster its claim that the corporate media peddles fake news. We understand this is a difficult balancing act. The public has a right to know what the White House is up to. On the other hand, the media has to be wary of being deliberately misled.

Some reporters have already recognized this danger. It appears as though the White House often does not respond to requests for comment on certain stories but will cry “fake news” as soon as the information is made public.

When dealing with this administration, all journalists have to be mindful at all times that they are being viewed as the enemy and the opposition party, and that every misstep will be used to characterize them as Lügenpresse. And when that happens, we all lose.

The cartoon above was created by DonkeyHotey for WhoWhatWhy from these images: Donald Trump caricature (DonkeyHotey / Flickr – CC BY 2.0), background and front page panorama from (The White House / YouTube) and podium (Obama White House / Flickr).