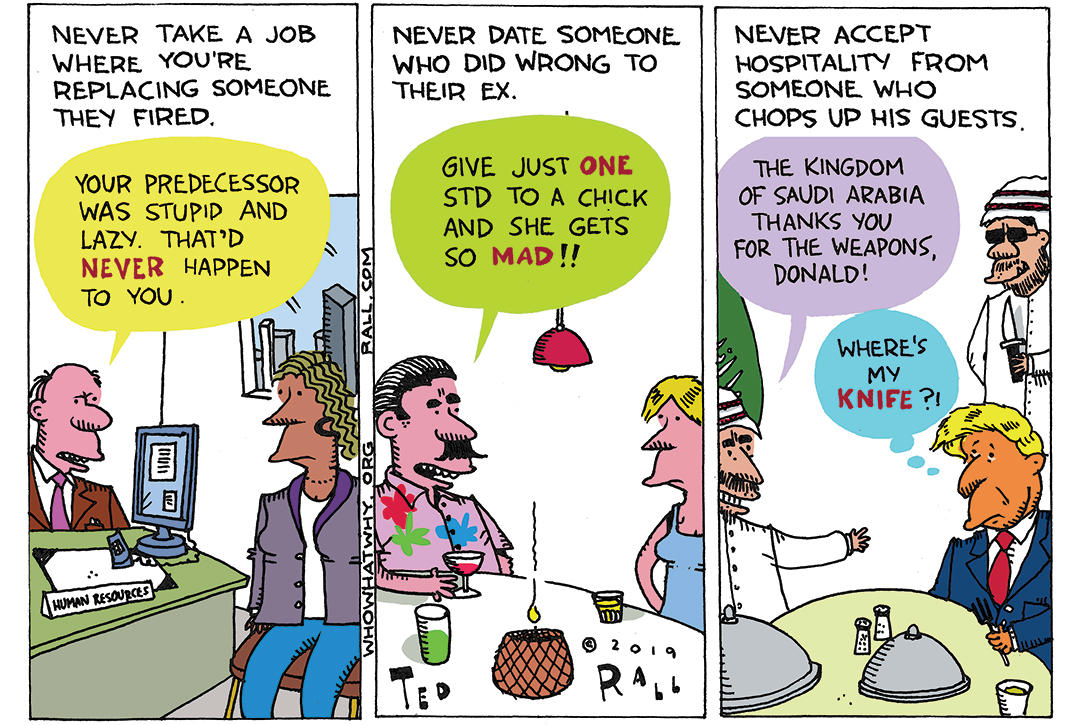 Trying to pander to African Americans, President Donald Trump recently criticized Sweden for not releasing rapper A$AP Rocky, who has been charged with assault. It’s curious that he never called out Saudi Arabia for torturing and killing Washington Post columnist Jamal Kashoggi.

Trump also vetoed legislation preventing certain weapons to be sold to the Saudis. All of this is further proof that Trump is much more comfortable with repressive regimes than the rule of law.