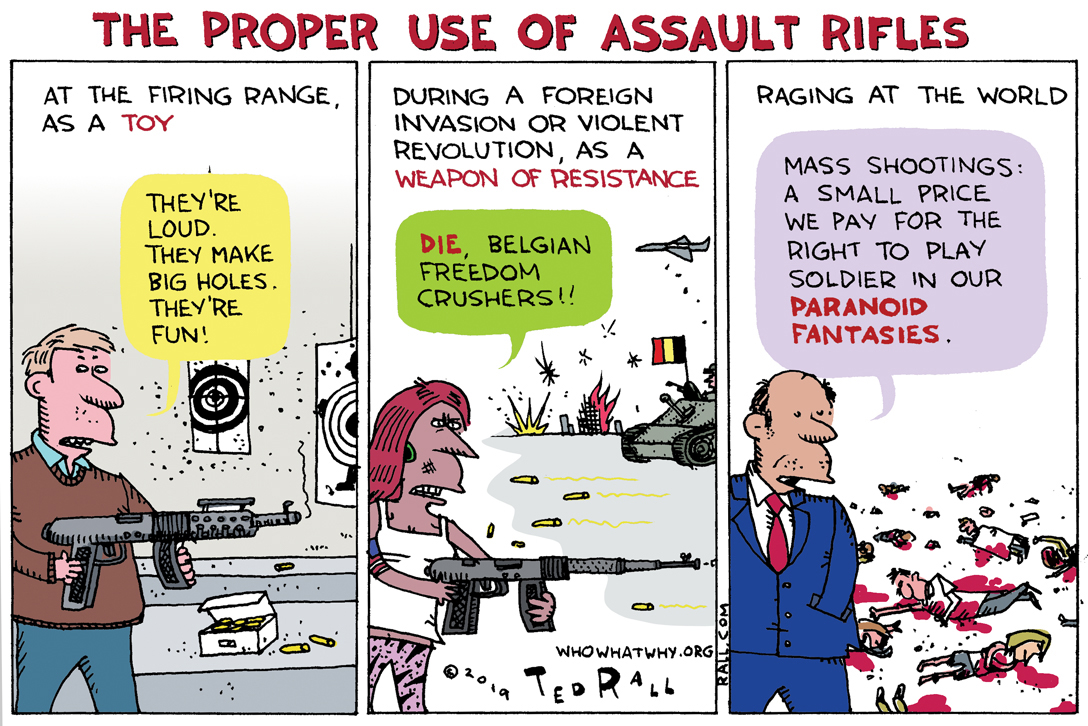 Those who defend the rights of regular Americans to own weapons of war often say that this is necessary to defend the US against tyranny or a foreign enemy. They conveniently leave out the fact that they would still be hopelessly outgunned if such an authoritarian regime ever were in charge.

Their argument is really just an attempt to hold on to their toys since experts believe such guns are not very useful for home defense. Given the fact that one use for such weapon is frivolous and the other is far-fetched, is the steady drum-beat of mass shootings worth it?