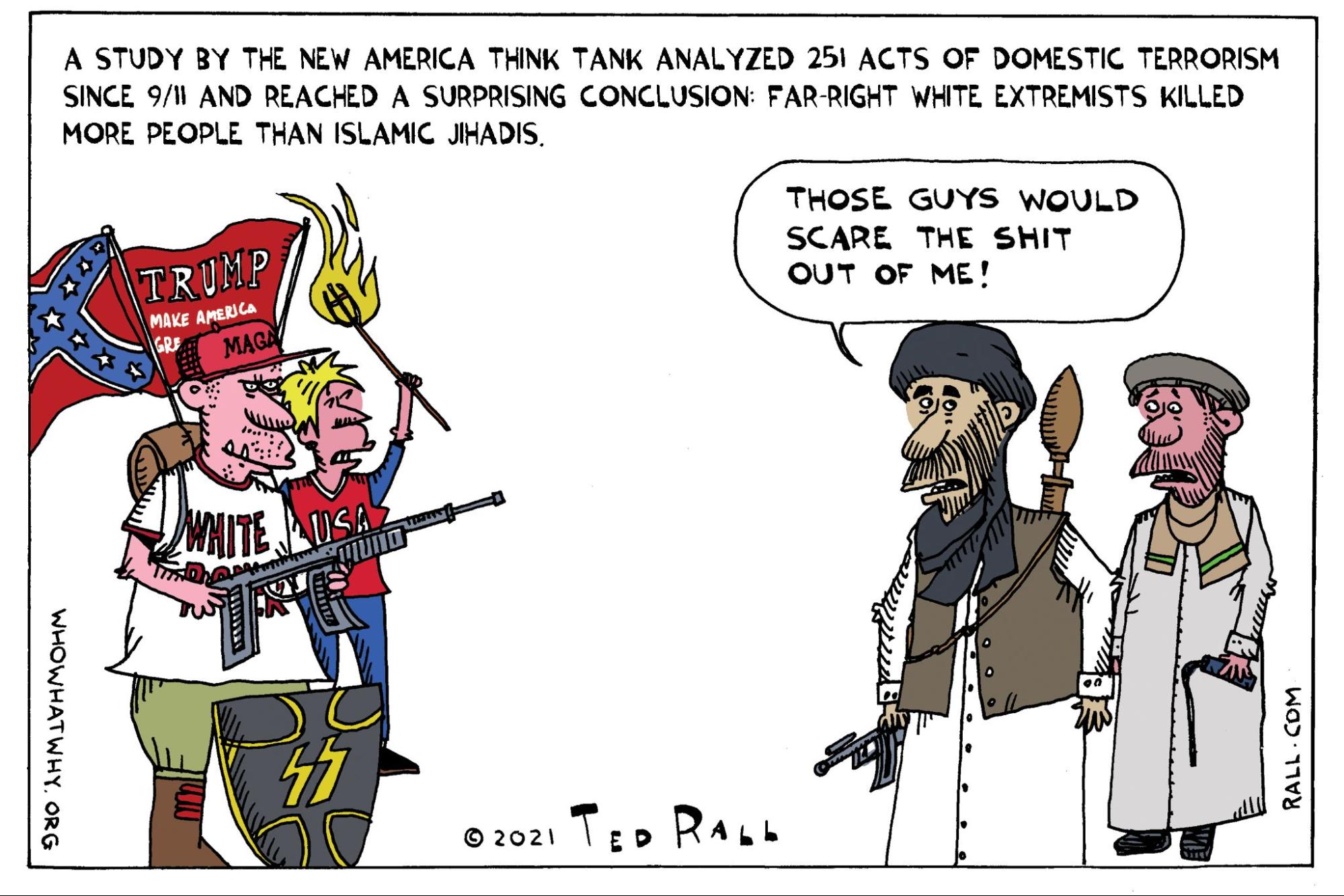 The Changing Face of Terror

“Radical Islamic terrorism.” Donald Trump relished using the controversial term, wielding it like a branding iron. He said those who couldn’t say its name were unfit to lead the country. But he chose not to say the name of something that has grown into what is now considered a bigger, scarier domestic threat: white supremacist terrorism.