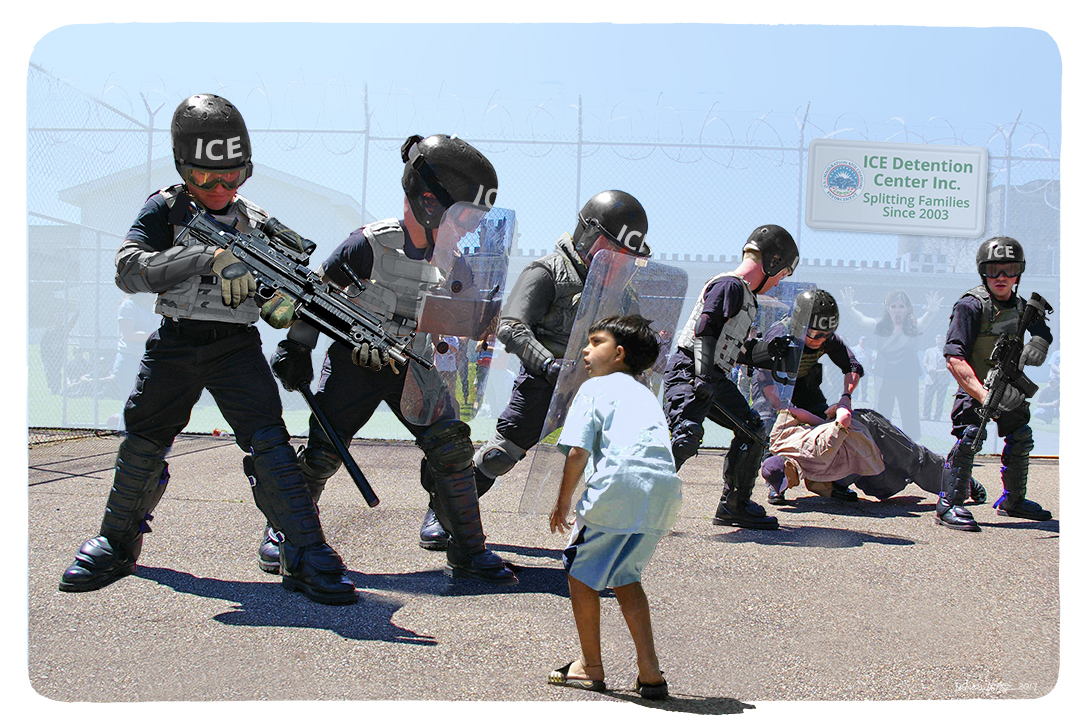 The Abdication of Morality

“Illegal aliens” or “undocumented immigrants” — what to call the people currently living in the United States without valid documents? How about José and Maria, Wang and Xiang, “mommy” and “daddy?”

As families are being torn apart by immigration raids every day, the nation’s leaders should not lose sight of the reality that their decisions will affect millions of human beings — and the moral standing of their country.

While President Donald Trump would have Americans believe that only “bad hombres” are being deported, the facts on the ground look different. In fact, the rate of non-criminals affected is about 50%, which is much higher than in previous years.

But numbers don’t tell the entire story. This column intentionally does not delve into the economic consequences of mass deportations, because these deportations have far more than economic consequences, and create harms that cannot be captured by dollars and cents. In many cases, the only thing these immigrants did “wrong” was to walk across a desert from Mexico to the United States in search for a better life.

Millions of them found it. They worked, paid taxes, became respected members of their communities, got married and had American kids. Coming to the US with nothing, they are the embodiment of the American Dream.

Deporting these moms and dads and breaking up their families is a much bigger crime than crossing a border without papers could ever be.

Equally scandalous is a proposed plan of separating mothers from their children if they are caught crossing the border together without the proper documents. It would be an example of government-mandated cruelty.

At stake is not just the fate of these families, but also a part of the American soul. The US has a long history of atrocities and injustices committed against minorities and adversaries — from the near-eradication of the indigenous North American population to the enslavement of Africans, the internment of Japanese Americans and, most recently, the torture of prisoners.

Immigration, however, has been one of the bright spots in the country’s history and the narrative surrounding it has generally matched reality. At a time when the United States’ standing as the “leader of the free world” is in great jeopardy, the Trump administration and GOP leaders in Congress should think long and hard before they continue pursuing a strategy that will tarnish one of the few areas in which the US has been truly exceptional.