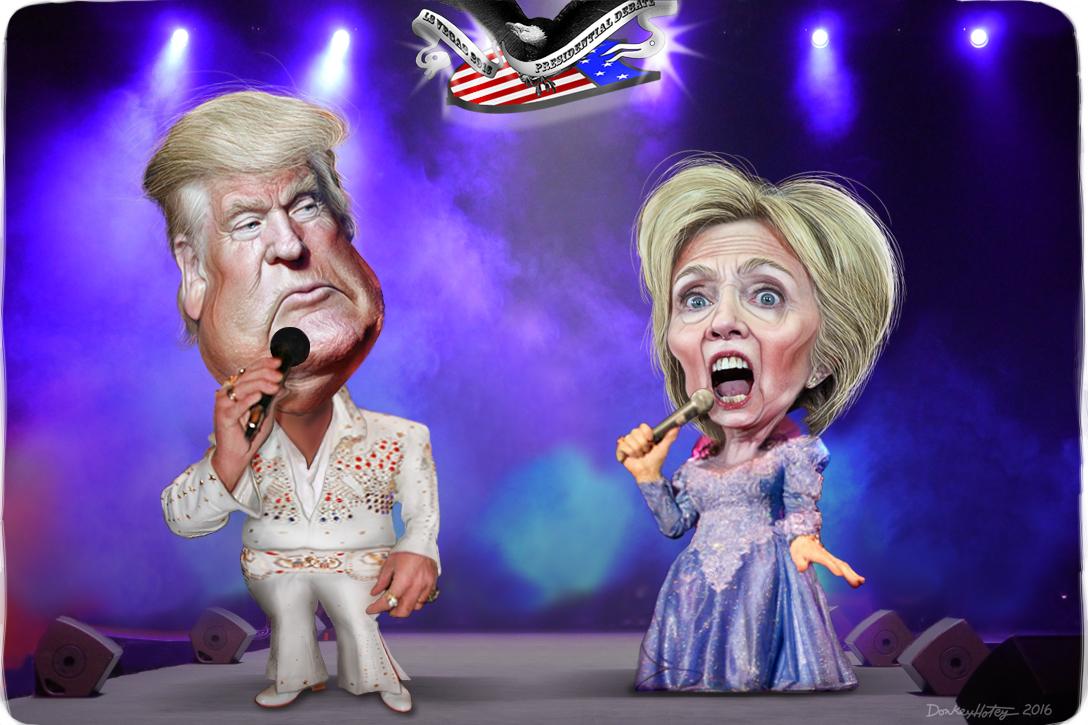 Sin City’s “What happens in Vegas stays in Vegas!” motto unfortunately won’t apply Wednesday night and therefore Americans will be subjected to another presidential debate. That term, however, is misleading. It’s highly likely that it will neither be presidential nor much of a debate.

The best thing about the event, which is hosted by UNLV, is that it will be the last one. Quite frankly, Election Day can’t come too soon at this point. Initially, we wanted to use this occasion to do an analysis of the race and which pitfalls each candidate has to avoid Wednesday night. But the past few weeks have shown that just about anything could happen and that voters will likely not care.

Donald Trump has bragged about behavior that amounts to sexual assault. This admission, and the subsequent accounts of multiple women who have come forward to claim that the GOP nominee groped or kissed them against their will, has led to only a minor drop in Trump’s poll numbers.

One of the reasons Hillary Clinton has not been able to take full advantage of this latest Trump scandal is that the revelation of thousands of John Podesta’s hacked emails have confirmed every bad thing people think about political insiders in general and the Clintons in particular.

So what could really happen at the debate to change the dynamics of the race? Polling indicates that the only thing Clinton has to do is to walk out of the debate hall under her own power. Trump will likely be throwing haymakers left and right, hoping to land one lucky punch.

Therefore, it is appropriate that Las Vegas is the setting. The debate will be more spectacle than anything else. It will be gaudy, probably R-rated and all for show.

And in the end, just about everybody will go home a loser. Voters have learned virtually nothing from the debates other than that Trump and Clinton are the least liked presidential candidates in history for a reason.

There is one thing we are quite sure of: If Americans could vote on whether the duo should stay in Vegas and maybe run some sort of variety show, it would be a landslide.