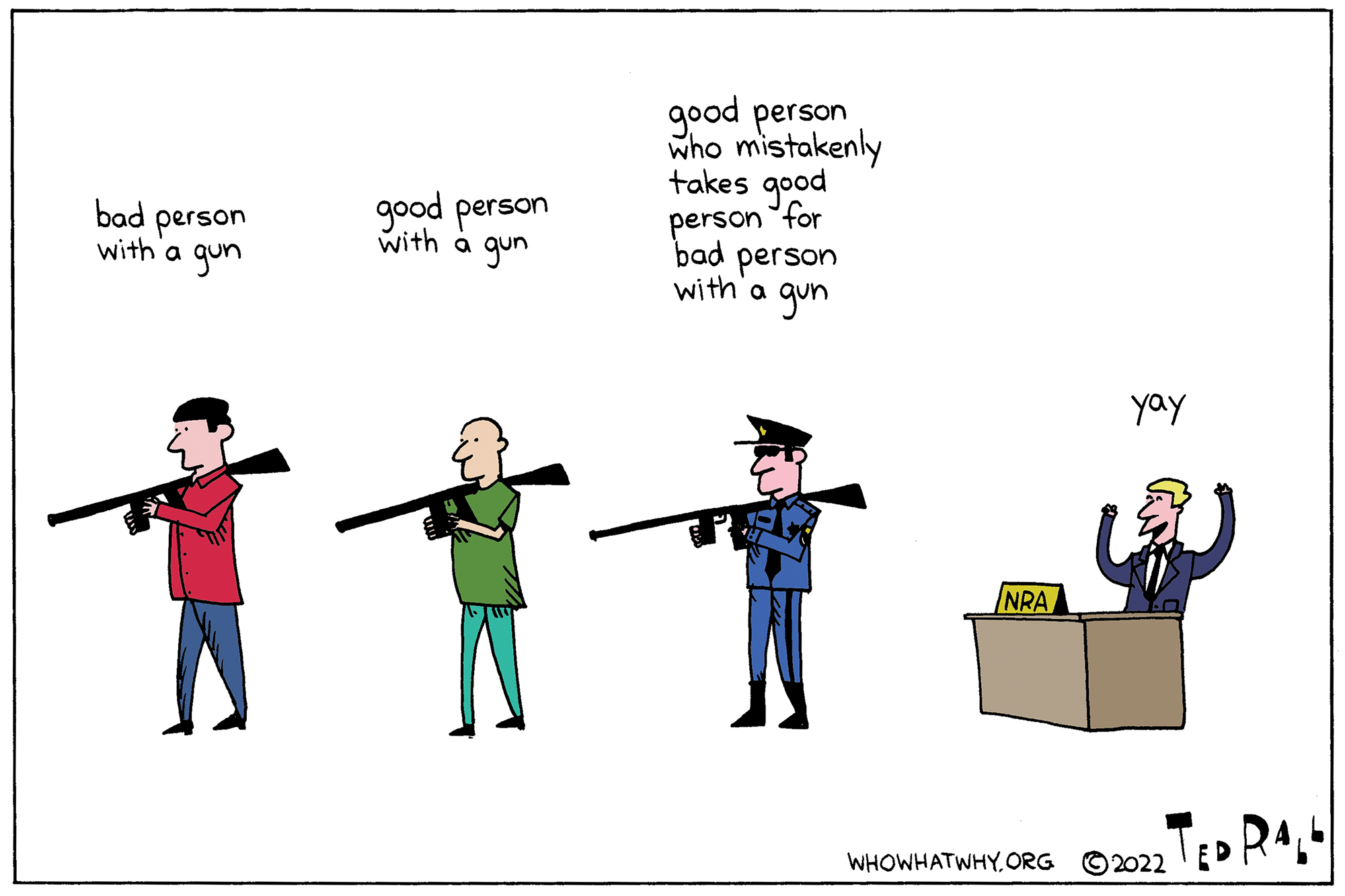 This one goes out to the “good guy with a gun” folks — the ones who react to every mass shooting by advocating for more guns — to, you know, stop the shooter.

Let’s picture a different version of what would have happened during the July 4th mass shooting in Highland Park, IL. In this brave vision, endorsed by the National Rifle Association and gun manufacturers, the parade route is lined with “good guys with guns.”

The shooter, armed with a high-powered rifle, is concealed on a rooftop. No “good guy” is ever going to spot him, let alone “take him out” (in gun-world parlance). As shots ring out in clusters, and victims fall or run, all the good guys — and gals — with guns will naturally swing into action.

Picture now the hundreds of them drawing their guns. But — who exactly to shoot? Wait, that guy over there looks dangerous — he’s waving his gun… looks like the shooter… Boom!

It’s not hard to see what ensues. “Jack” sees “Jim” shoot “Joe,” so “Jack” shoots “Jim” (who shot “Joe” thinking “Joe” was “The Shooter”) — then “Jill” shoots “Jack” and “Jeff” shoots “Jill” and “Jen” shoots “Jeff.” Each has the best of intentions — get “The Shooter” — as critical mass is achieved in a sudden firefight that leaves fewer survivors.

Is that what we want? In our schools? At our parks? At our celebrations? In our streets?

Or should we go the other way? Conclude that 400 million guns (and counting) are not what the Founders who drafted the Second Amendment had in mind? Go so far as to acknowledge that fewer guns — and particularly fewer military-grade guns — would mean fewer mass shootings, fewer deaths? That handing out guns like candy — to anyone who feels the urge to have one, including the angry, lost, broken, and desperate among us — means more mass shootings — not to mention more plain old non-mass shootings?

This is a short little piece because it’s simple. There really is nothing more to say.