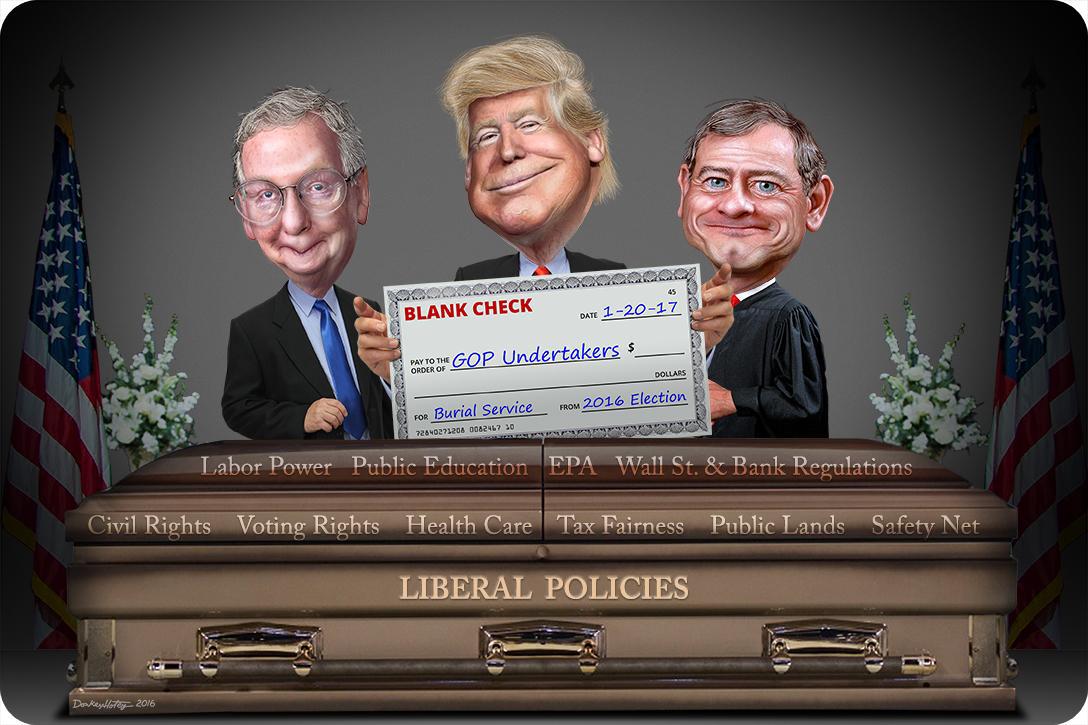 Republicans Convinced Americans to Hate Washington — But Can They Run It?

“Do I really look like a guy with a plan? You know what I am? I’m a dog chasing cars. I wouldn’t know what to do with one if I caught it,” Heath Ledger says in his Academy Award-winning performance as The Joker in “The Dark Knight.”

President-elect Donald Trump and Republicans in Washington are in a similar situation. They have been maligning and obstructing the federal government for eight years now, questioning the legitimacy of the president, gumming up the works of Congress and even the Supreme Court. In the process, they eroded any faith the American people had in their leaders.

That strategy worked brilliantly. Americans hate the government and handed Republicans total control of the nation’s capital. In other words, the dog caught the car. Now what?

Now they are “the government” and have to deliver.

More than anything, Trump will be measured by his high-profile campaign promises, such as fixing the economy, “draining the swamp,” repealing and replacing Obamacare with something awesome and building a big wall that Mexico will pay for. After all, he was swept into office as a tough-on-immigrants outsider with business acumen.

The economy remains the number one issue for voters in the Rust Belt, which delivered the White House to the GOP. What these voters want is for Trump and his Republican majority to bring back well-paying, blue-collar jobs. Chances are they won’t — most of the jobs in any new or returning factories will go to robots. And then what? There is nobody left to blame.

Trump has said he can juice the economy to better than 4% annual growth. That’s a tall order. Economists believe that his tax plan would massively increase the debt, and his “America first” trade policy could quickly result in growth-stifling trade wars.

Another problem for Trump is that the economy typically goes through a recurring cycle of ups and downs — and the US is due for another recession in his first term.

If he does not manage to create as many well-paying jobs as promised, then he will feel even greater pressure to deliver on his other promises. But draining the swamp looms as a Herculean task — in particular because his transition team includes plenty of lobbyists and Washington insiders.

As for imposing congressional term limits, Senate Majority Leader Mitch McConnell shot down that idea within 12 hours of Trump getting elected.

That leaves the great southern border wall, paid for by Mexico, and the repeal and replacement of Obamacare. Nobody really believes the wall will ever be built — and certainly not with Mexican pesos — so how is that going to play with Trump’s most loyal supporters?

As for repealing and replacing Obamacare, that is also much harder than candidate Trump made it sound. Killing the program outright would require approval from Congress, where Republicans do not hold enough seats to overcome Democratic opposition.

Just as important, no politician is going to want to tell the 25 million people who have insurance coverage thanks to the law that they will lose it without an adequate replacement.

All of this shows that it’s much easier for a dog to chase a car than to drive it.