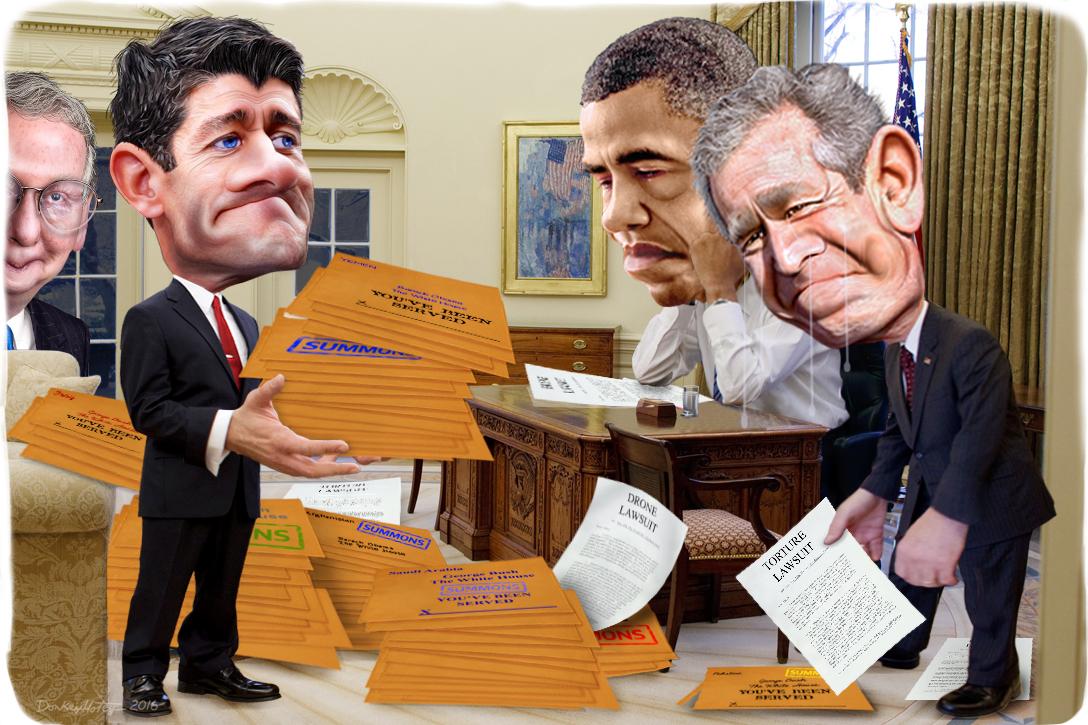 Obama Fears Backlash from Saudi 9/11 Bill — So What?

Only an idiot would sign an order triggering a process that ends up with them in court. President Barack Obama is not an idiot and that is why he vetoed the Justice Against Sponsors of Terrorism Act (JASTA).

The legislation, which allows victims of terror attacks on US soil to sue foreign governments, was very popular in Congress where lawmakers did not want to seem unpatriotic ahead of the election. That is why, to Obama’s great disappointment and consternation, Congress overrode the veto — and immediately showed buyer’s remorse.

Specifically, its purpose is as follows:

The purpose of this Act is to provide civil litigants with the broadest possible basis, consistent with the Constitution of the United States, to seek relief against persons, entities, and foreign countries, wherever acting and wherever they may be found, that have provided material support, directly or indirectly, to foreign organizations or persons that engage in terrorist activities against the United States.

What the legislators had apparently not considered, even though it was Obama’s main argument for not supporting the bill, were the unintended consequences of JASTA. Sure, allowing the families of 9/11 victims to sue the government of Saudi Arabia sounded like a great idea to lawmakers running for reelection.

Yet the law will also open up the United States, its military and intelligence services to the same kind of action abroad. That is something Obama wanted to avoid at all costs — and why the White House called the veto override the “single most embarrassing thing” the Senate has done in decades.

But why? Shouldn’t the United States conduct itself in a way that would prevent it from getting sued abroad? The president, who has access to more intelligence than anybody else, clearly didn’t think so.

If JASTA allows Saudi Arabia to be sued for whatever level of complicity in the 9/11 attacks a US court finds sufficient evidence of, just imagine what the United States government can be taken to court for.

There is already talk of Vietnam War veterans being particularly vulnerable to lawsuits. But that’s just the tip of the iceberg.

Could Pakistanis whose wedding got blown up by a drone take Obama to court? Can one of the many torture victims sue to get the names of their guards, torturers, etc. and then seek compensation from them? Or what about GITMO prisoners who were released without ever being charged? Finally, what about any citizen of a country that was plunged into turmoil as a result of CIA actions?

Maybe an easier challenge would be to figure out who couldn’t sue the United States once this precedent has been established.

But we ask again: Would that really be such a bad thing, especially going forward? It could serve as a deterrent and maybe the United States, as well as the other big players on the world stage, would think twice about intervening in the affairs of other countries if the threat of personal accountability would hang over their heads.