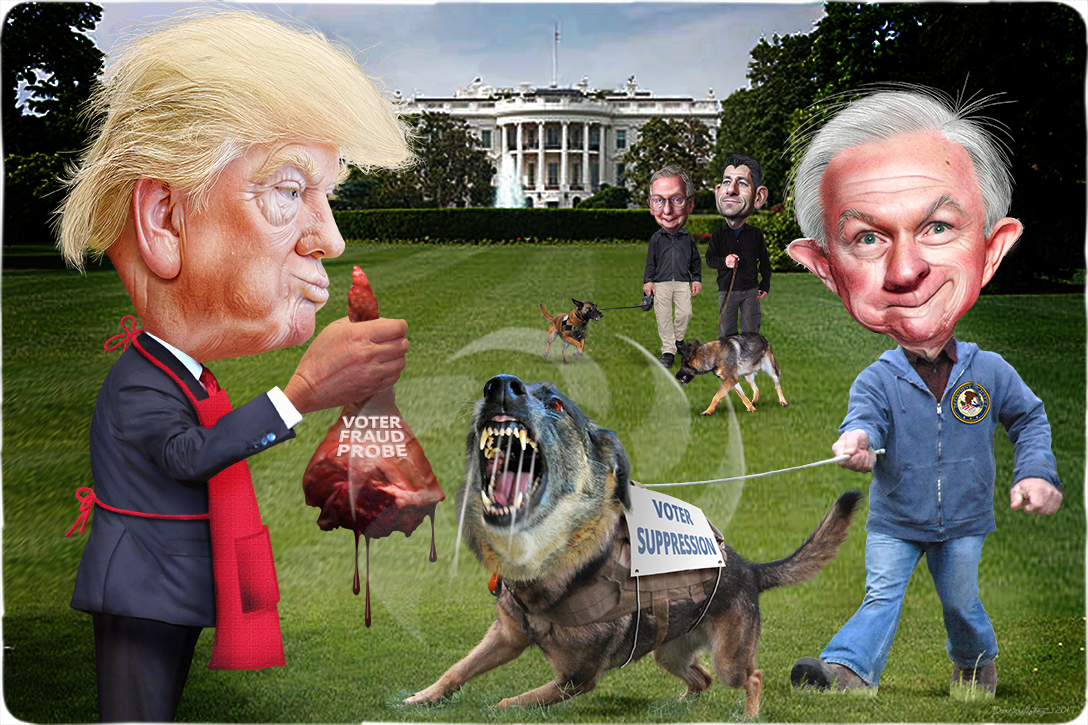 Is There a Method to Trump’s Voter Fraud Madness?

President Donald Trump was widely ridiculed earlier this week for once again peddling the assertion that millions of illegal immigrants voted for Hillary Clinton, and that this is the reason he lost the popular vote. Ultimately, however, crafty lawmakers could ensure that minority voters will pay the price for this foolishness.

In a meeting with congressional leaders, Trump claimed, without offering any proof, that 3-5 million illegal immigrants had voted in 2016; later in an interview with ABC News he suggested that not a single one of those votes had been cast for him.

There is absolutely no evidence that the first thing happened, and Trump’s second statement is so foolish that it wouldn’t even merit debate — if he were not the president.

But Trump is the president and that is why he wants an investigation into whether millions of people voted illegally — and exclusively for Clinton — in non-competitive states, i.e., without impacting the Electoral College outcome.

Trump’s impetus to trigger such taxpayer-funded madness is probably that his ego is bruised from having lost the popular vote.

It’s wildly unlikely that this probe, if it ever happens, will find a shred of evidence to back up Trump’s claim. And it’s even less certain that such an investigation will find any evidence of voter suppression, or Russian interference in the election, or whether voting machines are as tamper-proof as their manufacturers claim.

We know this for sure because, even though these topics actually merit investigation, Trump and his Republican allies in Congress won’t be finding these things because they have no intention of looking for them.

So here is the real danger: Whatever the “investigation” finds, it won’t be a complete repudiation of Trump’s statement. Instead, it will probably include some carefully crafted language pointing to vulnerabilities that could result in illegal immigrants voting, while noting that the problem cannot be quantified.

And that’s all some clever lawmaker is going to need to further suppress the vote. In the end, Trump’s bogus claim will likely result in more unnecessary voter ID laws and any other measures Republicans can get away with.

These  might range from restricting same-day registration and reducing early voting opportunities to closing polling locations so that long lines are created in some precincts but not others. The legislative logic might not make much sense but GOP-controlled states have already shown that they need only the flimsiest of excuses to make it more difficult for minorities to vote.

And when this happens, does anyone think the Department of Justice run by Attorney General Jeff Sessions will stand up for the disenfranchised voters?

Trump’s repeatedly debunked claim that millions of illegal immigrants (not to mention legions of dead people) voted for his opponent should gain no traction outside his innermost coterie. But it may prove to be another weapon in the decades-long GOP war on minority voting rights.