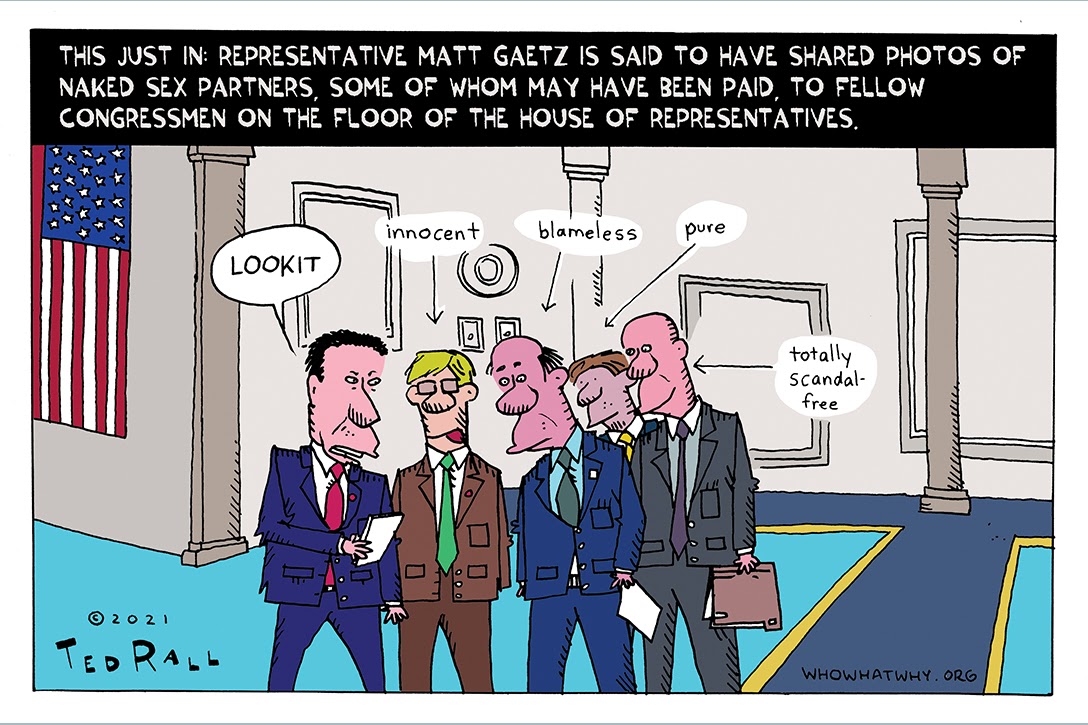 Matt Gaetz: The Agony and the Ecstasy

A right-wing firebrand, a darling of conservative media, a loyal ally of Donald Trump, an oh so close adviser to Florida Gov. Ron DeSantis (R) — Rep. Matt Gaetz has been all those things, and more. A lot more. This week it emerged that the Justice Department, starting under former Attorney General William Barr, has been investigating Gaetz for possible sex trafficking, including allegations he paid for sex with a 17-year-old girl. The Florida congressman has denied the charges, but in recent days he also has told constituents he may not remain in Congress for long.