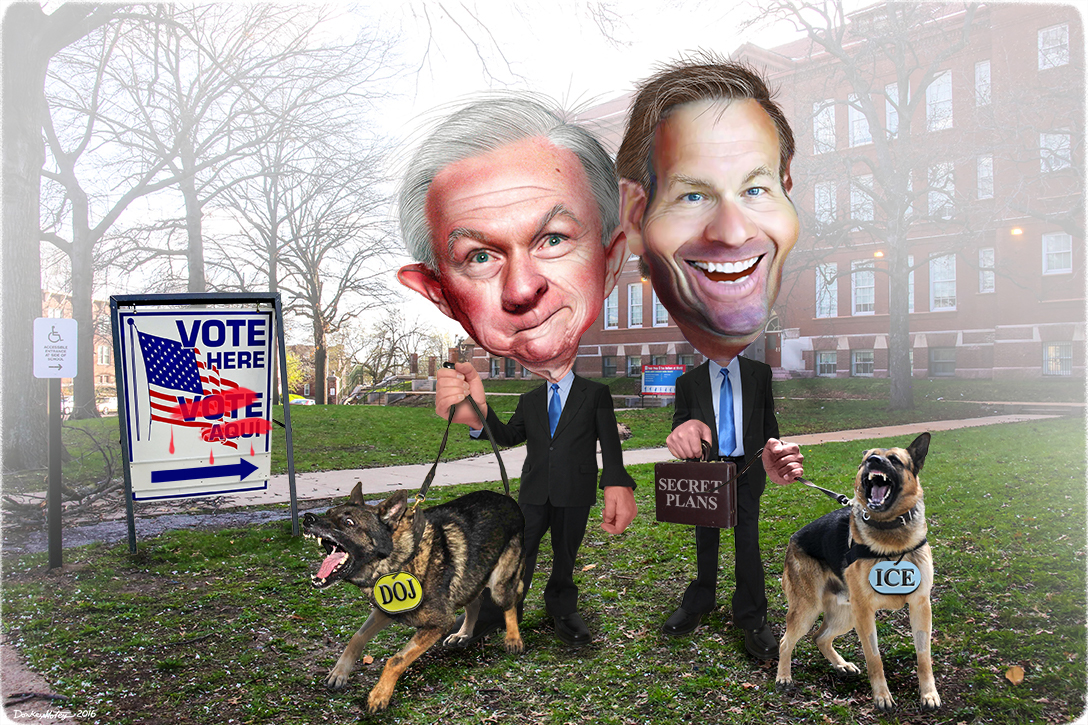 Making Sure That Only the Right People Vote

When the demographics of the US electorate began to turn against Republicans, it appeared as though they only had two options: Adapt their policies to appeal to minorities and young people, or stay the course and risk slowly fading into irrelevance.

Unwilling to change their policies and unable to change the country’s demographics, the GOP instead chose a third option: Alter who can vote.

That’s why, once they gained full control of a state, Republicans quickly moved to consolidate their power. They gerrymandered congressional districts and passed laws that would make it more difficult for likely Democrats to vote.

When the Supreme Court gutted the Voting Rights Act in 2013 with its decision in Shelby County v. Holder, it removed one of the last remaining obstacles that stood between the GOP and the ability to pick an electorate more to its liking.

State Republicans immediately went to work and passed laws across the country to make that happen.

Soon, we will see what it looks like when that plan goes national. With Donald Trump in the White House, Republicans in control of Congress, Sen. Jeff Sessions as attorney general, and Kris Kobach (the architect of various voter suppression efforts)  in the transition team, chances are the GOP will soon come up with another scheme to keep minorities on the sidelines on Election Day.

To help them out, we came up with a few innovative ways to ensure that only the “right” people vote:

– English only: Ensuring that all election materials are available in English only seems like an easy way to keep undesirable immigrants away from the polls. But why stop there? Prior to being allowed to vote, immigrants should recite the Constitution from memory.

– Voter ID: Under the pretense of fighting the extraordinarily rare crime of in-person voter fraud, Republicans have instituted a number of Voter ID laws across the country. The actual goal of these is to make sure that poor people, the elderly and minorities, who often lack the required ID, can’t vote. However, current measures are not restrictive enough. Look for federal legislation that requires the following additional identification to be required to cast a ballot: Country club membership card, receipt for NRA donation, bowling league registration card, Trump University enrollment form and/or KKK secret handshake.

– With the Interstate Crosscheck program, Kobach and his voter suppression minions managed to strike a lot of voters from the rolls, but the system is not foolproof. That’s why a law is needed that prevents people from voting whose last name ends in the letter “z”, any name that includes an “ñ” (note that the following letters are also foreign but they are acceptable because they come from European alphabets: ä, ü and ø), whose name matches any part of the name of a Middle Eastern terrorist or anybody whose name is Mo’nique.

– While hundreds of polling places were eliminated prior to the 2016 election, additional steps have to be taken. In the future, polling places in areas with large minority populations must be located next to landfills.

– To prevent long lines, voting hours will be staggered. White people can vote anywhere from 8:00 am to 8:00 pm while minorities and millennials must vote between midnight and 8:00 am or 8:00 pm to midnight. That way, each group has 12 hours to vote and it is therefore a “fair” system.

– Early voting, which many minorities prefer, will be eliminated. However, African Americans and Hispanics will have the exclusive opportunity to cast symbolic “late votes” on the Sunday following the election.

Democracy isn’t easy, but these simple fixes should ensure that the next election won’t be rigged.