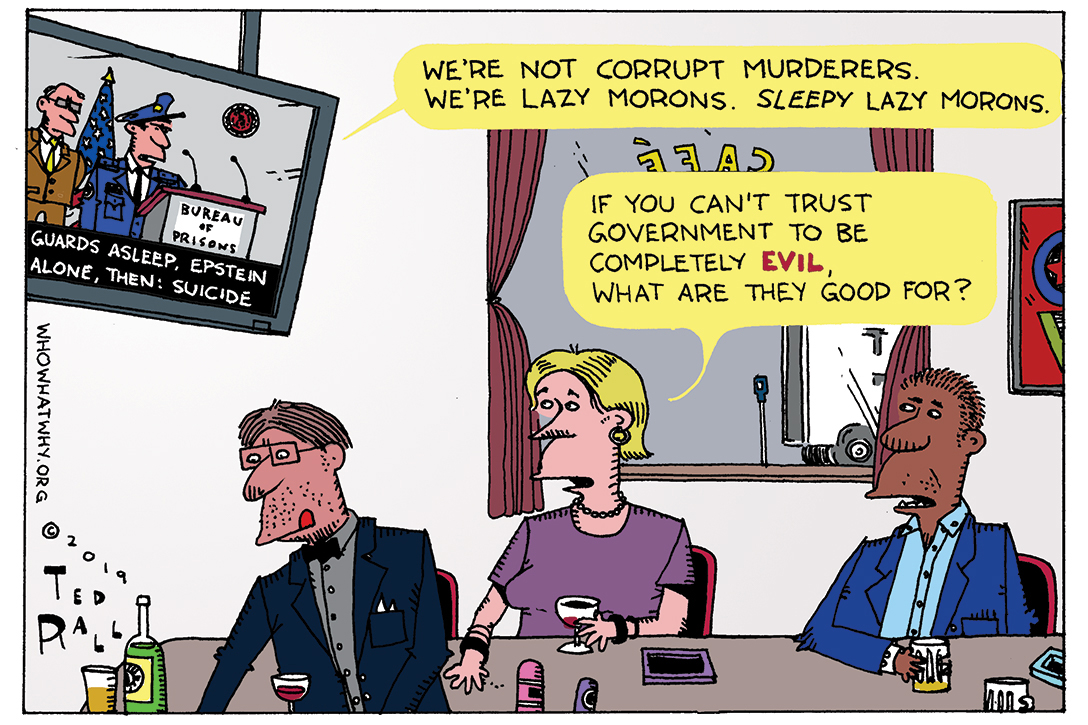 Incompetence or Worse: How Did Epstein Die?

After pedophile Jeffrey Epstein was found dead in his Manhattan prison cell, news reports said that his guards falsified their logs to show that they had checked on him when, in fact, they had been sleeping.

But that’s not the only example of incompetence. Although Epstein had attempted to kill himself last month, he was taken off suicide watch only six days later. And his death seems to be extremely convenient for the rich and powerful who knew of or participated in his criminal activities. You know there’s a problem when the official story from the government is that they are incompetent and shady.