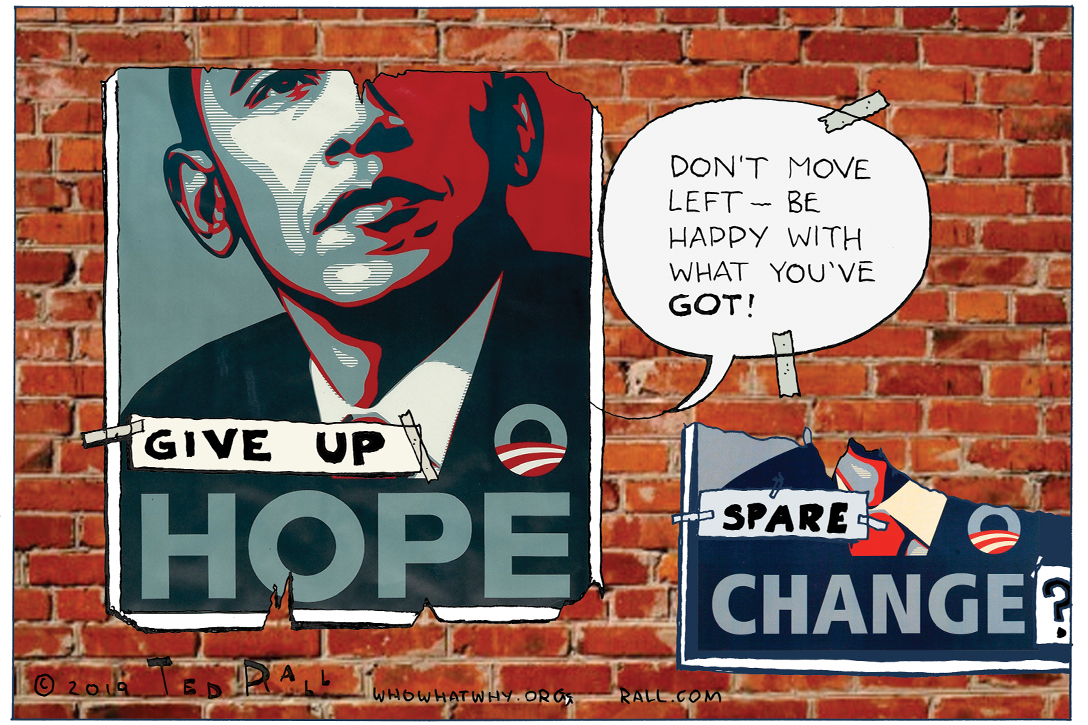 Hoping for No Change?

Barack Obama, who won the 2008 presidential election on a “hope and change” platform, has apparently cooled on the idea of Democrats standing for bold action to address the country’s problems.

In what was viewed as a rebuke of the progressive wing of his party, Obama warned that voters don’t want to “tear down the system.” So, the candidates who want to make sure all Americans have healthcare or can attend college without going into debt for the rest of their lives are put on notice: That kind of change isn’t Obama-approved.