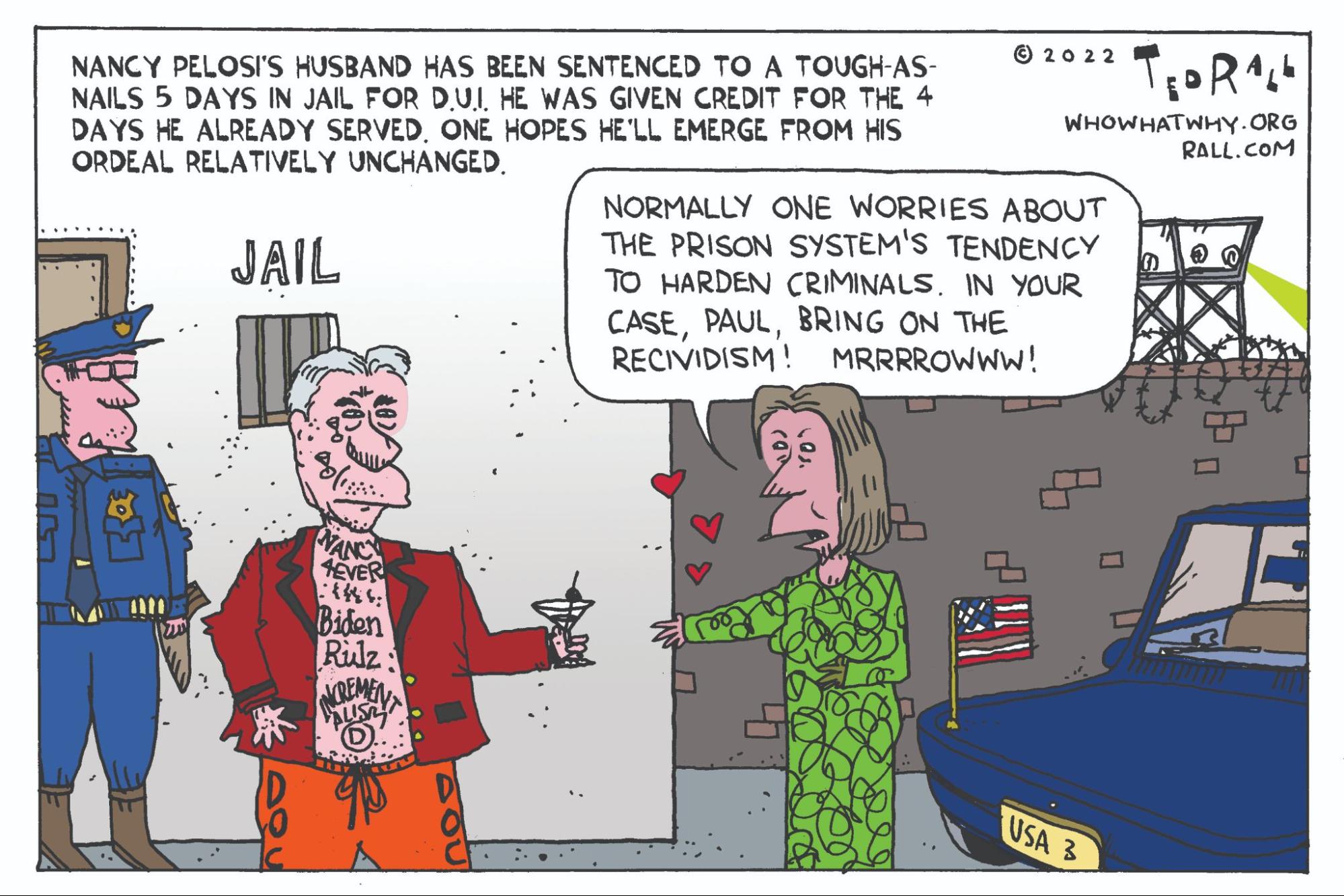 Paul Pelosi, husband of House Majority Leader Nancy Pelosi (D-CA), has been sentenced to a tough-as-nails five days in jail for driving under the influence. He was given credit for the four days he already served. One hopes he will emerge from his ordeal relatively unchanged.