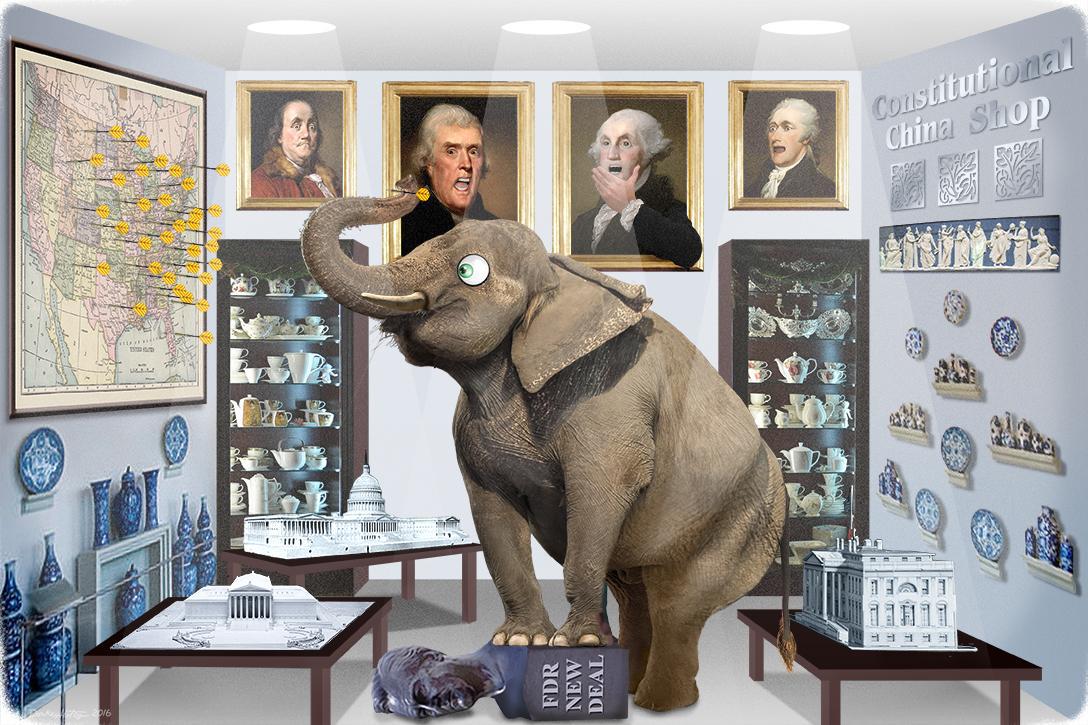 How the GOP Could Rewrite the Constitution

While controlling the White House and both chambers of Congress is nice, the Holy Grail of politics for many conservatives would be to assemble a constitutional convention — and now they are really close.

After all, any laws the GOP-dominated Congress passes next year and sends to President Donald Trump for his signature would still have to overcome pesky problems such as procedural hurdles in the Senate and a constitutional review by the courts. So wouldn’t it be nice to be able to skip that step and amend the Constitution directly without involving Washington politicians?

That dream is now within reach. When the state legislatures elected last week will convene, Republicans will control 33 of them. According to Article V of the Constitution, they only need one more to call for a constitutional convention.

While proponents of such a gathering proclaim that its scope could be limited to, for example, a balanced budget amendment or congressional term limits, nobody is actually sure how such a convention would work and what would happen.

And that should frighten Americans.

Earlier this year, Texas Gov. Greg Abbott proposed nine amendments he would like to introduce at a constitutional convention. For example, he wants a two-thirds majority of the states to override a Supreme Court decision or any federal law or regulation. Abbott also proposes that a seven-justice supermajority is required for Supreme Court decisions “that invalidate a democratically elected law.”

But what does all of that mean? Could states bring back segregation? What if a federal law only affects a handful of states? And what if the Supreme Court is missing a justice, as it has for nearly a year? Then any crazy state law would need to be unanimously rejected to be overturned.

It should be noted that such a convention would only be the first step. Any amendments approved there would still have to be ratified by three-fourths of the states. While that sounds like a lot more, it is not. To reach that magical number, Republicans only need to win five more. And, in light of their proven ability to gerrymander and suppress the vote, it’s certainly not outside the realm of possibility for them to get there.

If they do, then the party of constitutional constructionists would find themselves in a position to tear up the old Constitution and write themselves a new one.