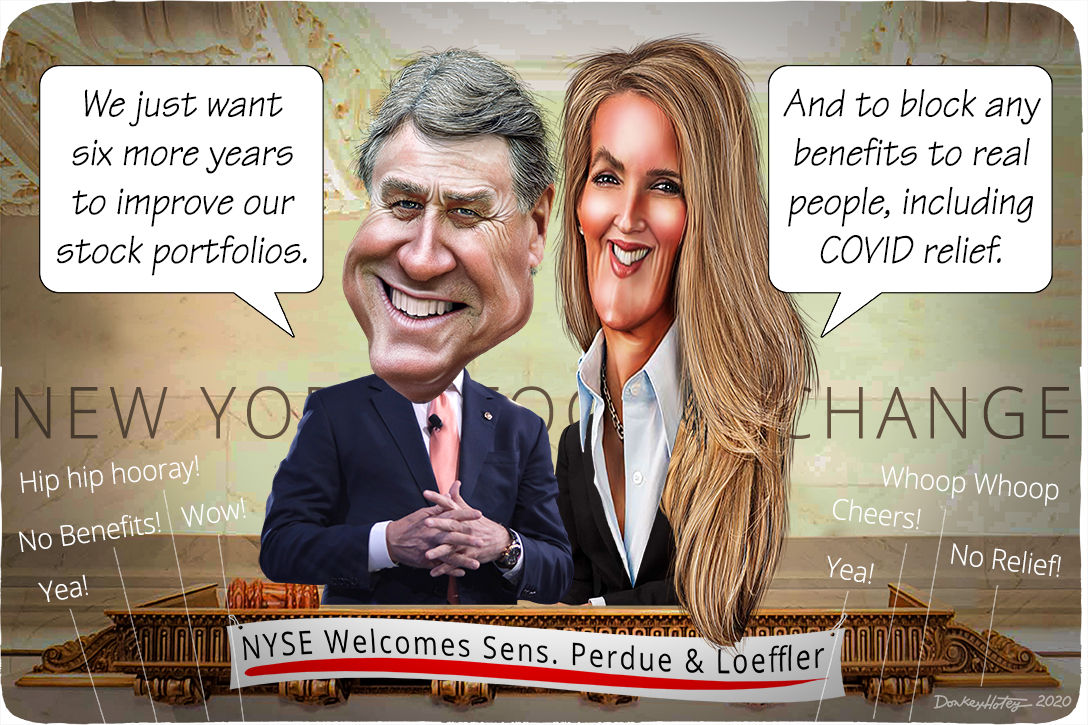 Georgia voters go to the polls again in a month, this time for runoff elections that will determine which party controls the Senate and with it the fate of President-elect Joe Biden’s agenda.

At a rally Saturday with President Trump in south Georgia, Sen. David Perdue warned that if he and fellow Republican Sen. Kelly Loeffler lose in January the country will be on “the road to socialism.”

Their Democratic opponents, Jon Ossoff and Rev. Raphael Warnock, have been attacking both of them for making multi-million dollar stock trades in advance of the pandemic while the senators helped hold up COVID-19 relief funds for countless Americans suffering through the economic downturn.