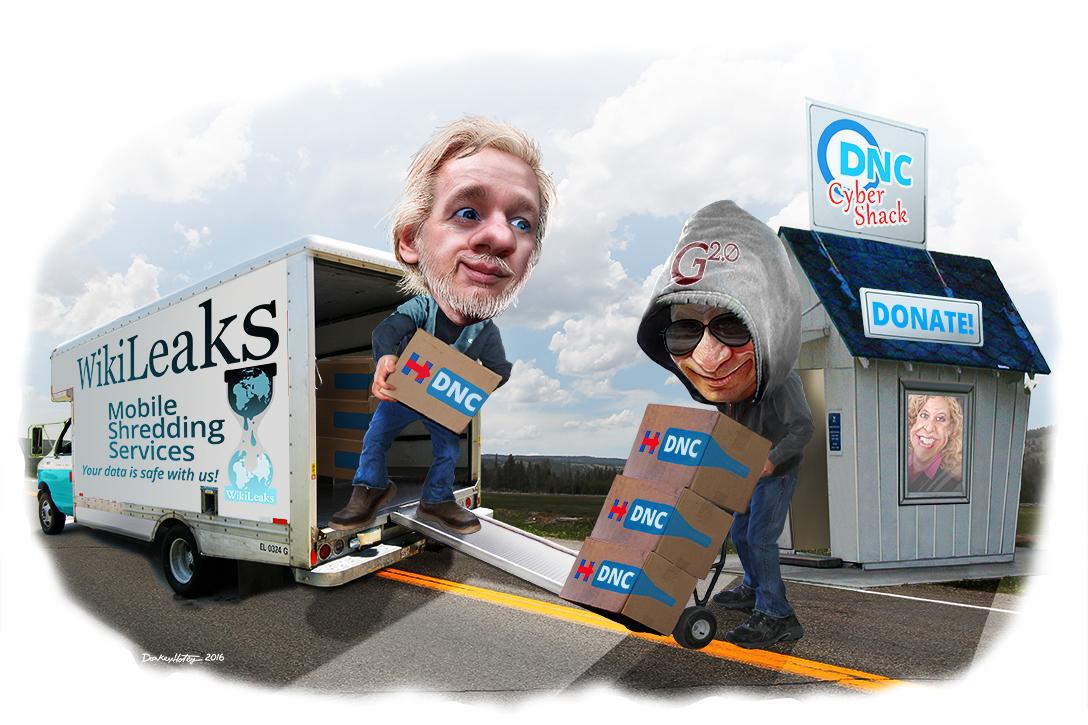 Hillary Clinton and the Democratic National Committee have impressively demonstrated how not to treat cybersecurity in the digital age. To sum it up, emails should be guarded a bit better than the “Give a penny, take a penny” tray at the local convenience store.

However, the various hacks (or attempted hacks) of the DNC, Clinton’s private server, the Clinton Foundation and the Democratic Congressional Campaign Committee should trouble everybody — regardless of political affiliation. Somebody is committing crimes to infiltrate the Democratic Party and steal data.

If that doesn’t sound familiar then we suggest googling “Watergate.”

Make no mistake, getting hacked does not absolve the DNC from trying to steer the Democratic primary Clinton’s way and it does not absolve her from her foolish email arrangement while heading the State Department.

There are no good actors here, but not all are criminals. The corporate media built up Trump and is now tearing him down. That’s not surprising but it is not a crime. WikiLeaks editor-in-chief Julian Assange is trying to influence the election by timing the release of information to inflict maximum damage to Clinton. That might be troubling, but it is not a crime.

Hacking into any database or network associated with any political candidate, however, is a concern because of the potential impact on US elections. And various unaffiliated experts believe that somebody inside Russia is the one perpetrating it. The true identity of the culprits has not been proven, but it is clear forces are engaged in an effort to damage Clinton. The action could be motivated by fear of Clinton, support of Trump or a hacker fighting boredom. If the US is engaged in this type of interference in elections in other nations, then perhaps this is a natural escalation in the digital cold war. Last year, WhoWhatWhy warned that this could happen. We categorized that story as a “Threat to Democracy” and that is exactly what it is.

A first step to prevent these types of hacks is to enforce existing cyber security laws that require organizations handling sensitive information to protect their systems and operate according to defined standards. And, if that does nothing to stop the frequent hack attempts from within the country and abroad, then a Manhattan Project-type initiative involving public and private specialists might be needed to improve cyber security.

Not only those should be punished who perpetrate these cyber crimes but also those who are negligent in not doing enough to prevent them.

Assange should consider releasing all the DCN documents now, rather than timing release for some potential impact. It might prevent critics from tarring him with a partisan brush. After all, WikiLeaks claims it wants to “bring important news and information to the public.” Its mission statement says nothing about withholding information and revealing it to influence an election.

The DNC has already made some personnel changes but that is not enough. It must reform further to ensure that it, too, does not undermine the democratic process.

Then there is Clinton. There is no indication that she has learned her lesson as she continues to peddle the same (disproven) falsehoods about the emails on her private server. Less than three months before the election, she is the clear frontrunner to become the next president. In that office, she would have to do much better.

What is clear is that all institutions and individuals involved in government have to stop being so nonchalant about how they handle information – secret, confidential or other. And, if they are doing things right and the cyber attacks can still not be stopped, then a top priority for the next government has to be the development of a system that can prevent hacking.

One thing seems certain: If we allow the perpetrators of this latest threat to democracy to get away clean, and if those who allowed these hacks to happen are not held to account, then cyber attacks will become the new normal. And that is bad for all of us.