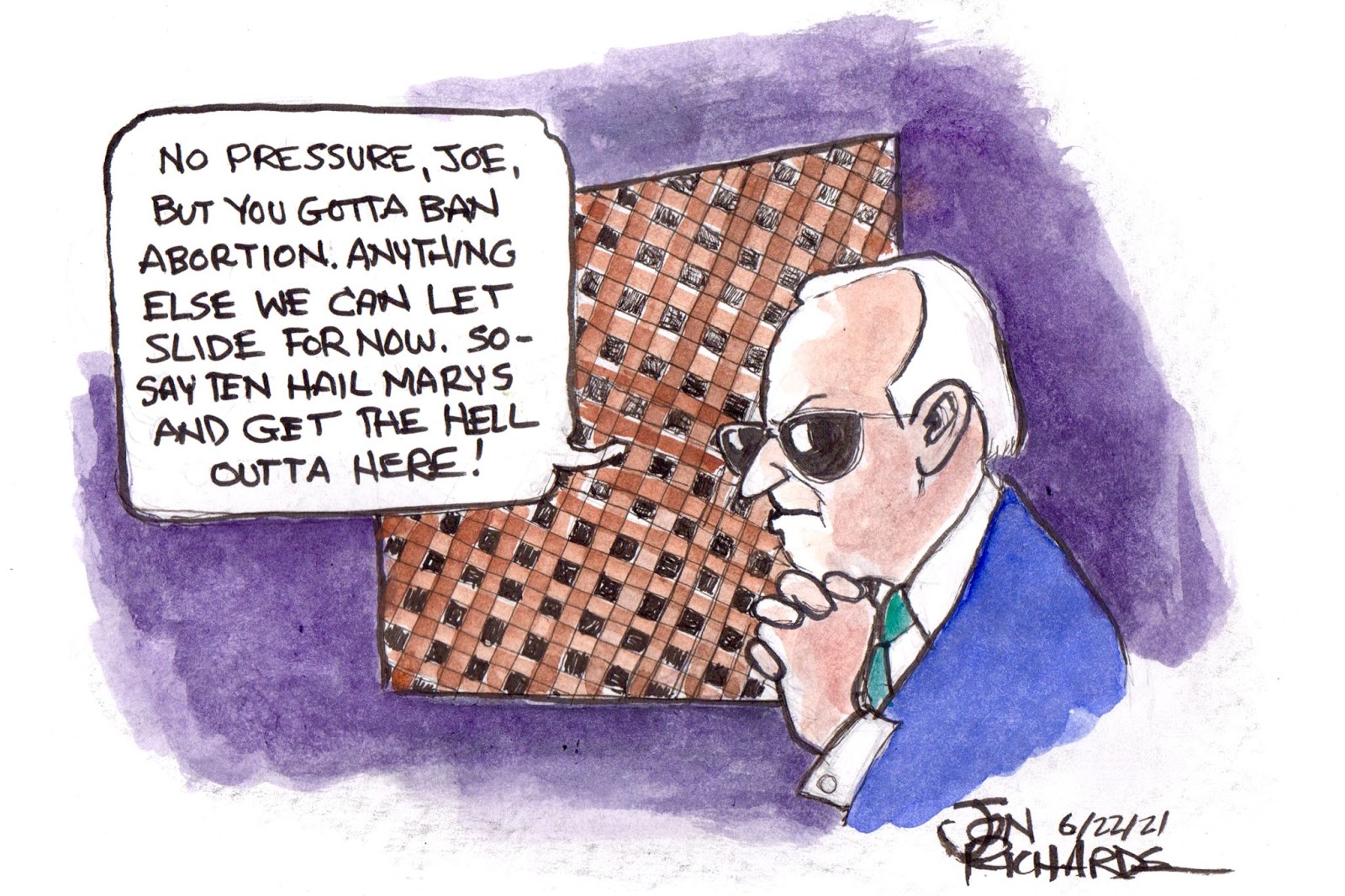 Growing up in Boston, where hundreds, maybe thousands of kids were molested by priests — who were then shifted around by bishops — I see only moral bankruptcy in the Catholic USA bishop class. Combine it with their opposition to Obamacare, insurance that (by providing birth control and prenatal care) has reduced the number of USA abortions by over a third since passage — about 400,000 a year.

In Massachusetts, where Catholics are a majority, few buy into this nonsense. That goes for Catholics, too. Even 30 years ago, 97% of Massachusetts Catholics used “artificial” birth control. After the Commonwealth’s highest court made gay marriage legal, the Church gathered enough signatures to get a referendum on the ballot against it. In Massachusetts — which has the world’s oldest written Constitution still in force — the legislature could meet as a Constitutional Convention and kill the referendum. Each of the 160 representatives and 40 senators would have 1 vote. If 80% (160) voted against the referendum, it would not be held. At the time, there were more than 120 Catholics in the state legislature. The legislature had tried to duck its responsibility at first. The Church managed to get only 37 votes, easily blocking the referendum.