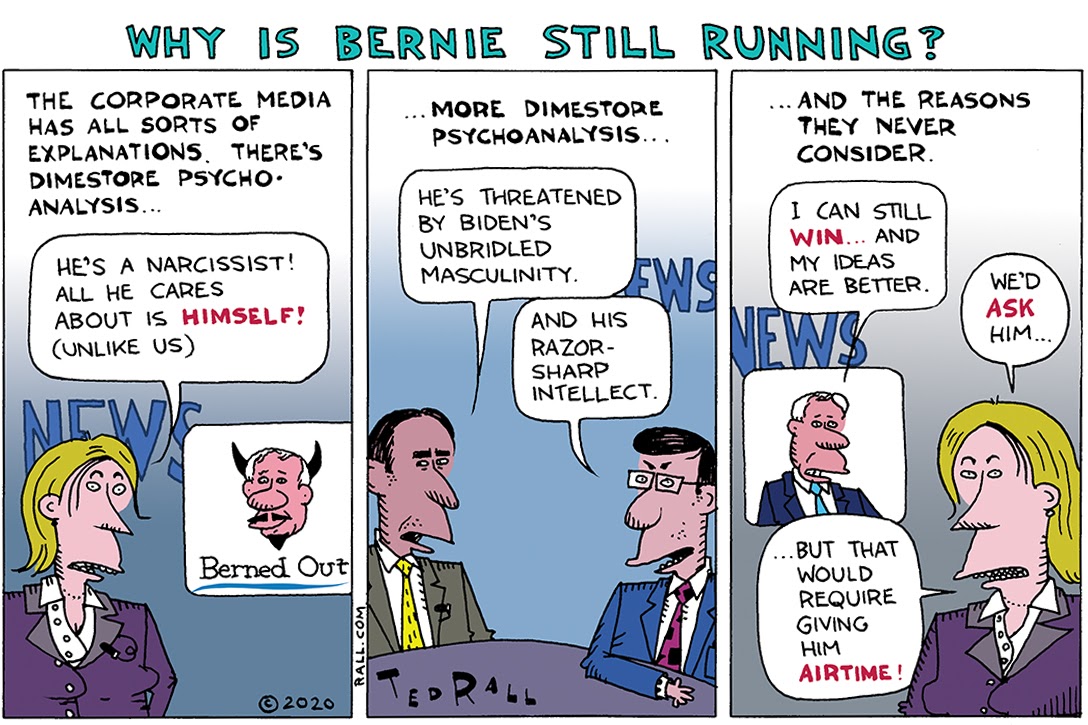 Bernie Sanders Refuses to Play by the Media’s Rules

The media thought Hillary was going to win so she and DT got all the free air time — and Bernie was blocked. Look at the history. DT got the help of Russia, and the Repubs eliminated lots of voters. See Greg Palast’s reports on the election.

How is he helping DT? He is a leader — more than Joe. Joe was silent for weeks, and now he must be back on his meds!

I watched Bernie’s 2016 act. Voted for him in the primaries.

Once he was mathematically eliminated, he played Hamlet for a month. IMO, he did nothing to help Democrats in that month, and his sour grapes attitude at the convention was a disgrace.

There’s no evidence either way that his “ideas” and “followers” made Clinton more electable.

I didn’t give my 2020 primary vote to Bernie. Whether his supporters think his ideas are practical or radical, he hasn’t convinced enough “VOTERS” to consider that his positions or personal demeanor warrant going all in for him.

It’s time for Bernie to take “no, thank you” for an answer.

Wishing isn’t a winning strategy. And neither is doubling down when the votes aren’t there.

I’d be fine if Bernie were President. The problem is that he can’t win the nomination now, so all he’s doing is helping Trump. What is Bernie’s game here? He’s just hurting his own cause now.

Bernie2020! He has the intelligence, integrity, and a real fire that comes from his soul, unlike so many other career politicians (including Biden). His ideas are not radical as the media claims; they are upheld throughout Europe (free university education and health care for all). We are being very backwards by clinging to the same old system.