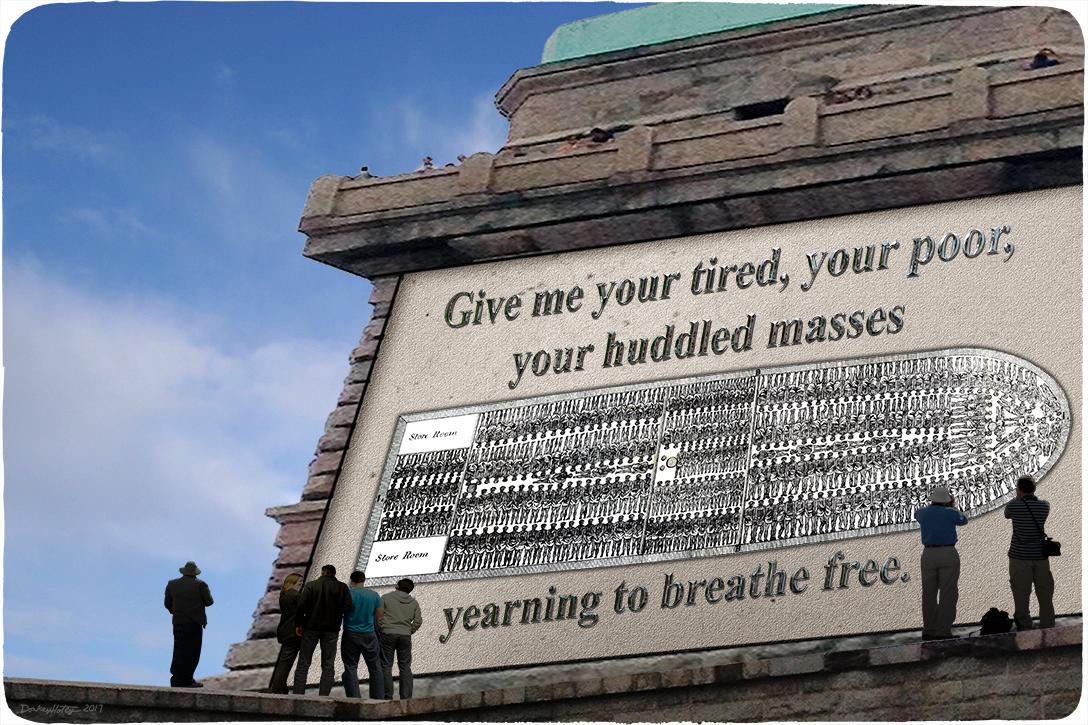 Picture this scenario: A young woman is kidnapped at gunpoint in Montreal. She is gagged and tied up, thrown into the trunk of a car and then driven across the border into the US. When the car finally stops in a small town near Des Moines, the kidnapper hands her off to another man in exchange for a payment. The woman is then locked in that man’s basement where she is chained to a radiator and forced to do manual labor with no chance of escape.

Some people might call that woman the victim of a horrible crime. According to Housing and Urban Development (HUD) Secretary Ben Carson, however, she is an immigrant.

The former GOP presidential candidate created quite a stir earlier this week when he referred to the millions of African slaves shipped to the US as “immigrants.”

“There were immigrants who came here in the bottom of slave ships, worked even longer, even harder, for less,” Carson said at an event addressing HUD employees.

To be fair, he isn’t the first politician who made this unfortunate comparison. Former President Barack Obama said something very similar in 2015 when he noted that life certainly “wasn’t easy for those of African heritage who had not come here voluntarily and yet in their own way were immigrants themselves.”

Carson deserves credit for walking back his remarks, saying “the slave narrative and immigrant narrative are two entirely different experiences.”

His apologists also noted that, technically, the definition of “immigrant” is somebody who moves to another country and it doesn’t specify whether that move was voluntary or involuntary. But nobody would call the detainees at Guantanamo immigrants. Or refer to Genghis Khan as a “tourist,” which is defined as “a person who is traveling or visiting a place for leisure,” even though he and his Mongol horde had a lot of fun taking over much of Asia and parts of Europe.

So why does it matter if the nation’s leaders use such unfortunate language? Because somewhere in places like Texas, there is a State Board of Education member just itching to use these quotes to whitewash history.

The Lone Star State has a long and sad tradition of using its textbooks to “amend” history. A couple of years ago, a book had to be pulled off the shelves after a parent complained about a sentence saying that “the Atlantic Slave Trade between the 1500s and 1800s brought millions of workers from Africa to the southern United States to work on agricultural plantations.”

If you want your kids to learn about Jim Crow laws or the atrocities the Ku Klux Klan committed, don’t send them to school in Texas, where those subjects are not on the curriculum and where one school board member considers slavery “a side issue to the civil war.”

These are just some recent examples of Texas officials trying to write textbooks and craft curricula that present an alternative history. There are many more. That is a particularly big problem because of the state’s size. Edits made to textbooks used in Texas often find their way into the books of other states as it is easier to mass produce the materials rather than printing different versions for each state.

With that in mind, officials such as Carson and Obama should be particularly careful how they word things — not just because children might be listening, but because Texas board of education members certainly are.