Is the NCAA Doing Enough to Protect Mental Health?

When the University of North Carolina (UNC) took the court during the NCAA Men’s Basketball National Championship final last April, it represented an accomplishment for both the Tar Heels, whose tournament hopes looked bleak for much of the season, and senior guard Rechon “Leaky” Black, who had been dealing with significant anxiety.

“I was like explaining it to [a therapist] and he was like ‘Yeah, that’s anxiety,’” Black said during a press conference on February 1, two months before the NCAA final. “I was like ‘Wow, all these years that’s really what it’s been, but I never knew it.’”

And Black is far from alone in his mental health struggles. Anxiety, along with depression, is prevalent in college athletics where student-athletes face daily pressures of balancing their academics and personal lives with their sport.

Sometimes the pressure is overwhelming. During a two-month period in the spring of 2022, there were at least five suicides of NCAA student-athletes: Katie Meyer, Robert Martin, Jayden Hill, Sarah Shulze, and Lauren Bernett.

“There’s so much pressure I think on athletes, right, especially at that high level, balancing academics and a high competitive environment,” Gina Meyer said to NBC News a few days following the death of her daughter, Katie. “And there is anxiety and there is a stress to be perfect, to be the best, to be No. 1.”

These deaths reignited the discussion about the mental health care of student-athletes.

Mental health concerns reported by NCAA student-athletes in early 2021 were 1.5 to 2 times higher than before the pandemic, according to a follow-up study to a UCLA study. 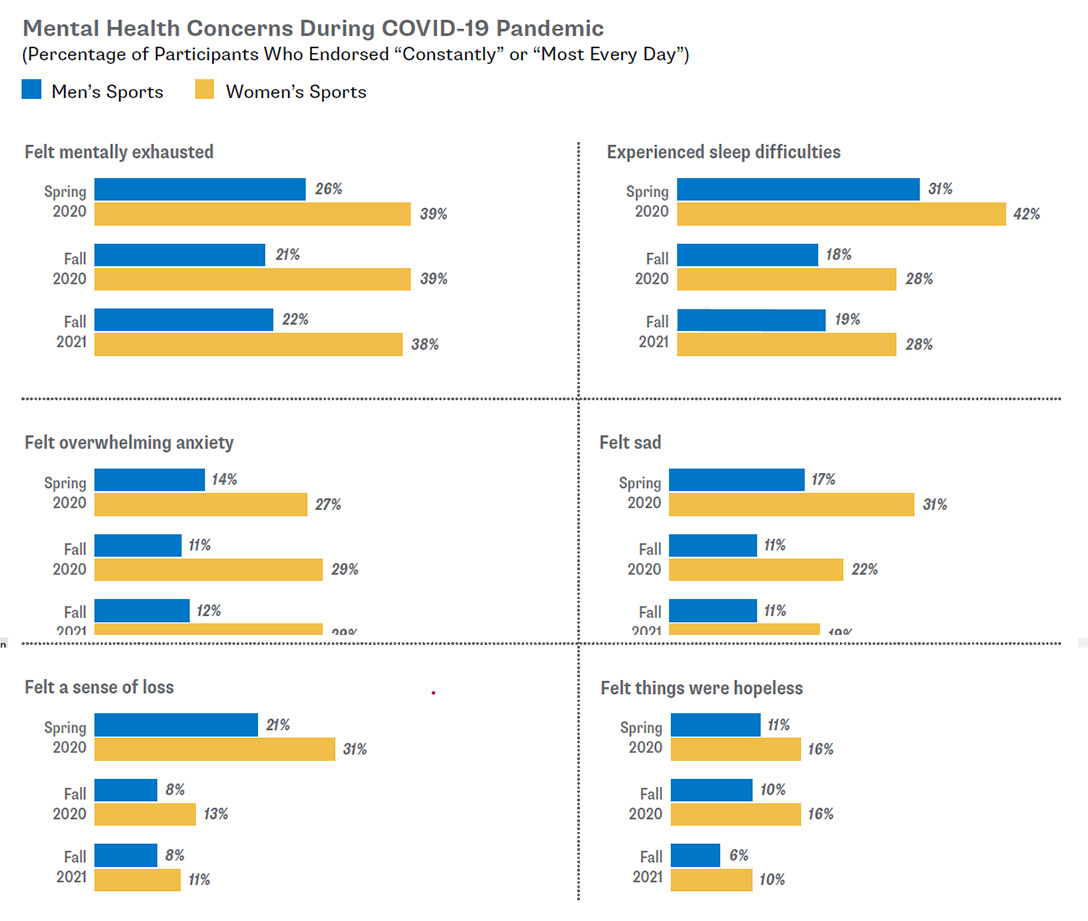 “The culture of collegiate athletics promotes student-athletes to suffer in silence,” said Lindsey Kilpatrick, a former four-year NCAA Division 1 field hockey player at the University of Massachusetts Lowell, in her Change.org petition. “The NCAA fosters an environment that prioritizes athletic and academic achievement above all else, and many times that is at this expense of our physical and mental health.”

“We would never be without athletic trainers,” Kilpatrick said, “so how are universities still without a mental health practitioner?”

In a 2019 NCAA survey, fewer than half of all student-athletes who responded to the survey reported being satisfied with the mental health care received from team or college medical personnel. Nearly a third of all Division 1 women’s athletes cited that they felt difficulties were piling up so high that they could not overcome them.

But who should be responsible for student-athletes’ mental health? The universities they attend, or the sports conference that profits off them? Higher education has been trying to sort this out for years, even as the problems continue.

The NCAA’s position is that the schools are best qualified to handle their own students’ mental health care. The organization has developed a handbook of best practices along these lines, said Brian Hainline, chief medical officer of the NCAA.

“I can state with 100 percent certainty [that oversight from the schools] would be more effective than a top-down thing where someone from the NCAA office is trying to micromanage care at a school level,” he told me. “That would be an impossibility.”

But the position of the Knight Commission on Intercollegiate Athletics, a watchdog of college sports, is that the NCAA and its member institutions should be doing more, said Walter Harrison, president emeritus of the University of Hartford.

“I think there is much more that can be done and should be done,” said Harrison, a member of the Knight Commission, who held positions at the NCAA for 12 years. 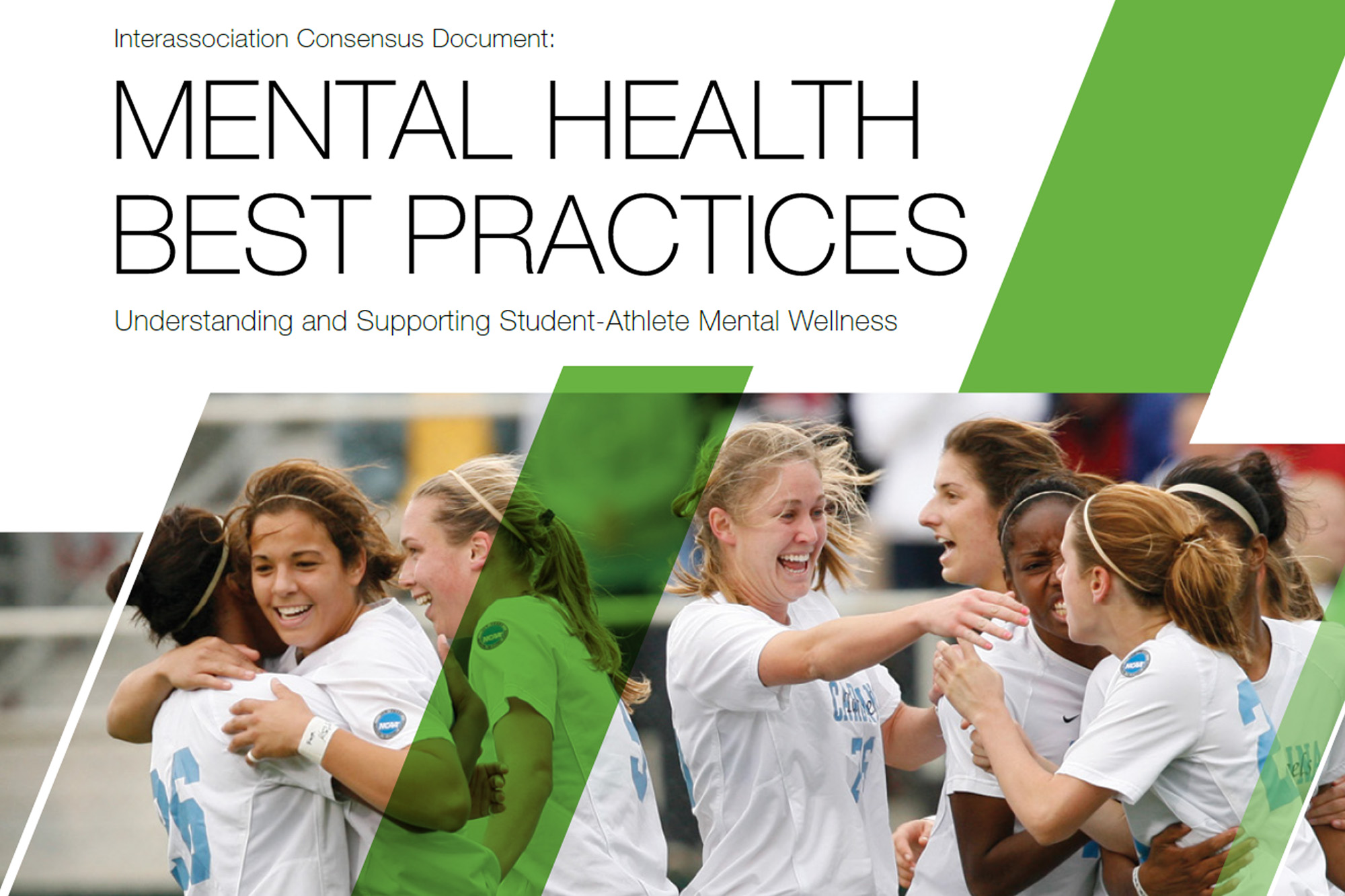 The NCAA’s handbook, Mental Health Best Practices, was released in January 2016. It recommends that qualified mental health clinicians should be “easily accessible to student-athletes, which includes being accessible through establishment of a self-referral process.”

Yet, in 2021, nearly half of all NCAA student-athletes told the organization that they didn’t think mental health care was a priority.

But Bob Harmison, director of sports psychology for James Madison University (JMU), told WhoWhatWhy the situation has improved since 2016, when the handbook became a model for making mental health care a strategic priority. He said that more psychological resources are now available to student-athletes.

Without set standards, there can be a lack of consistency in the resources available to student-athletes. 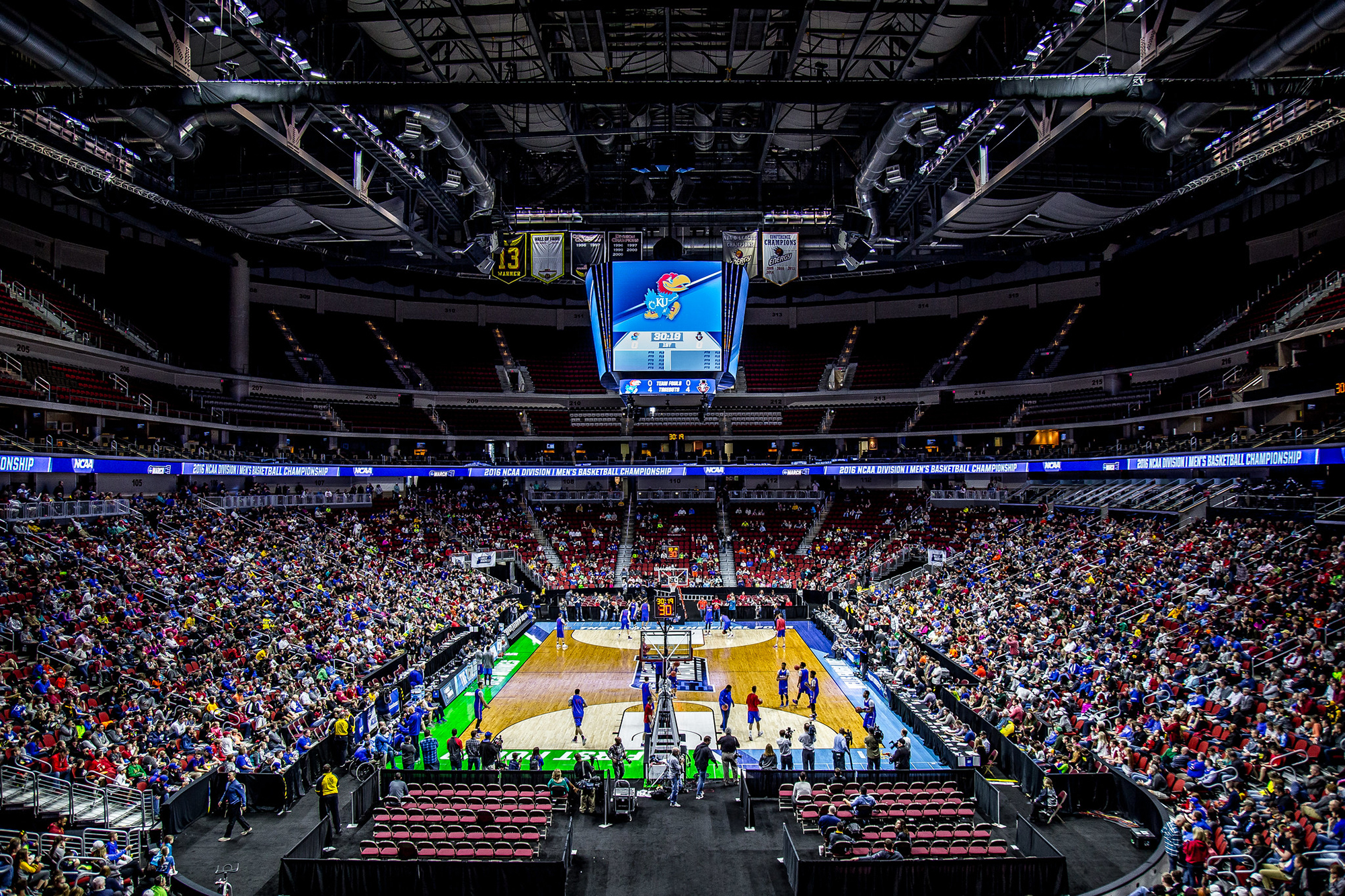 At UNC, there is no regular collaboration with the NCAA outside of following the guidance on mental health, said Dwight Hollier, senior associate athletics director for student-athlete health at UNC. It is the athletic trainers who are considered to be “gatekeepers” — people who see student-athletes at their best and most challenging times and are most likely to pick up on changes in their behavior.

“We can take steps to address those issues that may have been going on in the shadows,” he said. “And now we have a chance while it’s in the light to really address it, to really pay attention and make sure that student-athletes are getting the resources, the support, and the attention that they need.”

Meanwhile, all of the Big East schools have a dedicated body in the athletics department who are the “first line of defense” to support not just student-athletes, but also coaches and administrators, Katie Willett, senior associate commissioner for compliance, governance, and student-athlete development at the Big East, said in an interview with WhoWhatWhy.

“Our goal is to do whatever we can to try to prevent a tragedy like [suicide] from happening, and I think there’s never going to be enough that can be done to prevent that for everyone,” she said. “So the NCAA will continue to have to battle that piece.”

Is it the responsibility of the NCAA or of its member institutions? Either way, said Harrison, the underlying sentiment is still the same:

“Whether student-athletes are being appropriately supported in terms of mental health and wellness — I think the answer is no.”