As the Department of Justice begins its investigation into the Minneapolis Police Department to assess its use of force and whether officers engage in patterns of discriminatory policing, the people responsible for educating the new generation of police officers are sounding the alarm on crucial aspects of state training and oversight that could be contributing to the number of deadly police incidents.

Despite having at least 18 complaints filed against him, former Minneapolis officer and now convicted murderer Derek Chauvin was a field training officer, tasked with showing fresh-out-of-school recruits the ropes. So was Kim Potter, the former Brooklyn Center officer who has been charged with second-degree manslaughter for fatally shooting Daunte Wright earlier this month.

“There’s a lot of ingrained systematic racism, and a lot of it is not just shown through economic impacts to people, but in particular, through the relationship with the police,” said Sam Martinez, a member of the Racial Justice Network, a grassroots organization that operates in the Twin Cities.

Some 208 Minnesotans have died in confrontations with police since 2000, according to data compiled by the Star-Tribune, which found 26 percent of those killed were Black, in a state where Black people represent just 6.4 percent of the population. In the same period, Minneapolis police killed 35 people, 23 of them Black.

Minnesota is an outlier in the way it trains its police officers. Unlike other states, there are no state-run police academies. Instead, colleges and universities are tasked with training recruits and preparing them for the licencing exam. An individual must first complete a two-year associate degree — or a four-year college degree — from one of 30 regionally certified colleges in order to qualify  for the licensing exam and practical police training, commonly referred to as skills training.

The requirement was implemented in the late 1970s by the then-newly formed Minnesota Board of Peace Officer Standards and Training (POST) as a way to ensure that officers would be better qualified. The first of its kind at the time, the Minnesota POST is a board of 17 members that is responsible for setting regulations and controlling training, education, and licensing of police officers. 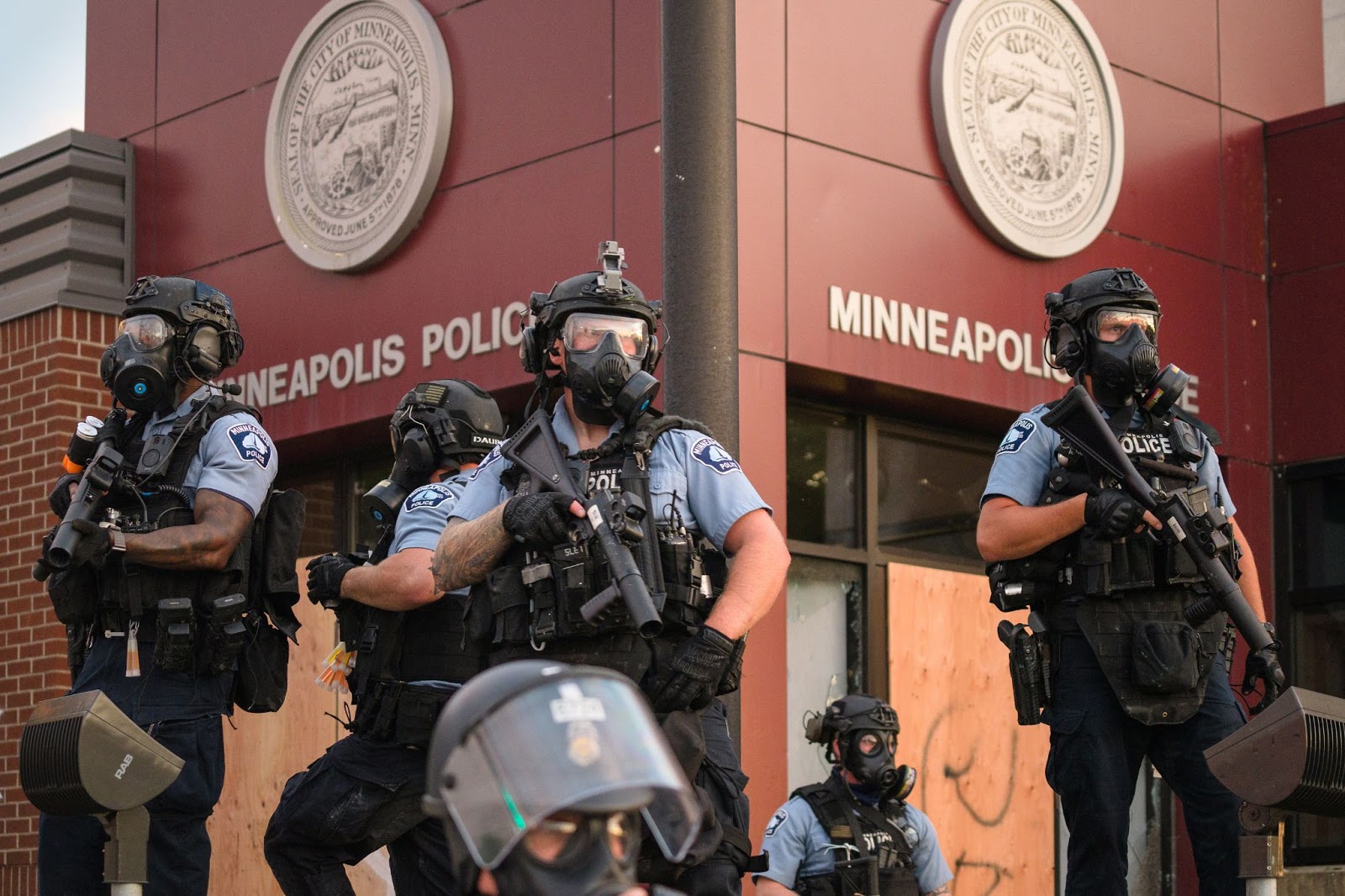 Studies show that officers with postsecondary degrees typically demonstrate broader perspectives, leadership, and knowledge, but the International Association of Directors of Law Enforcement (IADLE) warns the prerequisite might be a contributing factor to the lack of diversity in Minnesota’s police force. It could have a potentially disparate impact on “economically challenged and underrepresented communities, who are less likely to seek secondary education for a variety of reasons, including economic hardship,” the IADLE wrote in a recent audit report. The IADLE urges the state to create more scholarships and grants to attract more diverse recruits.

“Minnesota was a leader in criminal justice reform, and we are falling further behind while we are increasingly in the public eye — those two things are happening simultaneously,” Gina Erickson, criminal justice associate professor at Hamline University, told WhoWhatWhy.

Need for a Standard

There are 30 schools across the state that offer the “pre-skills” training — the postsecondary degree — and 10 of them offer the skills training. To be certified by the POST board, each school must incorporate a number of learning objectives set by the board into its curriculum.

But how schools teach and how much time they spend on any particular learning objective is up to each institution. That lack of standardization is problematic because it can lead to serious discrepancies in the field, educators say.

“I’m sure if you looked across all the schools, there are probably 30 different ways that they’re approaching teaching the learning objectives,” said Shelly Schaefer, an associate professor and chair of the Criminal Justice and Forensic Science department at Hamline University in St. Paul.

Whereas one school might decide to spend eight classes on a particular learning objective, “Another school can take that matrix and decide all of those learning objectives could be met in three or four classes,” Schaefer said.

“We assume that if students learn these concepts in the classroom, it translates to more effective policing in their community. But we don’t really know. We should be making decisions about police officer training and education based on data.”

Schools that provide the skills training also have to meet learning objectives set by the POST board, but there is no established curriculum for all the schools.

“The POST Board should not just mandate learning objectives; instead, it should develop and disseminate mandatory lesson plans for mandated topics to assure consistency and uniformity in the knowledge and skills being taught statewide,” the International Association of Directors of Law Enforcement recommended in a recent audit report requested of the POST board.

The same is true for licensed officers, who must complete 48 hours of training within a three-year licensing cycle. In response to the 2016 police killing of Philando Castile in a Twin Cities suburb, the Minnesota Legislature passed a law mandating that 16 of the 48 hours of training be geared toward crisis and mental illness intervention, conflict management and mediation, and implicit bias awareness training. Psychologists define implicit bias as “prejudicial attitudes towards and stereotypical beliefs about a particular social group … [that] are activated spontaneously and effortlessly, which often result in discriminatory behaviors.”

But again, the training’s format, content, and length are dependent on each police department, and some are better at it than others, activists and educators say. 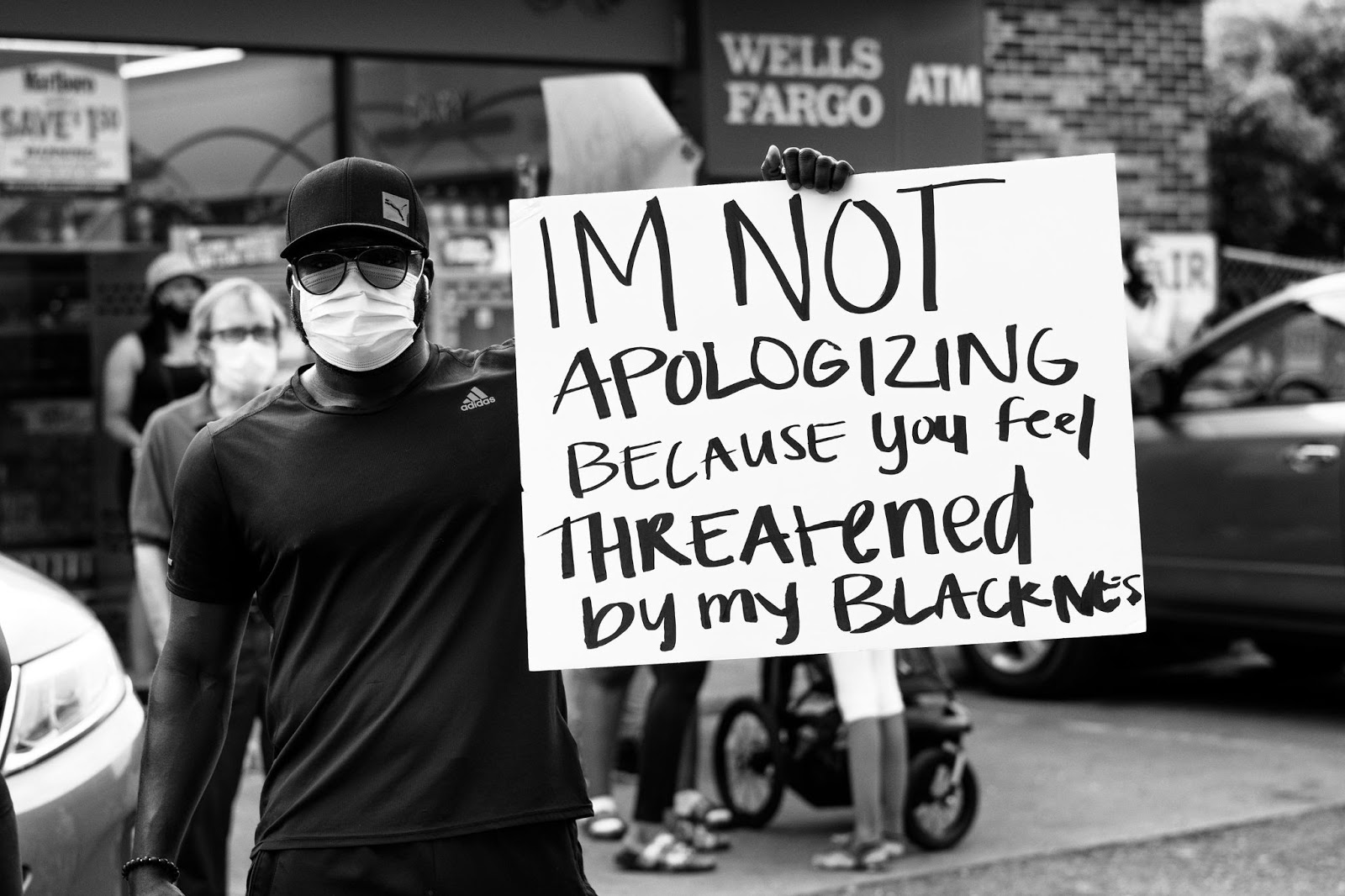 A protester at 38th Street and S. Chicago Avenue in Minneapolis after the death of George Floyd in Minneapolis, MN on May 26, 2020. Photo credit: Lorie Shaull / Flickr (CC BY-SA 2.0)

What’s even more alarming, experts say, is that they have no way of tracking how schools are preparing future law enforcement officers to work in communities across the state. Even though the POST board has oversight over the learning objectives, there is no concrete assessment system in place.

“After students graduate with a degree, they leave our programs, and enter a skills program where they spend weeks on firearms training, use-of-force tactics, and what [the National Institute of Justice] terms ‘conflict-based’ approaches to solving issues,” Schaefer argued in a co-authored op-ed. “To what extent does this approach contradict their previous formal education? Is there a mismatch between our expectations for police officers and the skills emphasized the most in training?”

“We assume that if students learn these concepts in the classroom, it translates to more effective policing in their community. But we don’t really know. We should be making decisions about police officer training and education based on data,” Schaefer wrote.

Activists and educators have been calling for the state to collect more information on police use of force and misconduct, too.

“[That information] tells you not only what’s going wrong in certain places, but it can tell you what’s going right in other places, and when we look at jurisdictions and localities, departments that are doing well, then we can say ‘Okay, well, what is it about your training, what is it about the way you hire your officers, what is it about your policies, your community, that we can replicate for other communities’,” said Kami Chavis, director of the Criminal Justice program at Wake Forest Law in North Carolina, in a discussion about police accountability.

The POST board recognizes that its system is not up to speed. Erik Misselt, the executive director of the Minnesota POST board, told WhoWhatWhy that the data it currently receives comes in through various forms of private and public data and includes everything from complaints filed by citizens to agencies self-reporting the misconduct of their officers.

With the passing of the police reform bill following George Floyd’s murder, the POST board was mandated to build a centralized data collection system to track training and police complaints.

“We’ll have a system in place where the agencies across the state … will report, in real time, complete data to the board,” Misselt told WhoWhatWhy. “It will go into this database and software system, and we’ll have a number of methods by which we can pull data from that system, which we can’t do now.”

Ambiguities in the legislation concerning the type of complaints that should be collected are slowing down the process, he said, but the first phase of the database is set to be up and running by July.

Though training is only one piece of the puzzle, educators argue that fixing those fundamental issues could help reorient the toxic culture that has plagued some police departments across the state, bring more police accountability, and eventually prevent future instances of police misconduct.