After the tech giant blocked news content in Australia, then reversed its decision, Canada and multiple European countries may soon be ready to form an alliance against Facebook in the name of supporting struggling local media companies.

Their paths could even mirror Australia, where Facebook cut off all news articles on its platform, as well as from user feeds, and in the process inadvertently blocked posts by a broad array of charities and government agencies, including a few state health departments. The rest of the world saw nothing from Australian news pages, either.

The standoff, which lasted for five days, was triggered by Australia’s push to force Facebook and Google to pay news organizations for content posted on the platforms.

“The Australia–Facebook standoff did not go well for either party. I don’t think other nations or Facebook will want this type of situation to happen again. That doesn’t mean that nations will stop thinking along the same lines Australia has, or that Facebook will give in. It just means the next battles will probably be more nuanced,” said Jared Schroeder, an associate professor of journalism at Southern Methodist University.

The bruising battle ended with Facebook paying News Corp for its journalistic content in the continent. Facebook reversed the ban after negotiations with the Australian government led to amendments favorable for the social media network. The compromise would allow the tech companies a longer period to make deals with publishers and allow them to make bulk payments instead of individual amounts for each article posted. These changes will also likely make the legislation fairer for smaller outlets, which critics say would have struggled to secure fair deals with the tech giants under the original statute. But under the compromise, the code may not apply to Facebook if it makes a sufficient number of deals with news outlets. 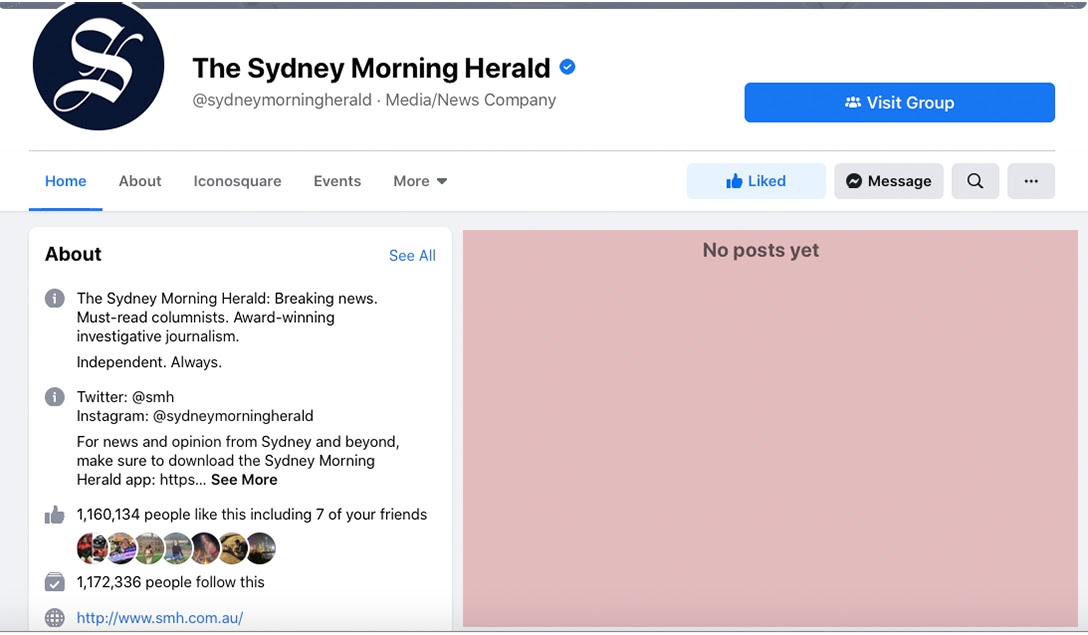 That scenario is beginning to look less likely. Although Facebook has signed an agreement with News Corp Australia and letters of intent with Seven West Media and three smaller outlets, it has failed to reach agreements with two of Australia’s biggest media conglomerates — Nine Entertainment and the Australian Broadcasting Corporation (ABC) — which employ a sizable proportion of Australia’s journalists. A few smaller organizations have rejected contracts that stipulate a right to terminate should the government designate the platform to fall under the code. A letter of intent is conditioned on an official agreement within 60 days.

Facebook emphasizes, though, that it has made progress in negotiations with media outlets. A spokesperson told the Guardian Australia that “we announced four deals in just one week and we continue to engage with publishers to further our investment in Australian journalism.”

Despite forcing these last-minute concessions, the global backlash to Facebook’s move will likely usher in a slate of anti-Big Tech regulations designed to prevent the social media platform from punishing users in countries that try to rein in its power, as well as similar requirements to pay media for the use of content.

While “there’s a chance more draconian bills will be announced,” Schroeder said, “in reality, I think more nuanced bills, ones that directly address the substantive arguments Facebook made will succeed,” while noting that “not all its arguments seemed substantive.” 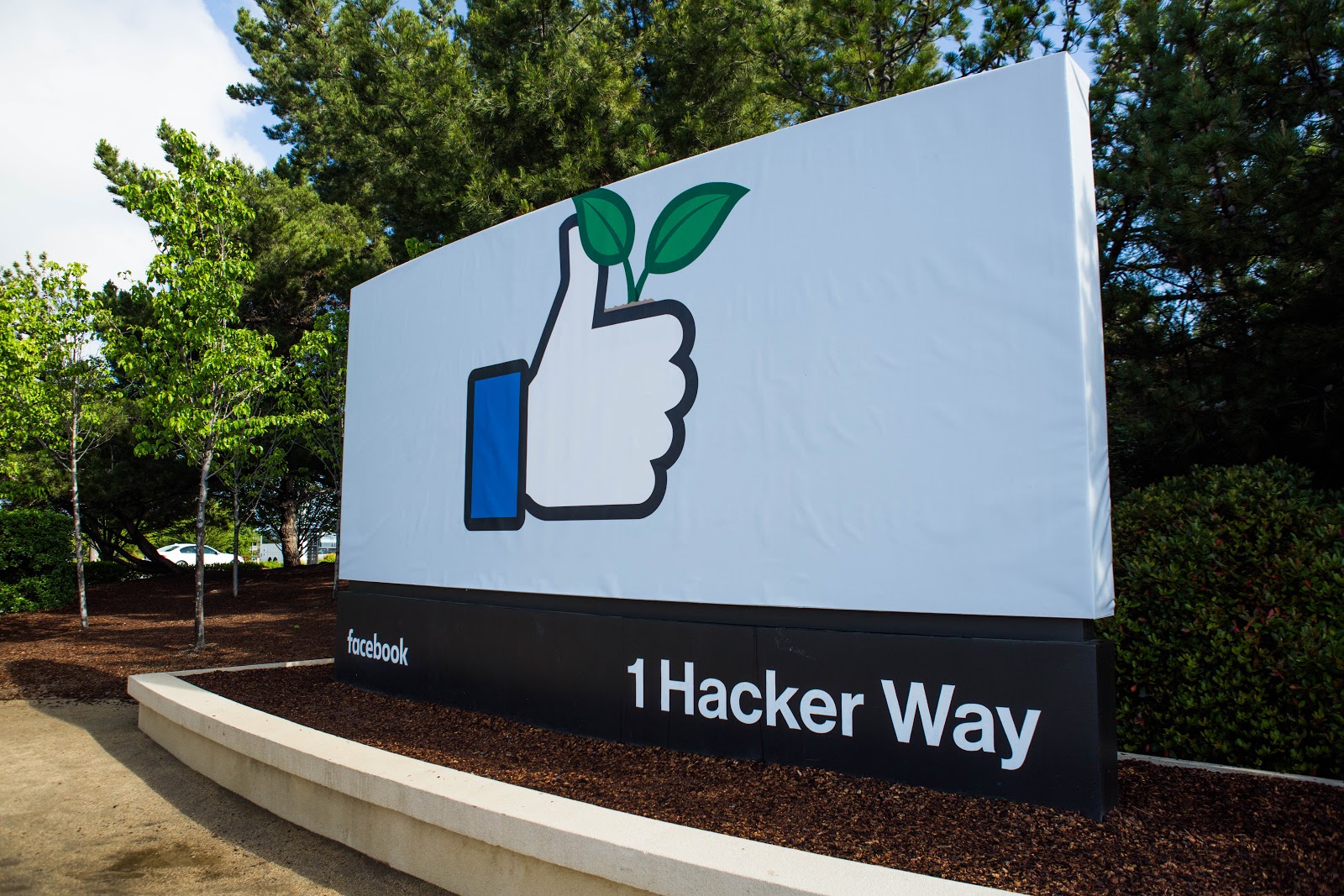 Canada has already vowed to follow Australia in mandating payments by Facebook and Google. But it is still deciding whether to pursue the Australian or the French model; the latter saw Google agree to negotiate licensing agreements with publishers in January and does not include the Australian law’s binding arbitration clause, which would force the platforms to settle on a price for content from outlets where no deal had been agreed. Antitrust regulators in France, however, have reported that Google has failed to comply with the rules by not striking deals with smaller outlets.

Google is currently in talks to add Canadian media companies to its “News Showcase” service. This highlights stories from local and national publications that have signed payment agreements in a feed on Google News, though Canadian Heritage Minister Steven Guilbeault said the search engine would still be subject to the law.

Canada also is eyeing the creation of an international front in the fight to regulate digital media companies. Guilbeault has met with his counterparts from Australia, France, Germany, and Finland to discuss cooperating on rules to require fair compensation for news outlets; he said he expects the coalition to grow to 15 countries.

“Is Facebook going to cut ties with Germany, with France, with Canada, with Australia and other countries that will join?” he asked during a news conference in February. “At a certain point, Facebook’s position will be completely untenable.”

After the Australian ban, the European Union’s Competition Commissioner Margrethe Vestager warned that “dominant providers” would face antitrust action if they threatened to pull out of any market in retaliation for measures perceived to be hostile.

“Web traffic to the sites of several major Australian news outlets decreased by 93 percent in the 24 hours after the start of Facebook’s news blackout there, suggesting a dependence on Facebook for the 39 percent of Australians who read news on the platform or a shift to using news apps.”

A spokesperson for Facebook declined to answer questions about legislation, instead referring WhoWhatWhy to several past statements by high-level executives.

“It’s always been our intention to support journalism in Australia and around the world, and we’ll continue to invest in news globally and resist efforts by media conglomerates to advance regulatory frameworks that do not take account of the true value exchange between publishers and platforms like Facebook,” wrote Campbell Brown, Facebook’s vice president of global news partnerships, in a February 23 blog post.

Although Facebook and other companies claim their platforms drive traffic to news outlets, in reality, “many people simply read the headlines and move on,” said Caitlin Carlson, an assistant professor of journalism at Seattle University. “As a result, news organizations are essentially providing their content for free, while Facebook makes billions in advertising revenue.”

That standpoint is disputed by Facebook. William Easton, the managing director for Facebook Australia and New Zealand, wrote in a blog post that “the value exchange between Facebook and publishers runs in favor of the publishers. … Last year Facebook generated approximately 5.1 billion free referrals to Australian publishers worth an estimated AU$407 million.”

Global control of tech, however, could be limited to a few wealthy countries whose citizens do not necessarily depend entirely on Facebook for information, Carlson said.

“My sense is that wealthy countries with substantial broadband infrastructure are going to be more likely to attempt to enact similar legislation,” she said. “In countries where Facebook and social media serve as people’s primary access point for the internet, I believe lawmakers will be reluctant to take any action that may limit people’s access to information via Facebook. I also believe market size will play a significant role here. Facebook will be more likely to work with countries with substantial markets.”

The greater issue, though, will be Facebook’s reaction to these regulations. The world has already seen the fruit of Facebook’s threats — its broad definition of “news organization” led to blocks on women’s shelters, community news groups, and governmental health organizations just days before the rollout of the COVID-19 vaccine.

That timing “provides extra fuel to lawmakers, lobbyists, and others who contend big tech firms have consolidated too much power over the flow of information,” Schroeder said. “People can argue — if they blocked this, what could they do to an election? Groups seeking [to] reign in big tech did not have this argument before Facebook’s block in Australia.”

Web traffic to the sites of several major Australian news outlets decreased by 93 percent in the 24 hours after the start of Facebook’s news blackout there, suggesting a dependence on Facebook for the 39 percent of Australians who read news on the platform, or a shift to using news apps. The ABC app topped the Australian App Store’s charts in the days after the ban was instituted.

Facebook has shown it is willing to move forward with country bans, no matter the cost to its reputation or its users. In Australia, this splintering resulted in the spread of conspiracy theories and misinformation, including from anti-vaccine and far-right pages that were unaffected by the blackout.

“Facebook’s response was so heavy-handed and blatant — such a power move — that it provided everyone who has been concerned about the growing power of big tech firms a golden example of what their fears look like,” he said. “The standoff with Australia also showed a lot of people, including lawmakers, that these tech firms have amassed quasi-government power. What happened in Australia could be a catalyzing force. The power of firms like Facebook to control the flow of information went from conceptual to actual very quickly.”

But this sort of regulation may not be the only, or the best, way forward, Schroeder said. A tax on social media platforms could “reinvigorate the quality of information” by funding grants for local journalism, media literacy programs, and nonprofit fact-checking groups. Another option is to follow Canada’s current model, which provides tax benefits to news outlets and their subscribers.

No matter which path countries decide to follow, Schroeder said, “there is no easy way forward.”

Facebook is one of several companies subject to an antitrust lawsuit in the United States for allegedly engaging in monopolistic behavior by buying up its competition; its response to the Australian government frames the national debate in a way that could marshal public opinion against the corporation.

“If it is not already clear, Facebook is not compatible with democracy,” tweeted Rep. David Cicilline (D-RI), the House Antitrust Subcommittee chairman. “Threatening to bring an entire country to its knees to agree to Facebook’s terms is the ultimate admission of monopoly power.”