First, the bad news: There are new variants of the coronavirus.

But, good news: The new variants of the virus are no more deadly.

But, bad news again: The new variants are 50 to 70 percent more contagious.

Maybe you are unaware of this variant news because you’ve made the wise decision to live out the rest of 2021 in a fort you built out of old shoeboxes where no Wi-Fi is allowed.

In case you’ve emerged to resupply your stores of beans and happen to glance at our roundup this week, here’s what you need to know.

There Are Two Variants of Global Concern

Both variants of SARS-CoV-2 were identified in late November and early December 2020 through genome sequencing. A UK-wide genomics effort determined that one variant (now known as B117) was behind the surging case numbers in southeast England and London, and has now spread to the rest of the world. A second variant (called 501.V2) was identified in South Africa. 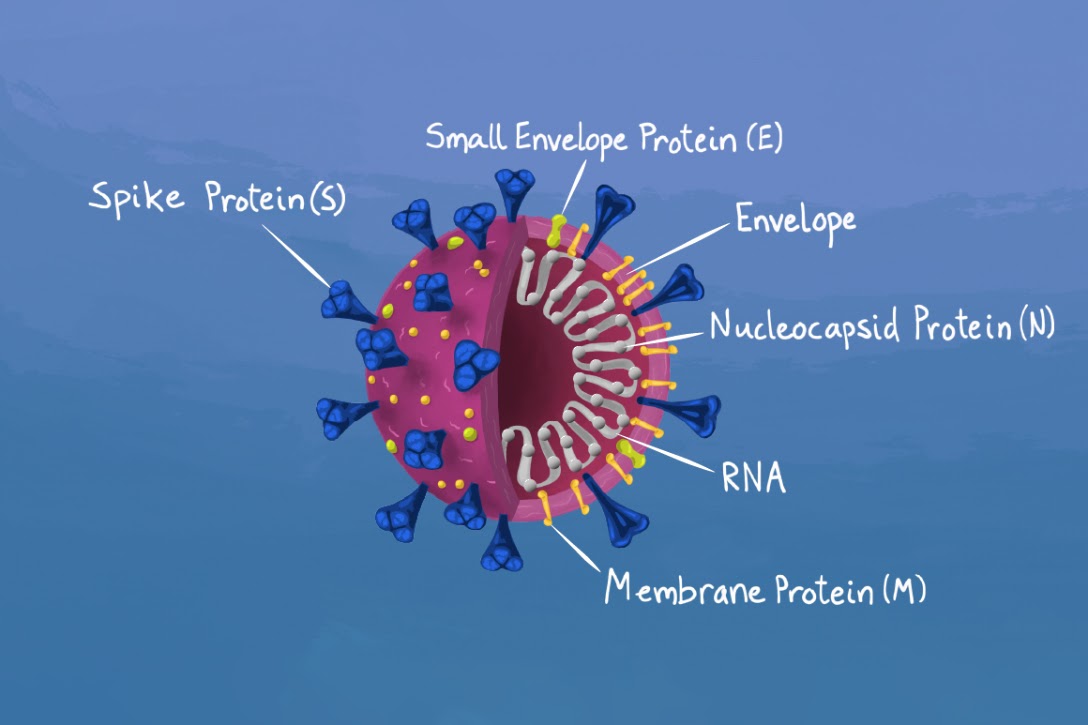 Details of SARS-CoV-2 virus anatomy with all parts labeled. Photo credit: Adapted from an image by Maya Peters Kostman for the Innovative Genomics Institute / (CC BY-NC-SA 4.0)

Both variants emerged independently, but both carry similar mutations in the coronavirus spike protein that locks on to a human protein and thus allows infection with the disease. One hypothesis about the mechanism is that this mutation somehow allows the virus to attach more strongly to cells, making infection easier.

Both are at least 50 percent more transmissible than existing viruses in circulation, which led to the UK government’s decision to enter a third national lockdown on January 5. An increase in South African cases shortly after the variant was detected has led to the country being the first on the continent to count one million infected persons.

Viruses mutate daily. But not all mutations cause significant changes in terms of infection and transmission. Researchers have watched SARS-CoV-2 evolve in real time more closely than any other virus in history. So far, it has accumulated mutations at a rate of about one to two changes per month. Genome scientists around the world are tracking mutations and variants that may be a threat to human health.


These Variants Are More Transmissible

Because the variants are more transmissible, predictions for the next six months indicate that without a more robust vaccine rollout, infections, hospitalizations, ICU admissions, and deaths in 2021 may exceed those in 2020. To that end, British scientists warn that it may be necessary to accelerate vaccine distribution.

According to the Atlantic, “Given the stage in the pandemic we are at, a more transmissible variant is in some ways much more dangerous than a more severe variant. That’s because higher transmissibility subjects us to a more contagious virus spreading with exponential growth, whereas the risk from increased severity would have increased in a linear manner, affecting only those infected.”

The fact of a more transmissible virus has increased worries in the UK about border control, resulting in restricted entry from African countries, where the South African variant is rapidly spreading. But that hasn’t stopped the UK variant from driving a second wave of spreading across the globe.

The Two Variants Appear to Be Inhibited by Existing Vaccines

Researchers have been rushing to answer the question, “What significance will this have for the effectiveness of vaccines?”

One study found that a mutation shared by both the South African and British variants did not alter the activity of antibodies produced by people who had received the vaccine developed by Pfizer and BioNtech. In other words, this vaccine remains effective against those variants, and they would have to pick up multiple new mutations to have a serious effect on vaccine efficacy — which will likely take some time.

This Week in Pandemic: To Travel or Not to Travel?

That said, according to the New York Times, “The vaccine alone will not be enough to get ahead of the virus: It will take years to inoculate enough people to limit its evolution.”

Animals Other Than Humans Are Also Highly Susceptible to the Disease

Other animals, such as ferrets and nonhuman primates, have also been shown to be susceptible to SARS-CoV-2 infection. In November, Denmark’s government ordered the destruction of the country’s 17 million mink because of a new variant spreading among the animals. Shortly afterwards, they dug them up again to prevent contamination through groundwater. Animal susceptibility can be good for research, though. Scientists have previously tested SARS-CoV-2 on hamsters, which are used as models for humans. 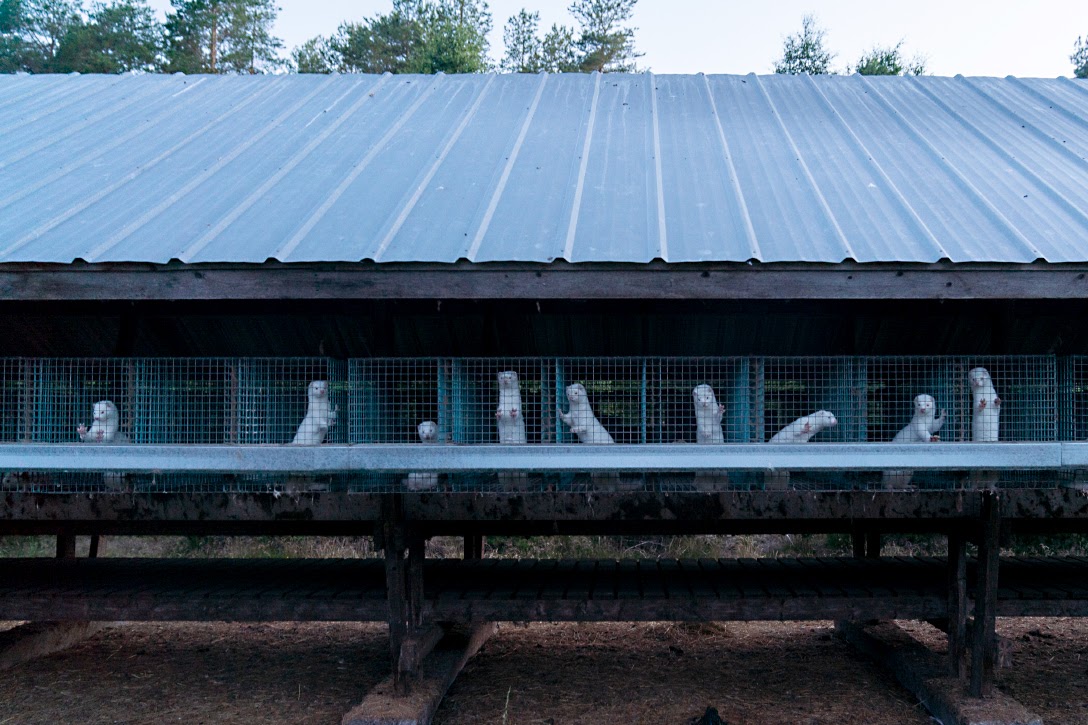 The Global Pandemic Effect Remains to Be Seen

Given the uncontrolled nature of the pandemic in many places, it is likely that other variants will emerge — and may have already done so. We’ve only seen the variants in places we went looking for them. Most surveillance is poor, including in the US. But that leads to one small, final piece of good news: The new variants shouldn’t screw up existing tests. According to the FDA, “The risk that these mutations will impact overall testing accuracy is low.”

2 responses to “This Week in Pandemic: New Flavors of Coronavirus”