When Spanish dictator Francisco Franco died on November 20, 1975, former US President Richard Nixon described him as a “loyal friend and ally” who had unified Spain “through a policy of firmness and fairness towards those who had fought against him.”

But for the families of more than 114,000 Spaniards who disappeared after the Spanish Civil War began in 1936, the military dictator is an enduring symbol of impunity that still casts a long shadow over Spain’s democracy, 45 years after his death.

“There are still many victims in mass graves, while many of those who supported a coup against Spain’s democracy are buried in cathedrals, and their names appear on streets and avenues,” Irene Herrera Insúa told WhoWhatWhy.

Herrera Insúa says that both of her grandfathers were executed in 1936. And the Spanish government largely overlooked her family, along with thousands of others, as they struggled for decades to locate the remains of their missing loved ones.

Last September, the Spanish government presented a draft for a new Democratic Memory Act that could change all of that, aiming to create a process that will facilitate the opening of more mass graves and help thousands of Spanish families get much awaited support.

“My father always said that we are second-class citizens,” Herrera Insúa recalled. “The orphans of the disappeared didn’t get any help. And they had to pull out their parents from mass graves with their own hands. This was the case of my paternal grandfather.”

Traveling Over 6,000 Miles for Justice

On April 14, 2010, a group of 170 individuals and associations filed a lawsuit in Buenos Aires, Argentina, on behalf of the victims of Franco’s military dictatorship and the transition government before democracy in Spain.

The Spanish court system had previously invoked a statute of limitations and the 1977 Amnesty Law — which protects the Franco dictatorship from being investigated — to shut down cases.

But a judge in Argentina applied universal jurisdiction — a legal principle that allows countries to investigate human rights crimes that occur outside of their borders. And in doing this, the Argentina lawsuit started a process to look into cases of execution, torture, forced disappearance, and child abduction in Spain.

Ironically, Spanish judges had previously used this strategy in high profile cases to investigate the former Argentine dictatorship, Chilean dictator Augusto Pinochet, and the military leadership of Guatemala, among other human rights offenders in Latin America.

Between 2013 and 2014, the Argentine judge charged 22 people in Spain with crimes against humanity. Defendants included members of Franco’s police, former ministers of the dictatorship, and even a doctor accused of abducting babies.

But Spain’s reluctance to comply with international arrest warrants and extradition requests prevented the Argentine judge from getting most of the necessary testimony.

Only one Spanish defendant made a voluntary statement — Rodolfo Martín Villa, a politician who served during Spain’s transition government to democracy. He is being investigated in Argentina for human rights crimes committed during the 1976 Vitoria massacre where police killed five workers and injured 150.

Human rights advocates say the Argentina lawsuit encouraged more cases to be filed in Spain against crimes committed during the Franco dictatorship and the transition government. But the Spanish court system continues to invoke the Amnesty Law to shut most of them down.

“The Amnesty Law is interpreted by the Spanish courts and tribunals as a rule of impunity,” said human rights lawyer Jacinto Lara Bonilla, who has been working on the Argentina criminal case since 2013.

Now, while many are hopeful that the proposal for the new Democratic Memory law will strengthen Spain’s commitment to human rights, Lara points out that the draft bill still fails to open a legal path for justice.

“The preliminary draft is absolutely insufficient for the purposes of guaranteeing access to justice,” he said. “It does not remove or modify any of the legal obstacles invoked by the courts and tribunals in their resolutions and which, ultimately, is what is preventing the crimes of the dictatorship from being tried.”

Living in Between Official and Unofficial Truths

Paqui Maqueda says that as a citizen she has the obligation to bear witness to what happened, denounce the repression of Franco’s dictatorship, and honor those who fought for democracy. 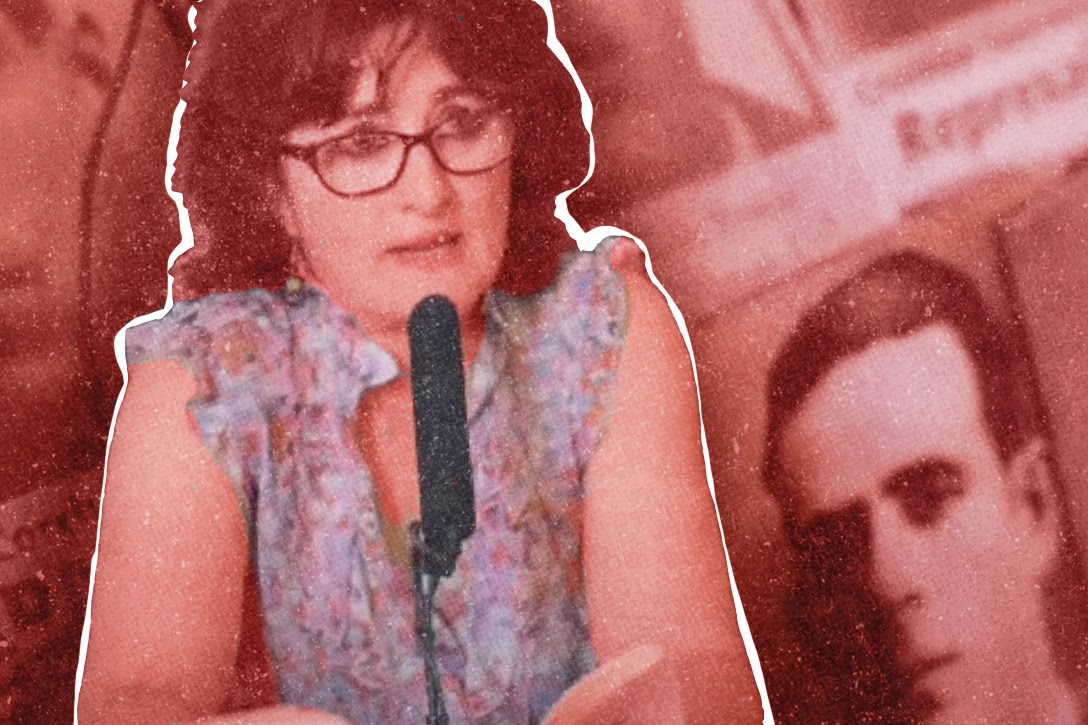 Maqueda begins her family story with her maternal great-grandfather, Juan Rodríguez Tirado. She says he was arrested and executed on August 23, 1936. And he’s one of the 114,000 who disappeared.

“He was politically involved. He was loyal to the Republican left. And we suppose that is why he was killed,” Maqueda said. “In this country we are still missing a lot of facts. And the government has never approached us to explain what happened to our families.”

Like many of the families of the disappeared in Spain, they are caught in between official and unofficial truths. And this makes Maqueda feel vulnerable and helpless.

“We are the victims of state repression. But the Spanish government does not recognize us officially as victims,” she said.

Maqueda’s unofficial and official family story is that they endured multigenerational reprisals during the Spanish Civil War and the Franco dictatorship, which was in power for 36 years.

They are originally from Carmona, near Sevilla. Maqueda still cherishes the memory of her family home, from which her great-grandmother was evicted after they executed her husband.

By the time that Rodríguez was killed, Maqueda says that his two eldest sons — Enrique, 23, and Pascual, 20 — had already escaped to join the Republic in war. The youngest son, José, stayed behind, but the fascists conscripted him at the age of 17; he ultimately crossed over to the side of the Republic as well.

After the war, Maqueda says that documentation reveals the fate of one of the brothers — an autopsy reported that Pascual was shot seven times while trying to escape.

She has more details about the other two brothers. Enrique and José were sent to prison. And Enrique worked as a “slave-prisoner” on a canal that supplies water for the Sevilla-Cádiz region.

In 1963, Maqueda’s unofficial family story intersects again with what would become an official story of the dictatorship.

“My eldest brother was stolen from my mother at a public hospital in Sevilla,” she said. “One year later my mom had twin girls, my sister and me. She told me that she cried so much after losing my brother that God sent her two.”

Maqueda believes that her brother is one of the 30,000 babies who were systematically stolen from mothers at birth during the Franco era and given to other families.

Now, after so many decades of reprisals and unofficial stories, Maqueda checks her optimism when it comes to the new law. For her, how the law will be applied is much more important than the gesture that drives it.

“We have had over 40 years of democracy, and many governments have come and gone,” she said. “And now we are waiting to see how the proposal for the new Democratic Memory law will be enacted, which is more important than the law itself.”