When a small group of Moscow dissidents who called themselves “New Greatness” began plotting to overthrow Russian President Vladimir Putin, one member proved to be exceptionally resourceful.

The man, identified in subsequent court documents only as Ruslan D, arranged for them to hold weekly meetings in a modest Moscow office that he found and paid for. He also wrote the group’s “charter,” in which the group pledged to participate in a “popular revolt” against Putin.

Ruslan D organized several trips to suburban forests for target practice. Two of his friends joined the group there, and one of them taught members how to make and throw Molotov cocktails.

The enthusiastic support for New Greatness seemed almost too good to be true — and it was. Ruslan D and his friends were actually undercover security officers.

Trap, Torture — and Get Rich

The dissidents were rounded up and arrested. One of them, Ruslan Kostylenkov, was sentenced this month to a seven-year prison term.

Kostylenkov, 27, said he was tortured by several law enforcement officers after being arrested on a cold March afternoon in 2018. In a letter that his girlfriend smuggled out of a pre-trial detention center, Kostylenkov said officers beat him on the kidneys, suffocated him with a plastic bag, and sodomized him with the steel handle of a hammer.

They forced him to admit on camera that he was part of New Greatness, which they called an extremist group.

“For five days, I urinated and defecated blood,” Kostylenkov wrote in the letter, released in June 2020, 16 months after being arrested with seven other men and two women.

Normally, the arrests could be seen as another unfortunate example of the country’s ruthless crackdown on dissidents. But the New Greatness case illustrated a disturbing trend in Russian law enforcement. Instead of implementing a centralized, top-down campaign by the Kremlin to intimidate, silence, or imprison opposition leaders and outspoken critics, groups of law enforcement officers, known collectively as “siloviki,” have created their own assembly line to mass-produce “state enemies.” 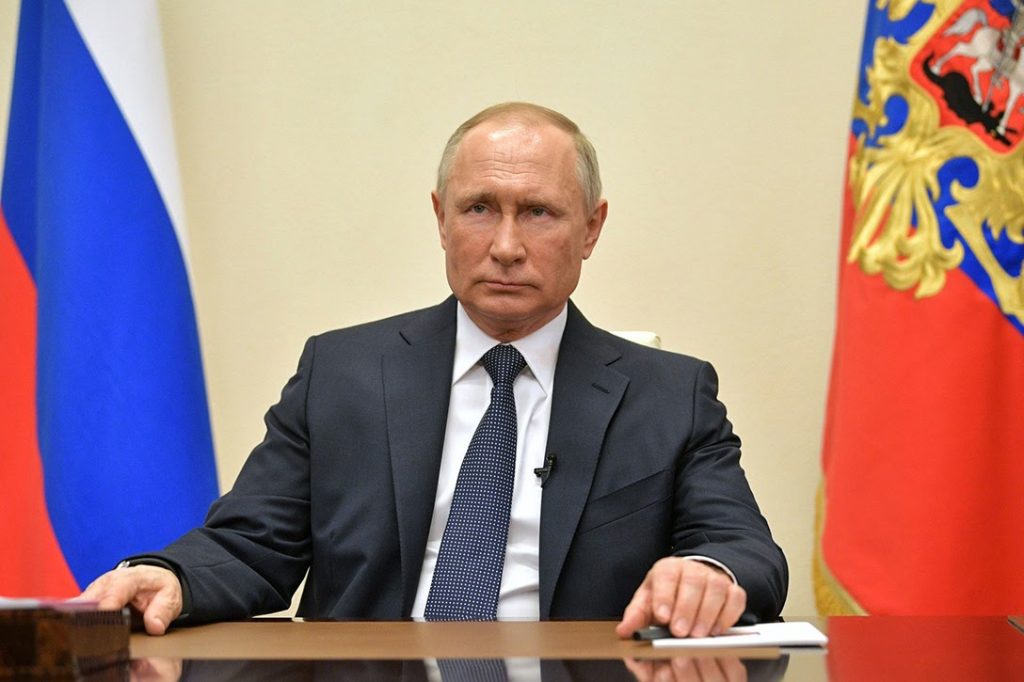 “The monopoly on the use of violence used to belong to the Kremlin, and it issued licenses to kill, beat up, jail,” former lawmaker and intelligence officer Gennady Gudkov told WhoWhatWhy.

“But now, the reins are loose, and local departments [of intelligence services] have bigger autonomy, and they want to justify this autonomy, this right to use violence with these operations to trump up, falsify cases in order to justify their importance,” he said.

Although groups opposed to Putin’s rule exist throughout Russia, New Greatness appeared to pose little threat to the government. Before their arrest, members never made themselves known at protest rallies, joined other groups or alliances, or could even be considered “sofa dissidents,” who are mostly active online. The group’s members first met in November 2017 to chat about politics and Putin.

After the group was arrested in March 2018, prosecutors identified Ruslan D’s two friends as undercover security officers. So was Ruslan D himself, according to rights groups and one of the lawyers for New Greatness, even though prosecutors denied it.

“Without him, there would be nothing, just a group of people who met at a cafeteria,” group member Sergey Gavrilov, who escaped to Ukraine, told WhoWhatWhy. “It would not have gotten any further than just talking, no one would have written any [charter].”

“The entire case is built on the testimony of an agent provocateur who invented the whole [affair], wrote the [chapter] documents, cunningly got several more people involved and snitched them all,” agreed Irina Levontina, a renowned linguist and author who provided independent analysis of correspondence between Ruslan D and another group member to WhoWhatWhy.

Human rights groups and opposition activists say these “grassroots” teams of local law enforcement officers are increasingly being used to incriminate or even frame dozens of minor activists or innocent victims.

Gudkov, the ex-intelligence agent turned opposition leader, served in the KGB and its primary successor, the FSB, in the 1980s and early 1990s. He says the agency has become a caste of virtual untouchables who energetically defend Putin’s regime because it allows them to become rich through corrupt schemes — and to use violence with impunity.

Law enforcement officers usually have prosaic reasons for ferreting out “state enemies” — to obtain promotions, larger budgets, and more staffers for their departments. An even more powerful spur is when loosely supervised siloviki obtain carte blanche for corrupt schemes such as protection rackets or other illicit deals.

Russian courts and judges, rarely described as independent bastions of justice, are increasingly seen as willing tools of law enforcement.

“The higher the job, the better is access to corruption,” said Gudkov, who was ousted from the State Duma, Russia’s lower house of parliament, in 2012 after participating in the largest anti-Kremlin rallies in Russia’s post-Soviet history.

“One of the main forms … is giving the ‘watchmen’ an opportunity to ‘solve’ any business matter, or simply take over any business they like,” Boris Vishnevsky — an opposition municipal lawmaker in St. Petersburg, Russia’s second-largest city and Putin’s hometown — wrote in an Op-Ed published by the Novaya Gazeta newspaper in early August. “Policemen, national guards, investigators, prosecutors and judges are all absolutely confident that they will get away with anything.”

Russian courts and judges, rarely described as independent bastions of justice, are increasingly seen as willing tools of law enforcement. In trials, the acquittal rate has dropped well below 1 percent, according to Justice Ministry data — far lower than the 10 percent rate of 1937, at the height of Stalin’s purges.

Occasionally, siloviki abuses become public. In 2019, for example, investigative reporter Ivan Golunov was arrested in Moscow and charged with drug trafficking. After a wave of protests and widespread media coverage, he was released because “his guilt was not proven,” the Interior Ministry said.

The arresting officers and their superiors were fired and charged with fabricating the case. Golunov and an anti-corruption group claimed it had been “commissioned” by high-ranking FSB officers tied to shady funeral businesses that Golunov had written about.

And some cases are too shocking to ignore  — such as the discovery of $109 million in cash in the apartment of a Moscow police colonel in 2016, or a 2009 shooting spree by a drunken police major in Moscow that left two dead and nine wounded.

Other arrests and prosecutions have resulted from leaked videos, reports from independent watchdogs or media, various Kremlin “reforms,” or even competing gang factions turning on each other. In recent years, dozens of siloviki have been convicted of blackmail, drug trafficking, illegal raids, kidnapping, rape, and bank robberies, according to official data, while observers claim the real number of criminals in uniform is much higher.

When it comes to quashing dissent, there appear to be no limits. Siloviki activities have resulted in soaring numbers of political prisoners. Memorial, Russia’s oldest human rights group, said in June that at least 308 Russians are political prisoners — six times more than in 2015. Hundreds more have been detained, arrested, lost their jobs, been kicked out of universities, sentenced to hefty fines, or forced to flee Russia.

FSB’s regional offices and officers throughout Russia have recently launched a string of investigations and trials based on shaky or outright absurd evidence:

More ominously, even casual supervision of siloviki by the central government appears to be weakening. Political scientist Nikolai Petrov said in a 2019 interview that a divide-and-rule balance between different clans — “whose loyalty to the Kremlin and wariness of each other have been the bedrock of Putin’s rule — is wobbling.”

“Without a clear signal from Putin about what he will do in 2024 or who will replace him, the whole system is coming apart,” Petrov was quoted as saying. “Putin is in control of all major moves, but we see more and more moves by this or that elite clan.”

Kostylenkov, the New Greatness member who was tortured after being arrested, was sentenced to seven years in jail on August 7, even though he retracted his “confession.” The others received suspended sentences and up to 6½ years in jail. Only two pleaded guilty.

Gavrilov, New Greatness’s only free member, who fled Russia before trial and received asylum in Ukraine in June, sees his case as a warning to others. “They want to say, ‘We can jail anyone for anything,’” he said.