The calendar says Election Day will be November 3, but there’s little agreement on anything else. Arguments about who can vote, and how those ballots should be cast and counted, are unlikely to end by the time the polls close. In America Decides 2020, editors and reporters for WhoWhatWhy explore these critical issues, and how they could shape US democracy for years to come.

Election officials are scrambling to recruit enough poll workers in time for an expected historic surge in absentee ballots this November, but as the primary election in New York showed, there is reason to be concerned about what happens if you request an absentee ballot and it fails to arrive on time.

President Donald Trump’s attacks on voting-by-mail are obviously intended to discourage that option, and they are turning Republican voters against mail-in voting at a disturbing rate. To further complicate the situation, the pandemic has upended traditional “Get Out the Vote” efforts. Voting-rights groups are urging voters to request an absentee ballot before it is too late, but there is another option: in-person early voting.

Like voting by mail, in-person early voting lets you cast a ballot before Election Day. Most states offer it, but when and how long it is available depends on where you live.

Here’s what you need to know about voting early in your state:

Early voting lets you cast your ballot in advance of a scheduled election. There are two choices: absentee voting and in-person early voting. To keep things simple, we will refer to the in-person option as early voting.

Unlike mail-in voting, early voting does not require voters to provide an excuse. The period of time that officials designate for early voting can start anywhere from two months to four days before an election. Some states even allow early voting on weekends. 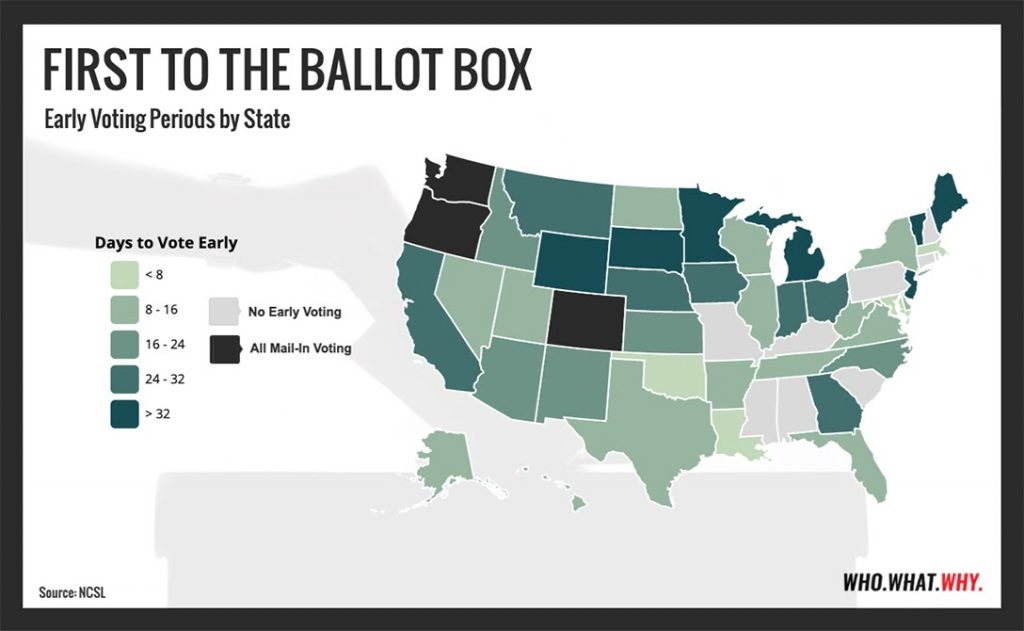 The early voting process is similar to voting in person on Election Day. Voters can visit either their designated polling place or a vote center, which is open to any registered voter that lives in that jurisdiction, and cast a ballot like they would during a scheduled election.

Voting early allows voters to follow their own schedule. Another advantage is that you don’t have to wait for hours in line, which is especially useful during a global health crisis. The flexibility has made early voting an increasingly popular option across the country. The number of early votes cast in US elections more than doubled from 2004 to 2016, according to the US Election Assistance Commission. 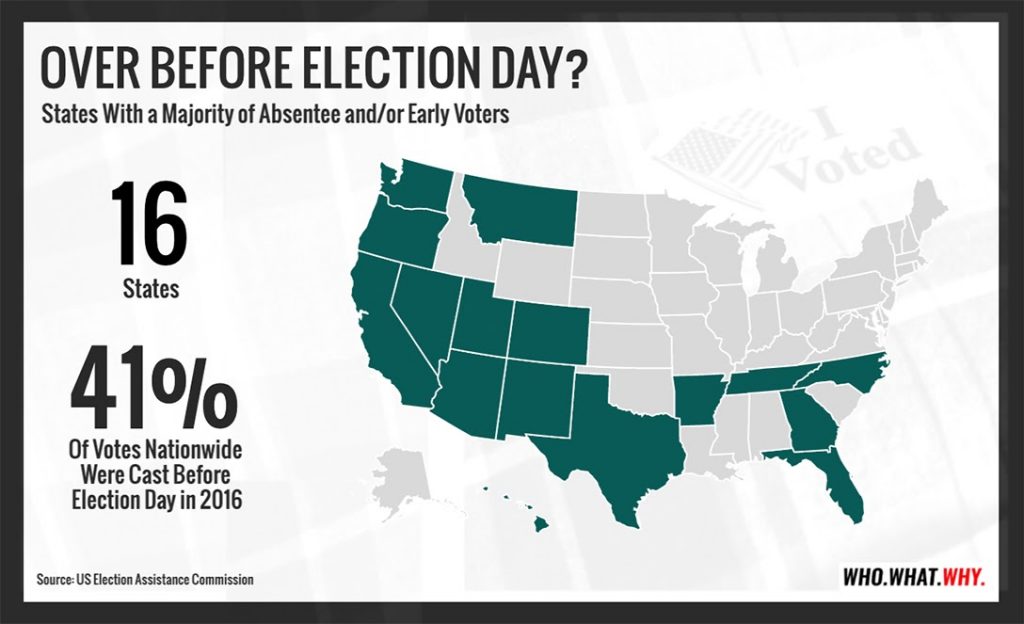 With more voters choosing to cast an early ballot, however, efforts to curb access are also on the rise.

After wild success and an uptick in youth voter turnout, the state legislature imposed a parking requirement for colleges that wanted to host an early voting site on campus. If a university wanted to offer space for early voting, it would need to provide “sufficient, non-permitted” parking for voters.

What if I voted early but want to change my vote on Election Day?

Many voters do not make up their mind until the last minute. One poll found that 26 percent of voters did not decide which candidate they would vote for until the month before the 2018 midterm elections. So, what happens if someone votes early and changes their mind?

Many states let voters nullify their absentee ballot on Election Day and cast a new ballot in person at their polling place. Unfortunately, not all early voters are afforded that opportunity. Currently, only seven states — Connecticut, Michigan, Minnesota, Mississippi, New York, Pennsylvania, and Wisconsin — allow early voters to cast a new ballot.

There are roughly four months until the November election. The deadlines are rapidly approaching for voters to make up their minds about casting an absentee ballot. If you are a voter wanting to avoid spending hours waiting to vote on Election Day and you are concerned about the anticipated surge in mail-in ballots, contact your local elections office for more information about in-person early voting.