The Federal Bureau of Prisons (BOP) has come under fire for failing to protect its prisoners — including the most vulnerable — from the COVID-19 pandemic. One men’s prison in California shows the dangers of failing to do adequate testing.

Because testing for the coronavirus nationwide has been so spotty, health professionals and other experts believe the severity of the pandemic has been grievously underestimated. For prison inmates, lack of adequate testing can mean a death sentence.

In May, the BOP announced the retrofitting of an old factory at the Federal Correctional Institution (FCI) in Lompoc, CA, to serve as a mobile COVID-19 hospital. With the opening of this unit, the BOP said, testing would occur throughout the entire facility. However, Lompoc comprises a low-security FCI and a medium-security United States Penitentiary (USP); according to several inmates, to date, no mass testing has occurred at the penitentiary.

Steven Fishman, a 70-year-old inmate, said that at the USP, where he is housed, only prisoners exhibiting symptoms are tested. He said that if both facilities were mass tested, he would bet there would be at least 2,000 cases. In the BOP’s report, only 17 of the 1,717 inmates at the USP were reported to have tested positive.

In May, the BOP was criticized for underreporting the COVID-19 infection rate because the numbers it released did not align with the Santa Barbara County Public Health Department’s reports. County statistics, released a month later, showed 1,910 total cases, more than half of which were at Lompoc.

Due to his age and preexisting conditions, Fishman falls into the category of most vulnerable to COVID-19. His hopes were high that he would be released to home confinement after the Department of Justice took action in March and April regarding early release to home confinement for at-risk and elderly inmates — but now, he is beginning to despair.

“People were coughing and vomiting all day and night, and many times I heard officers say, ‘Man down,’ meaning that an inmate was non-responsive.”

The infection rate is growing rapidly at the Lompoc USP, says Fishman, because those with confirmed infections are returned to the housing unit too soon. He told WhoWhatWhy that inmate Brian Higuera, who contracted COVID-19, spent only eight days in isolation, from April 22 to April 30.

Fishman provided a formal complaint that Higuera submitted — and provided to the office of Sen. Kamala Harris (D-CA) — which confirmed that statement. “When I asked why I was returned early, I was told, ‘We have no room. Everybody’s got the virus,’” Higuera wrote.

Higuera’s complaint also states that he was not retested before returning to the regular population. “I have no idea whether I am still positive or not, since no one even took the trouble to settle my anxiety by retesting me,” he wrote.

The conditions in the Solitary Housing Unit (SHU) — usually reserved for inmates who have violated prison rules — were horrific, according to Higuera.

“People were coughing and vomiting all day and night, and many times I heard officers say, ‘Man down,’ meaning that an inmate was non-responsive,” Higuera said. “There were no respirators or ventilators. It was nothing more than a holding tank — a warehouse of sick men. It was a nightmare.”

Another inmate, Michael Wayne Ellis, was in the SHU for three days after testing positive, said Higuera, and spent the next 12 days in the Medium H Unit — a former SHU that had been closed due to mold contamination. Medium H has cells with open bars, said Ellis, through which correctional officers passing by could contract the virus and then spread it to the wider population and other staff.

Ellis was no less horrified by conditions — and policy — at Medium H. “There were bird droppings, bugs flying in and out,” he said. “It was dusty and filthy. We were given one sheet, one blanket, and no extra clothing or cleaning supplies. We weren’t even allowed to shower.”

Ellis’s family was not informed of either his testing positive or his isolation. “My family called, and they were told that I was in a unit locked down, and that I didn’t have time to use the phone,” he said. “My family didn’t know that I was sick until I got out of the ‘hole’ and was able to call them myself.”

Ellis also reported that he was not retested before being returned to the regular population of more than 100 inmates at the satellite camps, which are barracks without individual cells.

Fishman said the return of Higuera and Ellis without retesting traumatized him and other inmates. “It is deliberate indifference on the part of prison officials,” he said. “Positive inmates could spread the virus to me and everyone else.”

“There is an on-going pattern [of] reckless endangerment, as if the warden and executive staff want to infect all the inmates here, instead of protecting them,” Higuera said.

The threat of contracting COVID-19 in prison is especially dire, considering that prisoners have a disproportionate number of health concerns, including chronic diseases and complex medical needs. 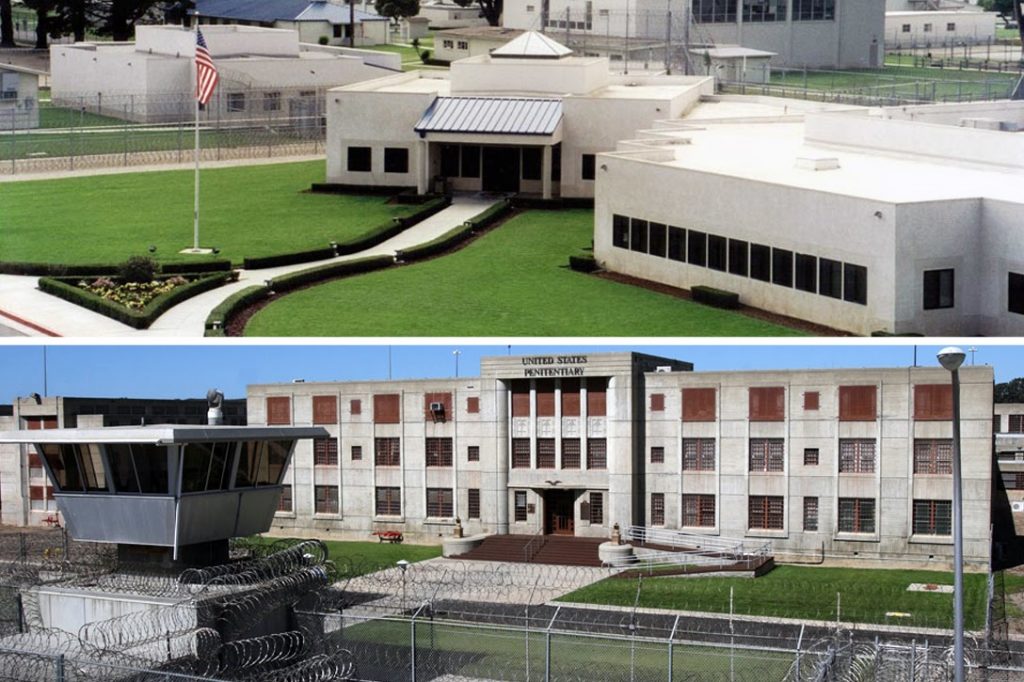 Higuera suffers from skin cancer and embedded kidney stones, and said he has never received any medical treatment while at the SPU, either for COVID-19 or his other medical conditions.

While they have been ordered to wear masks and comply with social-distancing guidelines, the inmates’ close quarters make that virtually impossible. Fishman said the inmates huddle together in lines, less than one foot apart, as they wait to receive their bagged meals.

“It reminds me of a sweatshop in the Lower East Side of New York in the 1900s before the unions implemented reforms,” Fishman said. “The sinks are next to each other, and so in the bathrooms, where no one can wear masks while brushing teeth or shaving, it is not possible to practice social distancing.”

A recently filed American Civil Liberties Union (ACLU) Foundation of Southern California lawsuit contends that Michael Carvajal, the director of the BOP, and Louis Milusnic, the warden of Lompoc, “have demonstrated that they will not take the measures necessary to prevent the coronavirus from converting more prison sentences into death sentences without court intervention.”

In the lawsuit, the ACLU also charges the prison with “inhumane conditions of confinement,” and with failing to “conduct timely testing, provide adequate PPE, or effectively isolate those who are infected and who have had contact with the infected.”

The lawsuit argues that this “deliberate indifference amounts to cruel and unusual punishments prohibited by the Eighth Amendment.”

Fishman has served more than 10 years — 48 percent of his 22-year sentence for a nonviolent crime. He said that morale is extremely low, as inmates are aware that with no access to good legal representation, it is unlikely they will be released.

“One inmate had a very high-powered attorney who arranged for a judge to release him,” Fishman said. “I guess the rich and powerful and politically connected, like Paul Manafort, are held to a more liberal standard.”

Confusion caused by the Trump administration’s lack of national directives on COVID-19 policy has been exacerbated by mixed messages from the US Department of Justice.

Attorney General William Barr first ordered federal prisons to increase their use of home confinement for the elderly and medically “at risk” on March 26, specifying that nonviolent inmates who had served half of their sentences could be considered. On April 3, Barr used authority under the Coronavirus Aid Relief and Economic Security (CARES) Act to expand his ruling to include prisoners who had served 25 percent of their sentence or had less than 18 months remaining.

Although one in five federal prisoners met this new “most vulnerable” criterion, by the end of May only 1.8 percent of 170,400 federal prison inmates in 122 facilities across the US had been released, according to the BOP’s own records.

That’s partially because Barr’s memo specified that prisoners must also meet stringent restrictions regarding recidivism — the minimum possible score on a “risk assessment” algorithm called PATTERN, in use since 2019.

According to a report by the Marshall Project, under this policy, about 7 percent of black men and 30 percent of white men in federal prisons would be considered low-risk enough to be released to home confinement (disproportionate numbers of black men are incarcerated for repeat offenses, many related to arrests for drug possession during the War on Drugs).