“George Floyd’s death is a reminder that black voices are still ignored.”

That is the headline of an interview with UC Berkeley professor Nikki Jones, in which she describes her research on the silencing of black voices. She explains that she uses “recordings of local police confrontations to examine the content of [a historically black San Francisco neighborhood] residents’ complaints about policing,” and that her goal is to “identify what black youth imagine and articulate as a new form of justice, a new way to imagine black freedom based on the experiences of black people in their communities.”

Through her work, Jones, the acting chair of Berkeley’s African American Studies Department, lends her voice to those who struggle in their communities to be heard by the very people who are there to protect them. She reminds us that over and over again, when a black person is under arrest, even for a nonviolent infraction, things all too often escalate quickly into lethal force — no matter what that black person may say, like “I can’t breathe.”

We all continue to struggle with what happened on that street in Minneapolis; we will never unsee Floyd taking his last breaths, or the look on former Minneapolis police officer Derek Chauvin’s face. Whether we are the ones under threat, or those trying to understand that threat from the outside, the horror should inspire us to action.

Jones says that the diversity of the protests of the last weeks shows that many thousands of people in America want to do more and won’t stop working for justice when the protests end. But, she believes, in order to do more, they will need to develop a deeper comprehension of the problem.

“Understanding is going to take work,” Jones says, “and the ignorance that is often not called out and goes unchecked makes that work even harder. Black people can’t be the ones educating everyone. If you are truly, truly interested in being an ally, and working toward a world where black freedom can actually be achieved, then you have to do the work.”

According to Jones, we all must step closer to the writing that can be “entry points” to understanding.

We at WhoWhatWhy have selected some “entry points” — black voices, written and spoken during the two weeks that have just passed. May they resonate. 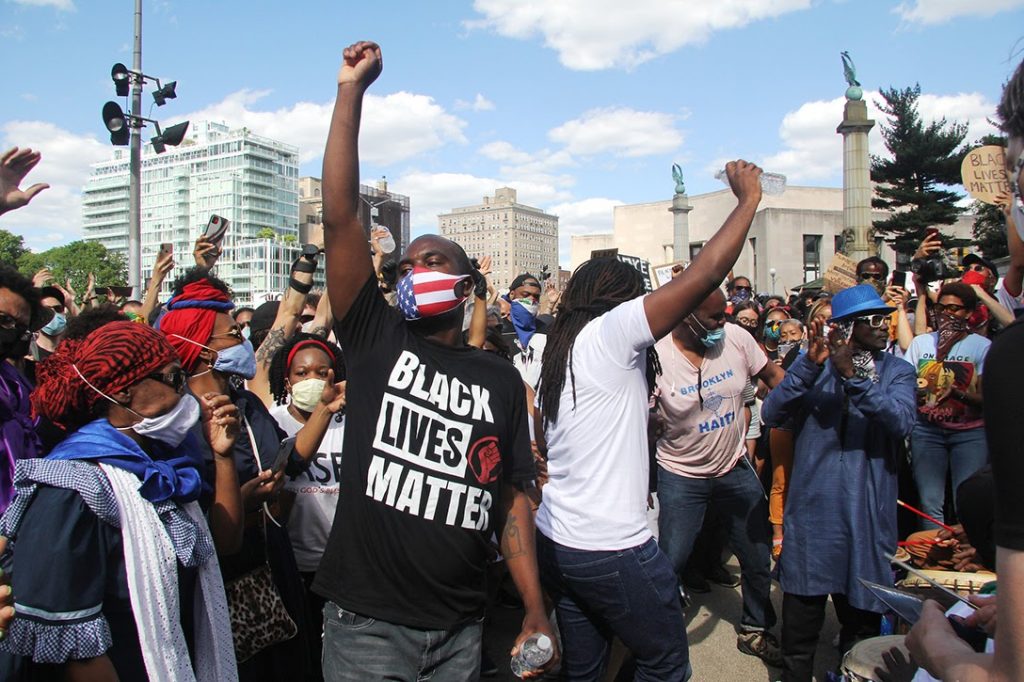 To That Officer, He Was Invisible

This piece by the president of Emerson College in Boston, MA, which appeared in the New York Amsterdam News, combines the political and the personal — not that, in the case of race, they can ever really be divided. “I didn’t sleep Friday night,” writes Lee Pelton, PhD, referring to the night of May 25. “Instead, I spent the night, like a moth drawn to a flame, looking again and again at the video of George Floyd’s murder at the hands of a Minneapolis white police officer. It was a legalized lynching. I was struck by the callousness and the casual dehumanization of Mr. Floyd. To that officer, he was invisible — the Invisible Man that Ralph Ellison described in his novel by the same name.”

Pelton goes on to explain that “black bodies have been made to signify criminality, a threat and a menace to society by the American government at all levels. It logically follows that these bodies (male, female, young, and old) will be harshly and brutally assaulted by the law-enforcement forces of public safety (police).”

I Did Not Receive an Apology

In the Minnesota Spokesman-Recorder, Luke Tripp, PhD, a professor at St. Cloud State University in St. Cloud, MN, reports having had many “negative encounters with the criminal justice system,” and tells a story about being stopped by two police officers who said they mistook his bag for a purse.

“The fact that I, a university professor and senior citizen, was stopped on a busy street in mid-afternoon and publicly humiliated by police officers because they perceived me as a suspected purse thief indicates the high level of anti-Black police profiling in the city of St. Cloud,” Tripp writes. “I filed a formal complaint, but it was disdainfully dismissed. I did not even receive an apology.”

I Do Not Call Them Riots

“When I think of a riot, I immediately think of destroying property when [people have] won or lost a big game, without a historical or moral focus,” writes Christina Greer, PhD, associate professor at Fordham University and the author of Black Ethnics: Race, Immigration, and the Pursuit of the American Dream.

“What is happening in New York City and major cities throughout the country are people literally screaming for their voices to be heard,” she writes. “I do not call them riots … In the midst of a global pandemic where the inequity in Black health care and the decreased life chances of Blacks in the U.S. are on full display, the fear, anger, and anguish are [also] on full display.”

Where Do We Go from Here?

Kathy Y. Times, a past president of the National Association of Black Journalists, shares for Black Women Unmuted on WURD Radio 96.1FM in Philadelphia how the Floyd killing “triggered memories of two life-changing experiences for me: witnessing the 1980 Miami riots sparked by the acquittal of white police officers who killed a black man, and an encounter with gun-wielding police in 2006.” She says that, finally, she sees other people feeling the mix of powerful emotions that she has felt for decades. “Collaborate with people who don’t look like you to address racial reconciliation,” she urges, among many other recommendations.

Frances Murphy (Toni) Draper, the publisher of AFRO, The Black Media Authority, from Baltimore/DC, asks, “Where do we go from here?” Among her suggestions are “advocating for fair housing and equitable healthcare, the elimination of food deserts, quality public education, and “campaigning vigorously to get Donald Trump out of the White House in 2020 (maybe this should have been number 1).”

From Black Voice News in Riverside, CA, is this column on the use of the Insurrection Act for and against black Americans. From the Amsterdam News is this powerful statement of solidarity by African authors. From BLAC Detroit Magazine is a list of “six books all white allies should read,” to which we would like to add Ibram X. Kendi’s How to Be an Anti-Racist and Layla F. Saad’s Me and White Supremacy: Combat Racism, Change the World, and Become a Good Ancestor.