As teachers and administrators struggle to reinvent how they teach students this September, US Secretary of Education Betsy DeVos’s recent policy decisions have only made the situation worse — ensuring that public schools will have greater budget shortfalls than before, right when they need more help.

However, critics charge that DeVos saw this $30.7 billion allocation as an opportunity to divert funds from public to private schools, as well as hold up emergency dollars as she and Congress dispute how they are to be spent. Congressional leaders, public school advocates, and school officials are appalled.

“Since her appointment, DeVos has made a conscious effort to destroy public education and support efforts to undermine it, such as for-profit charter organizations, vouchers, or aid to private and religious schools,” says James Harvey, executive director of the National Superintendents Roundtable and Senior Fellow at the Center on Reinventing Public Education.

Under DeVos, the Department of Education (DOE) created a set of guidelines for CARES Act education funds that supersede those set forth by Congress.

DeVos’s guidelines muddy the use of Title I funds, which assist public school districts serving low-income students. Until now, a portion of a district’s Title I funds has gone to costs like tuition, transportation, and tutoring for low-income students attending private schools. The DeVos guidelines base that portion on all students in a district who attend private schools, not those who are low-income. In other words, the DOE guidelines allocate funding regardless of need — the very principle on which Title I hinges.

“At a time when districts are struggling for dollars, to deny economically disadvantaged students funding they are entitled to through Title I is unimaginable,” said Daniel A. Domenech, Executive Director of the American Association of School Administrators.

DeVos’s creative interpretation of the CARES Act has also drawn the scrutiny of  Congressional Republicans, including Sen. Lamar Alexander (R-TN) who chairs the Health, Education, Labor and Pensions Committee. “The money should have been distributed in the same way we distribute Title I money,” Alexander said. “That’s what most of Congress was expecting.”

Congressional Democrats sent a letter to Secretary DeVos charging that her department’s actions are a “contravention of both the plain reading of the statute and the intent of Congress,” and that they ”broke with statutory requirements of the CARES Act and longstanding precedent of the equitable services provision.”

One of the peculiarities in the DeVos guidelines directs $180 million to a program called Rethink K-12 Education Models. Parents of K-12 students may apply for these “microgrants” to use for private, religious, and virtual schools.

Senate Minority Leader Chuck Schumer (D-NY) accused DeVos of misdirecting the relief funds, pointing out that funding meant to help states deal with the pandemic will instead go to her longtime agenda of advancing voucher programs, which have nothing to do with COVID-19. 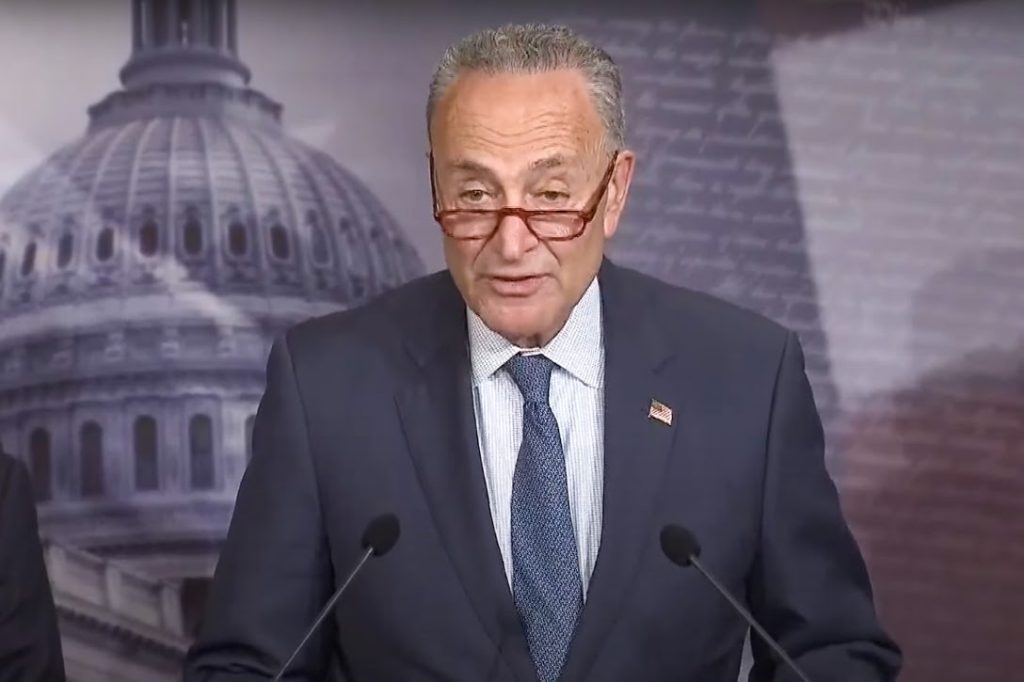 As Harvey notes, DeVos has a well-documented history of supporting private and religious schools. In a 2001 interview with The Gathering, a philanthropic group that focuses on advancing Christianity, she and her husband Dick DeVos were asked whether Christian schools should continue to rely on private donations or taxpayer money through vouchers. She famously replied, “There are not enough philanthropic dollars in America to fund what is currently the need in education … Our desire is to confront the culture in ways that will continue to advance God’s kingdom.”

In a recent Sirius XM conversation with Cardinal Timothy Dolan, the Catholic archbishop of New York, Devos was asked whether she was using the relief funds for vouchers supporting families whose children attend faith-based schools. “Yes, absolutely,” DeVos responded. “For more than three decades that has been something that I’ve been passionate about.”

Eve Carney, Tennessee’s chief districts and schools officer, announced that Tennessee will follow DeVos’s guidelines. Toni Williams, the finance director of Shelby County Schools — a Memphis district with a high percentage of impoverished students — reported that due to the DeVos guidelines, the district will receive about $12 million less to assist with needs associated with COVID-19 than they would under the original Act.

In response to states refusing to follow her guidance, DeVos submitted a letter to the Council of Chief State School Officers, stating that their interpretation of the CARES Act — which concurs with Indiana’s — is wrong. She also defended her decision in an online question and answer session with reporters late last month, and stated that she will seek to turn the guidance into a formal rule, giving it the force of law.

According to Domenech, until that happens, the funds will remain in escrow, whereas public schools need the money now.

Domenech explained that due to DeVos’s guidelines, school districts that serve students living in poverty will now face greater budget difficulties than they did prior to the COVID-19 pandemic. These districts have spent considerable funds on laptops and hotspots for students with no access to computers or internet at home, teacher training to facilitate remote learning, sanitization of buildings, and the acquisition of protective equipment for both teachers and students for use in the fall. In addition, district funding from state governments is expected to decrease for the next fiscal year, due to state budget crises also caused by the pandemic.

DeVos does not appear to be moved. She accused public school districts of sharing “as little as possible with students and teachers outside of their control,” adding that private schools in low-income and middle class communities have been “overwhelmed by COVID-19,” and some face closures.

“I would encourage educators everywhere to be as concerned about [private school] students and teachers as they are with those in public schools,” DeVos said.

Does Betsy DeVos Mean the End of Public Education in America?

Larger grants under the Rethink K-12 Education Models umbrella are meant for new statewide virtual programs — state departments of education would design programs and compete for the grant funding.

“Districts are going to have to up their game,” said Domenech. “These funds, properly utilized, will hopefully result in states developing online platforms that are efficient and high quality, and will allow districts to avail themselves of those platforms for the benefit of their students.”

But the same problem with districts not being able to access funds applies here.

The creation of good virtual learning will also depend on how the dollars are distributed, said Domenech. If their allocation “plays out as another way to funnel dollars away from public schools to private schools, we are dealing with the same issues,” he added. “It seems very much to be a priority of this administration — to continuously advocate for nonpublic schools as opposed to public schools, even though [DeVos] is the secretary of public education.”