Risking their lives to deliver food to your home in the age of the coronavirus is hard enough. But most home-delivery people do so without a chance to have their day in court if anything goes wrong on the job.

In recent years, more and more companies have required people to sign mandatory arbitration statements as a condition of employment. These clauses — which cover a variety of worker disputes, including allegations of sexual harassment — prohibit employees from pursuing claims in court. This allows businesses to avoid class action lawsuits, in which one or more plaintiffs can file on behalf of a group.

Now workers are finding a way to fight back, by filing a flood of individual arbitration claims.

A California appeals court recently ruled, in Abernathy v. DoorDash, that DoorDash Inc. must individually arbitrate claims filed by about 5,100 delivery drivers. The drivers contend they should be employees, not independent contractors, and receive minimum wages and overtime pay. In February, Judge William Alsup ordered DoorDash to arbitrate those cases — one at a time — at an estimated cost of $9.5 million in arbitration fees.

“It exposes how mandatory arbitration is designed to suppress claims,” she told WhoWhatWhy. “When workers called their bluff and said, ‘Let’s try it.’ The company said ‘No, we don’t want to do that either.’”

Mandatory arbitration has spread rapidly in the United States. More than half of private-sector, non-union workers are required to sign arbitration agreements, often known as alternative dispute resolution agreements, according to Alex Colvin, dean of Cornell University’s School of Industrial and Labor Relations. That’s up from about 7 percent in the 1990s and about 20 percent in the early 2000s.

According to the Center for Popular Democracy, 93 percent of people who sign forced arbitration clauses don’t realize that they are losing their right to sue.

And they may also not understand the odds against them. An Economic Policy Institute report finds that employees win more than one-third of the time in federal courts but only about a fifth of the time with mandatory arbitration. There’s a big disparity in damages awarded, too. The typical mandatory arbitration award ($36,500) is much less than the median award in the federal courts ($176,426).

In 30 years, only 17 women won sexual harassment claims before Wall Street’s closed-door arbitration forum, according to a report by Type Investigations (formerly The Investigative Fund) in April 2018.

Pushback is growing against the practice of mandatory arbitration, according to Karla Gilbride, an attorney with the advocacy group Public Justice.

“This is a fast-moving area,” she said. “One thing that’s happened is that the public has gotten more well-informed over the last two or three years and companies are taking flak” for having such policies. 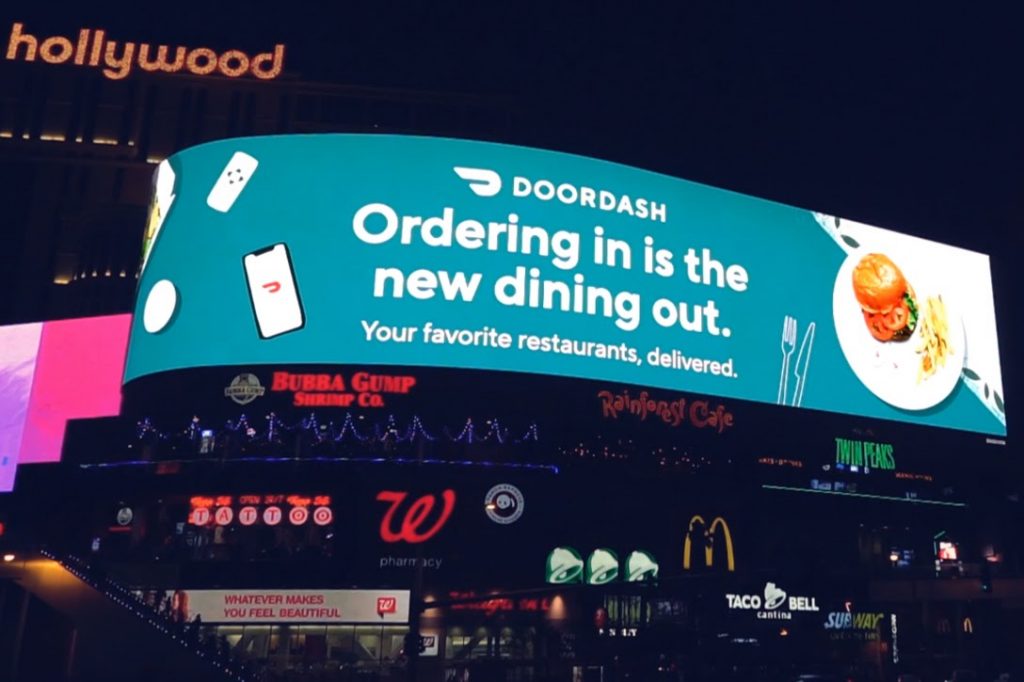 Mandatory arbitration is less efficient than class action lawsuits. “There’s a reason for a class action suit — it takes advantage of economies of scale,” by grouping people together who have the same or similar claims, Gilbride said. “There’s the idea that arbitration will be quicker, but that’s only true if only a few people use it.”

Colvin’s research has found that arbitration more often settles cases in employers’ favor, but the Abernathy v. DoorDash ruling could cause companies to reconsider putting mandatory arbitration clauses in their employment contracts.

“I hope so. Many companies are waiting to see how this plays out,” Colvin said. “Certainly, it has given them second thoughts about whether this strategy is efficient.”

The use of mandatory arbitration to handle sexual harassment claims in the workplace has drawn particular attention since the rise of the #MeToo movement.

In February, Wells Fargo announced the end of forced arbitration, but only for employee sexual harassment claims, a decision that will have limited impact, according to Deutsch and Gilbride.

“Google started out from the same place. It only wanted to [end forced arbitration] for sexual harassment but was influenced by its employee movement” to include all employee disputes, Deutsch said.

Separating out different types of disputes doesn’t work in the real world, Gilbride agreed. “It’s often complex. It doesn’t neatly fall into one category.” For example, what if an employee who sues for sexual harassment also has a claim of discrimination based on race? Would the individual have to go through separate processes?

“Google found out that carving out one set was not enough. Google caved,” she said. “We’re hoping Wells Fargo will, too. What it concedes though is that it says: ‘We have zero tolerance for sexual harassment.’ Our position would be that all labor laws are equally important.”

The problem with mandatory arbitration, according to Gilbride, is that people must sign the agreement without knowing what they may face later on the job.

“The problem that we have with these clauses that are being stuffed into [employee] manuals is not the concept of arbitration. The problem is the word mandatory,” she said. “They sign as a condition of employment.”

That means that “people commit before they even know what kind of dispute they might get into. It might be something simple. Or maybe the dispute is that you and other women are systemically underpaid compared to men.”

Such claims of systemic problems are just what class action lawsuits are meant to address, she said. Court proceedings allow for gathering documents and calling witnesses.

The attorneys general of all 50 states, the District of Columbia, and five US territories have spoken out against the practice of using mandatory arbitration in sexual harassment cases.

“Victims of such serious misconduct should not be constrained to pursue relief from decision makers who are not trained as judges, are not qualified to act as courts of law, and are not positioned to ensure that such victims are accorded both procedural and substantive due process,” they stated in a letter sent to Congress in early 2018.

Shannon Coulter, the activist behind #GrabYourWallet (a campaign to boycott retailers selling products from Trump family businesses), has turned her attention to the issue. She surveyed nearly 500 companies about their forced arbitration policies for sexual harassment. The results are posted on the Force the Issue website. More than 100 companies said they don’t currently use the practice or never have, according to the site, but nearly 370 companies have not responded.

Little progress is being made at the federal level to stop mandatory arbitration, according to Deutsch.

“The FAIR (Forced Arbitration Injustice Repeal) Act was passed by the House but it’s not going anywhere in the Senate,” she said. The bill prohibits a pre-dispute arbitration agreement from being valid or enforceable if it requires arbitration of an employment, consumer, antitrust, or civil rights dispute.

Instead, Deutsch said, efforts are focused at the state level by groups like Make the Road New York, Working Washington in Washington state, and Maine People’s Alliance.

For now, delivery people are still out there on the front lines. But arbitration has moved online to avoid person-to-person contact. On March 16, the American Arbitration Association (AAA) closed its New York headquarters. Over the following days, AAA shut down all 28 of its offices until at least the end of May.