As restrictions affect more states, places for gathering signatures on petitions to get a fair map proposal on the ballot are shutting down. Opportunities to set up tables outside retail stores, farmers markets, and other public areas are disappearing. Door-to-door efforts are becoming dangerous. The result: Fair maps efforts are stalled at a crucial time for change.

States will begin redrawing legislative and congressional districts as soon as the 2020 census results are complete. Those in charge of redistricting are often political appointees or state lawmakers, so the opportunities for gerrymandering, or partisan mapmaking, are rife.

With social distancing recommended or required in most states, gathering enough signatures for a ballot measure mandating independent redistricting commissions may no longer be possible. As a result, the coronavirus pandemic could delay efforts to end gerrymandering across the US by a decade.

Yet, not every state has felt the impact of COVID-19 like New York and other hot spots. “In some ways, Oregon’s election and voting infrastructure has held up well amid the global crisis,” said Kate Titus of Common Cause Oregon.

Oregon has long been a pioneer in democratic reforms. In fact, voters used a ballot measure in 1998 to establish voting-by-mail for every election. In 2016, the state became the first to implement automatic voter registration.

The state’s shelter-in-place order, however, has presented a significant challenge to gathering signatures to place a fair maps measure on the ballot.

“It’s never too late to make adjustments to laws, but in terms of impacting this upcoming redistricting process, it would be too late if we weren’t to pass it in 2020,” Titus said. “[The coronavirus] could very well derail this measure.”

To get a yes-no question about establishing an independent redistricting commission on Oregon’s November ballot, 149,360 signatures are needed by July 1.

Kathay Feng, national redistricting director of Common Cause, said that her organization is pushing for a decision about whether signatures can be gathered by households that print out a petition at home and mail in a signed form. In the meantime, she added, the group is “exploring how to [mail] petitions directly to voters for signatures.”

“In a state like Oregon, where most people have been voting by mail, this may not be as big of a stretch, but it might be a greater challenge in other states,” Feng said. 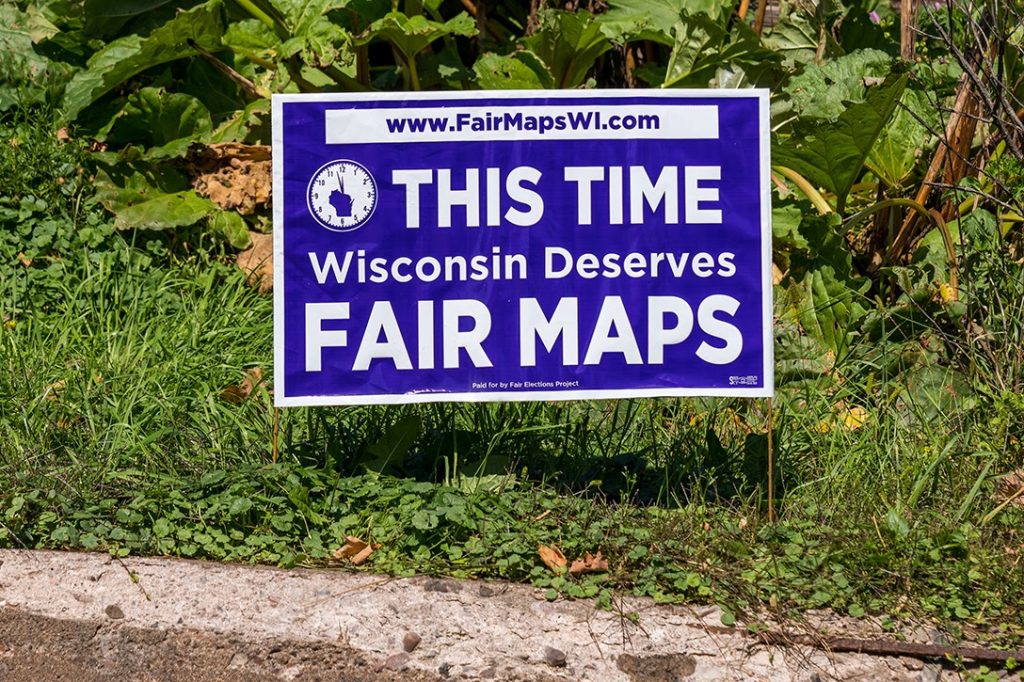 In addition to Oregon, fair maps advocates have been working in at least four other states — Arkansas, Nebraska, Nevada, and Oklahoma — to get independent redistricting commissions on the ballot this November. But their efforts have also halted in the wake of the global pandemic.

In some cases, stay-at-home orders have stopped fair maps advocates before they could even begin the signature-collecting phase. Nebraskans for Independent Redistricting, a nonpartisan coalition of Nebraska nonprofit organizations, announced in early March that it would start pursuing a “nine-member independent citizens commission” that excludes individuals with ties to lobbying or the government.

The group needs roughly 120,000 signatures by July 2 for the proposal to be on the November ballot, but Republican Gov. Pete Ricketts has ordered the state to comply with federal guidelines that limit gatherings of more than 10 people.

Nevada is also in limbo. After critics challenged their original proposal, fair maps advocates submitted an amended petition for an independent redistricting commission. This delayed  signature gathering efforts. Now that Democratic Gov. Steve Sisolak has ordered nonessential businesses to close and residents to stay home, it remains uncertain whether the 97,598 signatures needed will be collected by the June 24 deadline.

“Some of these efforts haven’t even gotten to the signature-collecting phase, but I know all of them must be concerned,” said Yurij Rudensky, redistricting counsel for the democracy program at New York University’s Brennan Center for Justice. “The way signature gathering usually works is people go to highly trafficked areas … collecting signatures outside of sporting events, farmers markets, county fairs, all of these sorts of things.”

Now that so many community events have been canceled, he added, whether enough signatures can be collected will depend on how long states remain on lockdown.

Even in states that have not issued shelter-in-place orders, fair maps efforts have been halted. Arkansas Voters First, a group working to establish an independent redistricting commission, announced last week on Facebook that it would be putting signature collecting on hold during the crisis to keep volunteers safe.

Arkansas does not have a state-imposed deadline for submitting signatures for ballot measures, but the group had been collecting signatures to get a question about an independent redistricting commission on the ballot for just three weeks before postponing their efforts indefinitely. It remains unclear whether the required minimum of signatures can be reached before the November election.

A Herculean Effort to Improve Democracy

“Even if there aren’t strict state-imposed requirements on signature collections for ballot measures, there will essentially be cut-off dates by which the ballots get printed, with or without these amendments,” Rudensky said.

Signature gathering could be done online to ensure the process continues, but a number of factors would need to be considered.

“You don’t want to set up a ballot initiative process that can be easily abused, that can misrepresent what changes are being made,” Rudensky said. “That can cause people to sign on to something without fully understanding what it is that they’re supporting.”

Even if volunteers are unable to gather signatures for ballot measures on independent redistricting commissions, there is another way the public can influence the upcoming redistricting process: complete the 2020 census online.

Titus said she is hopeful that more people will choose to complete their census forms online. Those who do not have access to the internet or are unfamiliar with technology may need assistance from community networks or relatives.

“It’s going to take individuals making democracy real at this point, not sitting back,” Titus said.

Census forms have already been mailed out, and every form includes a 12-digit ID so individuals can complete the form online in just minutes. If a person does not have access to mailing services or did not receive their form, they can still access the census form online here.