Scientist Is Saving Corals by Breeding Them in the Lab - WhoWhatWhy
Reading Time: 6 minutes

Just off the coast of Singapore, a group of scientists huddles together in the warm ocean water as waves roll and crash around them.

Clad in neoprene suits and goggles, with their nets out and jars poised, they wait for an event that happens just once a year. First there is just a flurry. Then the slow-motion underwater blizzard reaches a crescendo as the water fills with colors from cream to dark red to bright green.

Cued by the lunar cycle and ambient temperature, entire colonies of coral reefs release their tiny packages of eggs and sperm, called gametes, in unison in mass coral spawning events known as “broadcast spawning.” The gametes float to the surface of the ocean, and fertilization begins. This is how baby corals — which start out the size of the tip of a needle — are born and, ultimately, how coral reefs are made.

For some 15 years, biologist Jamie Craggs toyed with the idea of working with coral spawning. But he didn’t turn the thought into action until he had witnessed such an event in person. The experience catalyzed him to dive into the research he’s spearheading today.

“I wanted to focus on coral spawning in a much deeper way than had been done before,” said Craggs, who researches the reproductive biology of reef-building corals. He specializes in planning and predictably replicating the mass spawning events that happen in the wild.

“If you can make the spawning predictable, you can do a vast amount of research,” Craggs said.

He was the first to master this technique, the details of which he has already shared with partners, and hopes to disseminate widely to researchers trying to save coral from succumbing to global warming. 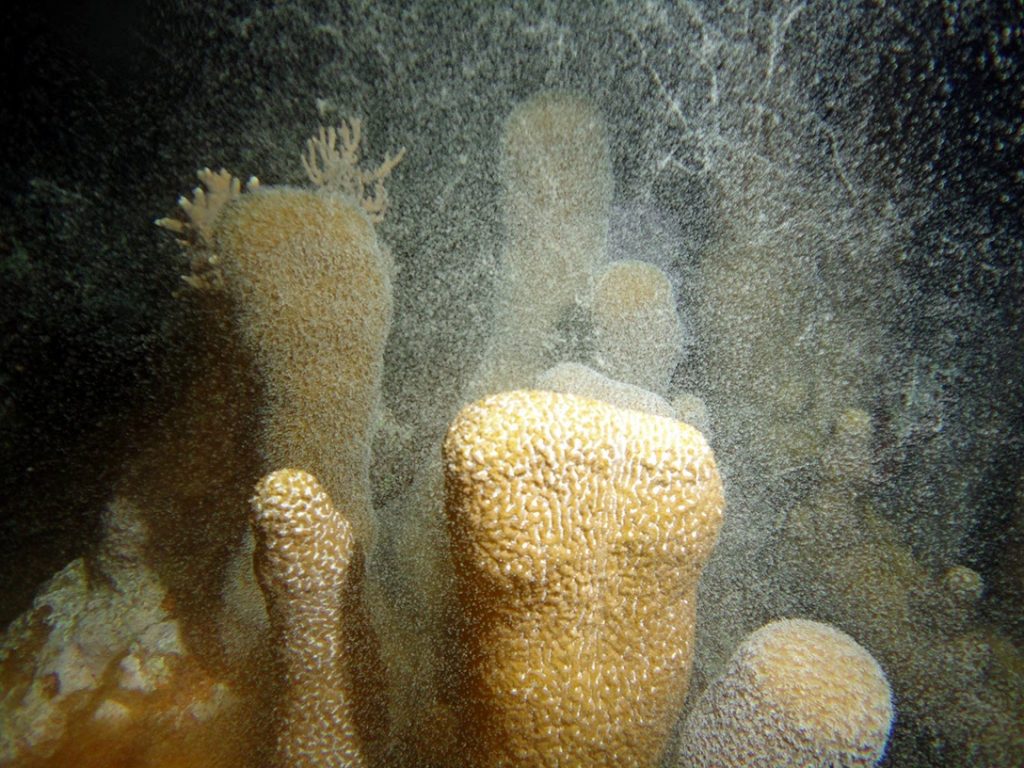 “Coral reefs are one of the premier valuable ecosystems on earth,” Douglas Rader, the Environmental Defense Fund’s chief oceans scientist, told WhoWhatWhy. Coral reefs are home to between one-quarter and one-third of all marine species. They are integral to, among other things, marine biological diversity, the economy, and protecting coastal areas from destructive storms.

“Losing coral reefs would be like losing all the buildings in a city; no one would have anywhere to live,” said Craggs. “We have to conserve corals if we want to preserve ocean biodiversity.”

Coral reefs’ crucial role as a safe home for a variety of ocean-dwelling species makes them essential to coastal communities that rely on fish for sustenance and income.

Yet coral reefs are disappearing at an alarming rate.

The root cause of this problem: climate change. As we spew CO2 and other greenhouse gases like methane into the atmosphere, the air and oceans are warming. “Corals do well in warm waters, but they don’t do well in really warm waters,” said Rader.

“Due to climate change, corals are increasingly being heated until they die,” Stanford marine biologist Stephen Palumbi told WhoWhatWhy. As climate change continues to warm oceans, “the ones that survive will have a harder time growing their skeletons, and be thinner, more fragile, and more slow growing.”

To survive, corals rely on a million-year-old symbiotic relationship with algae known as zooxanthellae. The algae, which come in a variety of vivid colors, are what give corals their hue. The single-celled algae live snugly inside coral tissue, producing oxygen, removing waste, and providing the coral with the materials it needs to build its shell. In return, the coral protects the algae and gives them the compounds they need for photosynthesis.

However, when the water gets too warm, this relationship breaks down. The corals expel the algae and turn bone-white, becoming pale shells of the lively creatures they once were.

Global climate change is not the only source of harm for the corals. Unsustainable fishing, tourism, and land-use practices can also be damaging.

Corals have existed for millions of years. However, the world is now changing faster than the natural selection process can move and species can adapt. Due to climate change, they can no longer survive by themselves, explained Rader. But, with assistance from people like Craggs, there is hope. 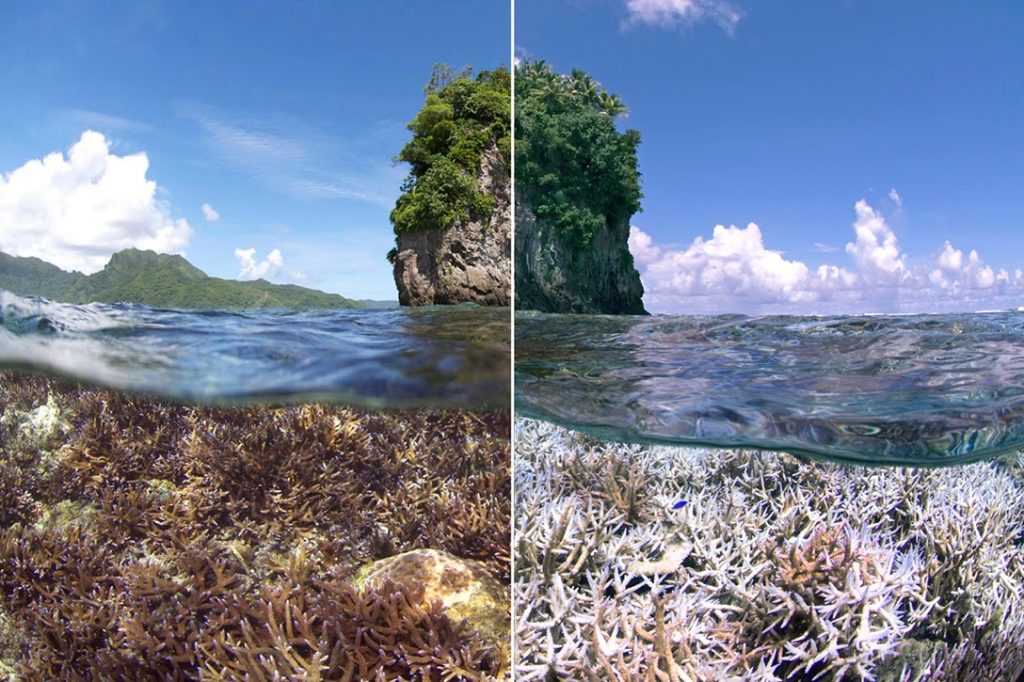 In the wild, corals only spawn once a year. In the lab, Craggs can harness the spawning process and speed it up.

In the ocean, corals produce millions of eggs during one spawning event, but most are eaten, he explained. As the embryos develop at the surface of the ocean over four to five days, they get eaten by all sorts of creatures, from tiny fish to plankton-eating sharks.

“I am always asking myself, how do we increase survivorship in different ways?” said Craggs. By keeping the corals in the lab for their early stages of life, Craggs is getting rid of the first few bottlenecks to survival.

Moreover, Craggs is working to find the strongest, most heat-resistant corals. He wants to help those corals reproduce at a faster rate and put them back in the ocean.

This will be especially important as the earth continues to warm from emissions, such as CO2 and methane, already in the atmosphere. Under most warming scenarios, nearly all corals will disappear between 2030 and 2050, said Rader.

“Craggs’s work can reduce the severity of harm that climate change will have on corals and serve as a link between now and when the earth starts cooling, so the organisms can exist again in the future,” Rader said.

That work is providing something like the coral equivalent of the Svalbard Global Seed Vault, which holds the largest diversity of seeds and stores them so they cannot be destroyed.

When global temperatures become too warm for corals to live in the wild, a diverse slew of corals could survive in Craggs’s lab and others like it.

Ultimately, Craggs could re-seed corals at that time.

Craggs believes that in addition to his work, a variety of techniques will need to be employed to maintain coral reefs. “There are many valuable and important tools for reef restoration out there,” said Craggs.

Craggs conducts his research at Horniman Museum and Gardens in London. The surrounding waters of the North Sea and the English Channel are far too chilly for corals. He has already partnered with The Florida Aquarium and hopes that ultimately he can scale up spawning and partner with more institutions that can implement his techniques.

“If you knit it all together, there is a lot more hope than people think for the future of corals and coral reefs,” said Rader. “Craggs’s work is an essential ingredient in an arsenal. It can help maintain reefs despite coming climate challenges. Once we overcome climate change, his work will help to fully repopulate the coral world.”

Although Craggs is also hopeful that we will overcome climate change and that his work will allow corals to go back to their homes in the ocean, he has a bit of a gloomier take than Rader.

“I think everyone involved in coral restoration realizes we’re not going to build an area the size of the Great Barrier Reef or anything like that. That’s impossible,” said Craggs. “We hope we can provide enough support and buy enough time so that the political landscape of the world can work collectively at driving down carbon dioxide emissions. If we don’t get a handle on climate change, then our coral restoration is just trying to stall the inevitable.”