It seems that the coronavirus has gotten Americans to collectively hold their breath. How bad will the outbreak get in the US? Will there be a new case in their state or their city? Can the federal and state governments contain this threat? These are all reasonable questions.

However, what many Americans may not realize is that the world is in this together, and if the virus is not contained everywhere, then nobody anywhere is safe.

“Just to remind ourselves, the Ebola outbreak in West Africa could have been stopped in weeks … if Guinea in West Africa had core public health services,” Dr. Tom Frieden — CEO of Resolve to Save Lives, an initiative of the public health organization Vital Strategies — told reporters Monday.

Another expert told WhoWhatWhy that an apt comparison to containing a global epidemic is the air traffic control system, in which every airport plays a vital role in keeping planes and passengers safe.

“All airports have to be secure for the air traffic control system to be secure. If one airport does not screen effectively, the whole system is at risk,” said Dr. Cyrus Shahpar, director of the Prevent Epidemics Team at Resolve to Save Lives.

Stopping a virus as resilient as COVID-19 is especially difficult because it can survive on its own for a long time. Experts believe it may survive on some surfaces for more than a week. In a connected world, that means product manufactured in one country and handled by a person who is infected could carry the virus across the globe.

So how ready are other countries?

Most of them are woefully unprepared and do not have health systems able to withstand an emerging outbreak.

One of the more innovative programs designed to determine whether a country is ready to deal with a health emergency is the Joint External Evaluation (JEE) program, which includes an online, user-friendly map of the world that gives a detailed breakdown of each country’s JEE report.

The Global Health Security Index — a joint project of the Nuclear Threat Initiative, the Johns Hopkins Center for Health Security, and the Economist Intelligence Unit — is another barometer that measures a country’s outbreak preparedness. It also has an interactive map that allows people to view each country’s readiness

As of July 2019, one hundred countries had completed a JEE. Experts concluded that no country is fully prepared to manage epidemics, and there are literally thousands of actions needed to be taken to bring health systems up to standard.

These health preparedness ratings may offer a clue as to which countries will be hit hardest by the coronavirus if and when it reaches them. 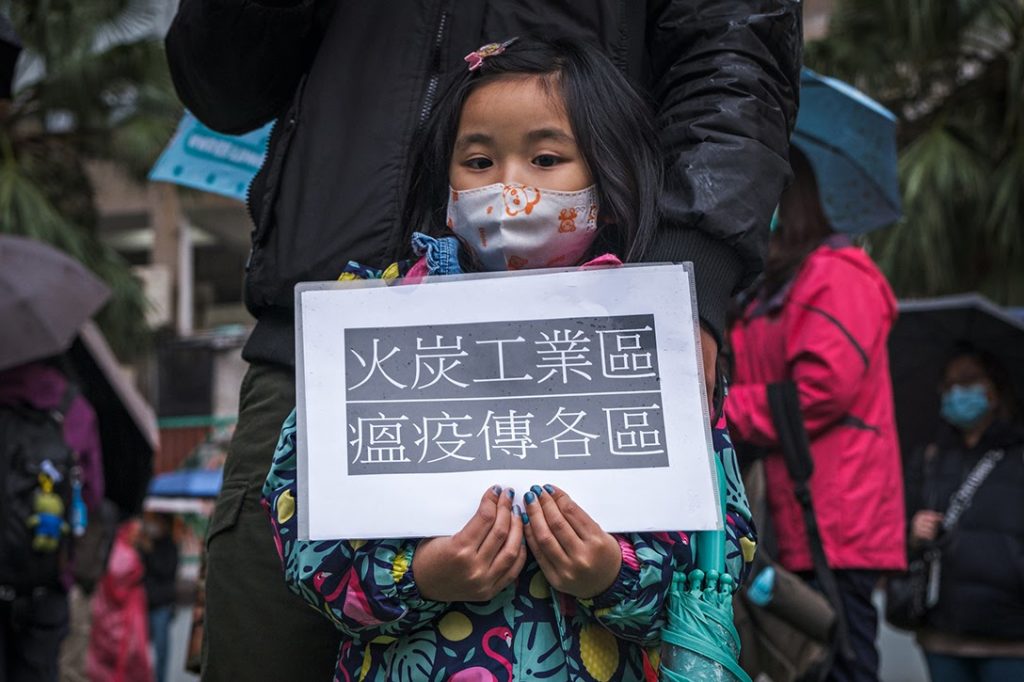 What Country Will The Corona Virus Hit Next?

While he conceded that he did not know which country will be hit next by an outbreak of coronavirus, Shahpar did make the following observation:

The initial countries the coronavirus has hit are among the best prepared in the world. Singapore, Japan, and South Korea … They are reporting a lot of cases because they are really good at finding them. Other countries may not be reporting them because they don’t have the infrastructure in place. Indonesia, which has plenty of Chinese tourists, and the whole continent of Africa may be experiencing outbreaks, but just don’t have the means to report them.

Indeed this lack of reporting capacity is one of many benchmarks experts look at when assessing the effectiveness of a nation’s capacity to contain pandemics.

When it comes to assessing how well countries are following up on filling the gaps as reported by these indexes, the results are hardly encouraging.

“Only one in five countries have met the goals,” Shahpar said.

He believes that a combination of a lack of resources, a lack of urgency, and a cumbersome, lengthy planning process were among the culprits.

When a Virus Hops on a Plane

That said, there have been successful efforts along these lines in the past. In 2014 the US led over 60 countries in the creation of the Global Health Security Agenda, which is dedicated to preventing, detecting, and rapidly responding to biological threats.

Uganda and Rwanda have both stepped up their preparedness to prevent the spread of Ebola to their countries through increased vaccinations, border screenings, and cross-border collaboration. These actions were largely seen as a response to the JEE reports.

Nigeria developed a National Action Plan for Health Security and obtained funding from the World Bank to improve preparedness.

Though many proposals to help developing countries improve health security have been put forward, they all seem to have one common theme: It will take cooperation between the public, private, and charitable sectors on an international scale to make these actions a reality.

“What is needed is a sustained commitment. The estimate is about a dollar per person per year and it is going to take at least from five to ten years. So the total investment is going to need to be on the order of $25 billion or more,” Frieden said.

But he noted that the latter figure paled in comparison with the costs of doing nothing, which could run from the hundreds of billions to trillions of dollars.

“Recent studies have shown that every $1 spent on preparedness is worth more than $2 spent in the event of a public health emergency … SARS cost between $30-$50 billion worldwide and the 2014-2016 Ebola outbreak cost $53 billion in the three affected African countries,” Amanda McClelland, senior vice president at Prevent Infections, said.

However Frieden did strike an optimistic note.

He pointed out that the world now had knowledge of what the preparedness gaps are, where they are, how to close them and how much it would cost.

“There is a very clear pathway on how to do that.”