The small country of Luxembourg launched an interesting social experiment this week: If you make public transportation free in a country that has the European Union’s (EU) highest number of cars per capita, will people ditch their automobiles and switch to trains, buses, and streetcars?

As of March 1, anybody in this country of 600,000 can use all of these modes of transportation for free — regardless of whether they are a resident; a cross-border worker commuting from neighboring France, Germany, and Belgium; or one of the many tourists who come to take in the sights of the lush, hilly country.

The small but wealthy nation hopes the move will encourage residents, including approximately 200,000 daily commuters, to stash their car keys and instead use its system of public transportation.

Experts are skeptical that this will happen in this car-loving country, where there are 670 vehicles per 1,000 inhabitants.

“If citizens, residents, or workers have come of age in an area that is automobile-centric, peeling them out of their cars can be very challenging,” said Michael Keane, who teaches urban planning at New York University (NYU). “Getting people to change their habits is very difficult.” 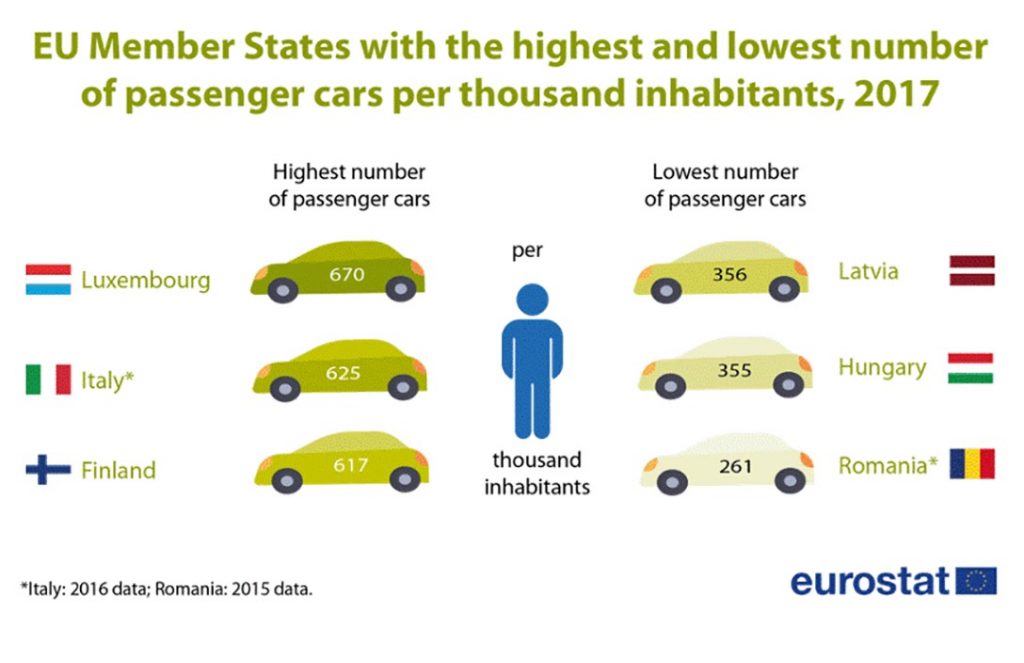 According to another expert, Luxembourg’s plan has potential, but only in tandem with other methods of encouragement to make the switch from cars.

“You have to incentivize people to use public transport,” said Ralph Buehler, a professor of urban planning at Virginia Tech. “You can’t just make it free. You have to have good quality service, a good timetable, and good geographic reach of the system.”

Additionally, Buehler believes disincentives to driving, such as higher petroleum prices and limited parking, are necessary in order to push people toward public transport.

Officials in Luxembourg said that, while lower emissions are a nice side effect, the primary purpose of the decision to offer free transportation is to help reduce inequality and provide more efficient mobility.

“The objective is to stop the deepening gap between rich and poor,” François Bausch, the country’s mobility and public works minister, told BBC. “For people on low wages, transport expenses matter. Therefore, it is easier to make it free for everyone.”

That is an interesting concept, particularly for a country like Luxembourg, which is known for its wealth and large banks. But inequality has grown here in recent years.

Tickets for public transport in Luxembourg were not very expensive to begin with. The fare for one trip from any point A to point B cost two euros, which is a bit more than two dollars. A day pass cost twice that, and an annual pass cost 440 euros (or $485). Providing free transportation to everyone will cost an estimated 508 million euros (or $562 million) per year.

In addition to reducing inequality, Bausch hopes the program will bring down CO2 emissions in Luxembourg. “The main reason is to have a better quality of mobility, and then the side reason is clearly also environmental issues,” he told Reuters.

More than 50 percent of the country’s emissions come from transportation. So if the program is successful in reducing car usage, it could be very beneficial to Luxembourg’s environmental goals.

The fare-free idea is not entirely unprecedented. In 2018, Estonia eliminated all fares on its public buses. After Dunkirk, France, a city of 200,000, began offering no-charge bus service, ridership increased 50 percent. But Luxembourg is the first country to offer free travel on all modes of public transportation.

It will probably take years to find out whether this experiment will be a full or partial success, but with inequality and the threat of climate change growing across the globe, this small nation should at least be applauded for taking this first step.

One response to “Can Free Public Transportation Transform a Country?”