In June 2016, about a month after filing for divorce, Phoukeo Dej-Oudom was murdered by her husband, who also killed the couple’s three children and himself. In her divorce paperwork, Dej-Oudom had checked a box that stated she was the victim of domestic violence. Yet despite this obvious red flag, her husband was still permitted access to the weapons he used to murder his family.

When April Zeoli, a criminal justice professor at Michigan State University, came across the case in her research of mass shootings, it immediately stood out to her as evidence that the system had failed.

“[Dej-Oudom] did everything we tell victims to do,” Zeoli told WhoWhatWhy. “It still didn’t work; she still wasn’t protected.”

Having identified a recurring pattern, Zeoli and doctoral student Jennifer Paruk are researching mass shooters with a past of domestic violence. Their goal is to find out whether the shooters had been on the radar of law enforcement or other authorities, and if so, why they still had access to their firearms.

They’ve found that removing access to guns is a burdensome task that requires an intricate navigation of the justice system.

The researchers identified four steps that have to be taken before the (mostly) men who commit domestic violence can be disarmed:

Among the 89 mass shooters within a three-year span that Zeoli researched, 30 percent had a history of domestic violence. But that figure doesn’t tell the whole story, because only 51 percent of domestic violence cases are reported to the police, Zeoli said. 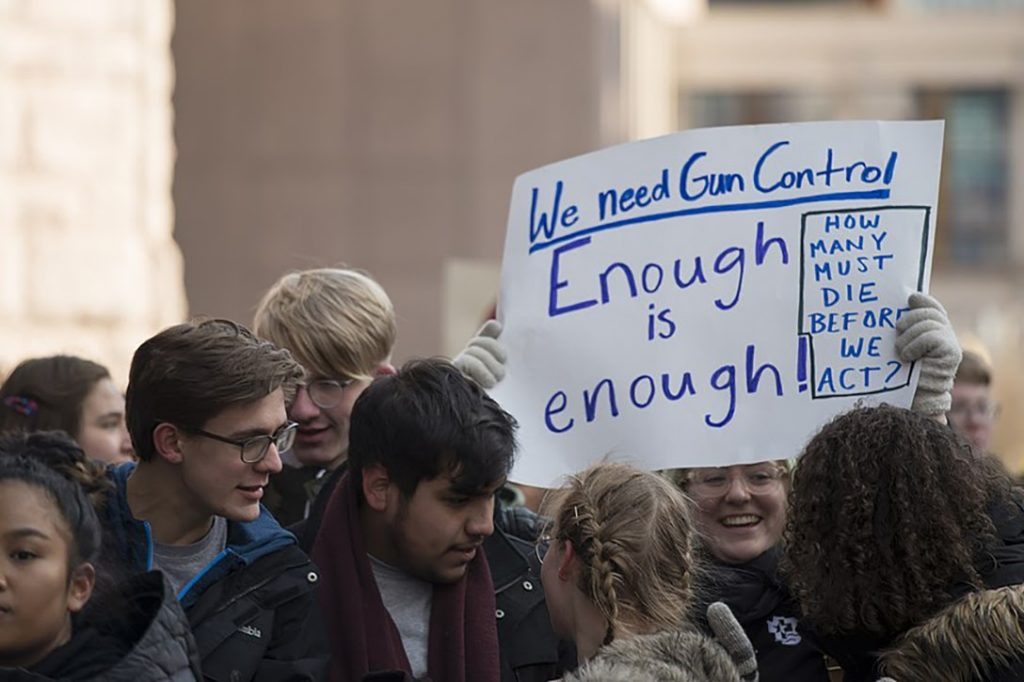 The findings show that the justice system often fails the victims of domestic violence, allowing alleged perpetrators to escape prosecution. Sometimes victims do not meet statutory requirements. Sometimes it just comes down to which judge is reviewing the cases and deciding whether the claim of domestic violence is valid.

Each state has its own laws pertaining to who can file domestic violence claims. Some require the couples to be married, living together, divorced, or have kids together, while others now grant petitions from dating partners without kids who live separately. Zeoli believes that allowing the latter group to file domestic violence petitions would reduce the number of deadly shootings.

Even those who pursue legal action against their violator, such as Dej-Oudom, often fail to get a judge to recognize the danger they face.

Zeoli explained that women who can afford to hire a lawyer have a much higher chance of winning in court. In Dej-Oudom’s case, she filed for divorce as a self-representative. But one needs legal expertise to know which details of a case are important to communicate to the judge.

Even if the legal process worked flawlessly, there could still be hurdles preventing women from reporting their abuse to law enforcement.

The research reveals that women believe calling the police will cause an abuser to retaliate, indicating victims’ frequent lack of trust in the legal system.

“This fear indicates that victims do not believe that the criminal justice system will be able to protect them from subsequent violence; some victims have learned this from previous experiences,” the researchers concluded.

Indeed, some women do not report domestic violence, due to past experiences of discrimination from the police, based on a range of factors including race, age, gender, immigration status, or sexual orientation.

The causes for this pattern of underreporting domestic violence have not been studied enough, the researchers believe. But that is not the only issue receiving insufficient attention.

Might domestic violence be something that these shooters have in common? Could domestic violence be an indicator for possible mass murder down the road? Zeoli said that we need more research on these topics and that the team’s work is barely scratching the surface of this complicated subject.

“I think what we’ve accomplished is setting the stage,” Zeoli told WhoWhatWhy. “We looked empirically at whether or not it is the case if mass shooters have that history and 30 percent isn’t a small number.”

Zeoli believes the biggest takeaway from her research, with respect to gun violence, is that enforcing the law on perpetrators of domestic violence could help reduce mass shootings. Evidence shows that these laws have decreased the number of partner homicides.

“We need to make sure we are preventing purchases [of new weapons] and removing any gun the [perpetrator] already possesses,” Zeoli said.