This is an election year, so you can count on a healthcare debate riddled with erroneous charges and popular misconceptions that impede edifying discussion. Among the biggest obstacles is what we might call Healthcare Delusion Disorder (HDD), the idea that US healthcare is the best on earth.

HDD is largely a Republican affliction. We know this thanks to survey results released last year by Gallup and the nonprofit research group West Health. The study generated a headline figure of $88 billion, which is what Americans borrowed in 2018 to pay for healthcare. But the more intriguing figures lie elsewhere in the report.

Anyone who knows anything about US healthcare knows that Americans spend about twice per capita (in dollar terms adjusted for purchasing power) and as a share of GDP than what other developed countries spend, without comparably better outcomes. According to a 2019 study by the Peterson Center on Healthcare and the Kaiser Family Foundation:

— Mortality rates in the US have declined more slowly than in comparable countries since 1980. 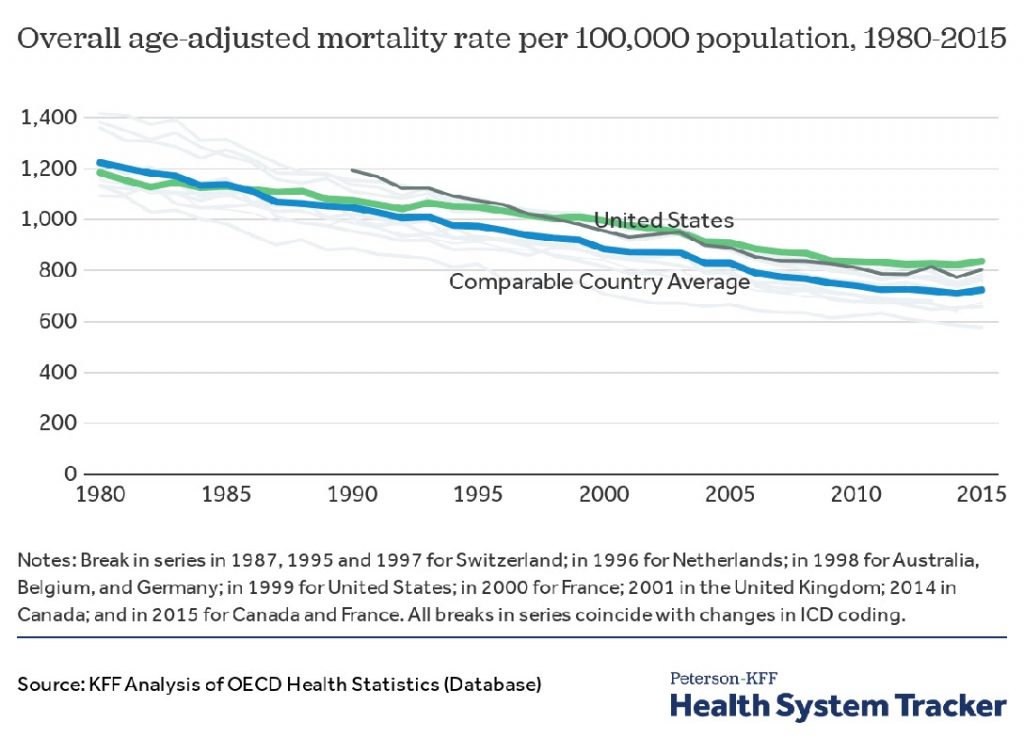 — The US has poorer rates of “amenable mortality” (deaths that could be prevented by timely and effective care). 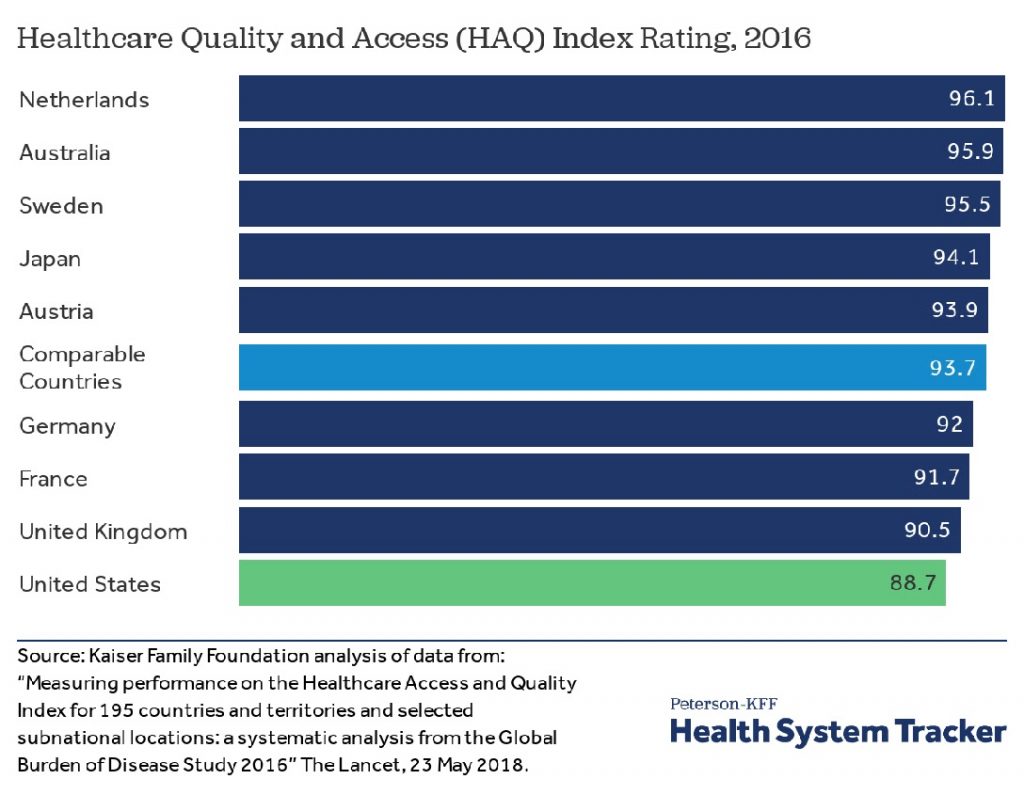 — The US has higher rates of medical, medication, and lab errors.

— US patients have a harder time making same-day appointments. In 2016, 51 percent were able to do so, compared with 57 percent in comparable countries.

— US patients visit emergency rooms for non-emergency conditions nearly twice as often — 16 percent to 9 percent — as those in comparable countries.

And, of course, healthcare outcomes are only part of the story. The other part is all about barriers to access — namely a for-profit insurance system that intentionally denies coverage to the people who most need it. Even with the Affordable Care Act, aka Obamacare, some 28 million Americans — the population of Texas — were uninsured in 2018. That’s down by about 21 million since the law took effect in 2010, but it’s a number that would be unconscionable in any other developed country. Scholars disagree over whether lack of insurance actually kills people, but there’s little doubt that it means financial ruin for half a million households each year.

This is where we glimpse the seamy underside of American exceptionalism. There are several illuminating moments in the 2008 PBS Frontline documentary Sick Around the World, when journalist T.R. Reid asks healthcare authorities around the globe how many people in their countries declare medical bankruptcy. Japanese hospital president Saito Hidero, slightly baffled at the question, consults an off-camera assistant, then answers “We never heard of it.”

Hongjen Chang, an architect of Taiwan’s single-payer system, replies “none” with a hint of incredulity, as if he’d been asked how many Martians he knows.

Swiss President Pascal Couchepin answers unequivocally: “Nobody. It doesn’t happen. It would be a huge scandal if it happened.”

It should surprise no one that Republicans are the primary transmitters of HDD. Most live in right-wing disinformation bubbles where government-assisted healthcare leads straight to Obama’s socialist death panels, and where Medicare recipients despise government programs. Ideas have consequences, and one consequence of muddled thinking about the US healthcare system is a Limbaugh-sized blind spot that discourages needed reforms and sustains efforts to repeal the Affordable Care Act.

Science has yet to develop a cure for either illness, but there are indications that it responds to moderate doses of popular outrage mediated by policy makers who aren’t in the pockets of corporate healthcare interests. Among the bright signs: Medicare for All is suddenly a topic fit for polite company, and even Republicans can openly flinch at a proposal to deprive 20 million people of healthcare.

Nice to know that even severe HDD can go into remission.