In the aftermath of the drone strike — unilaterally ordered by President Donald Trump — that killed Iran’s powerful Quds force general Qassem Soleimani, WhoWhatWhy’s weekly series surveys world opinion and its impression of the dramatic escalation of the bloody struggle for influence in the Middle East.

On Wednesday evening Iran retaliated by attacking US bases in Iraq with ballistic missiles.

The Tehran Times reported: “Foreign Minister Mohammad Javad Zarif has said that the ultimate expulsion of the U.S. from West Asia is the doomed fate of Washington’s unbridled exploitation of the tools of war, sanctions, and assassination.”

An international correspondent for the Guardian in the UK, Michael Safi, reported that Iran’s Tasnim news agency had quoted Iranian officials warning that if the US retaliates for these strikes in Iraq, Hezbollah will fire rockets at Israel — a threat to widen the conflict and bring Iran’s regional allies into play.

NATO, which Trump has alienated with his antics, had already announced it is pulling troops out of Iraq, citing security concerns, and has suspended its training of Iraqi forces.

The Lessons for Europe…

Donald Trump made a complete break with traditional U.S. foreign policy. He got rid of the experts in the State Department and discarded the tools of diplomacy — negotiations, trade-offs and the weighing of interests. The guiding principle was  “disruption.” Trump claimed that he could solve conflicts purely with his charisma and his imagination. After all, didn’t the tech companies in Silicon Valley likewise remodel the world with their innovations?

Now, though, the failure of Trump’s approach has become obvious to all. Disruption might be a model appropriate for Google and Facebook, but not for global politics. 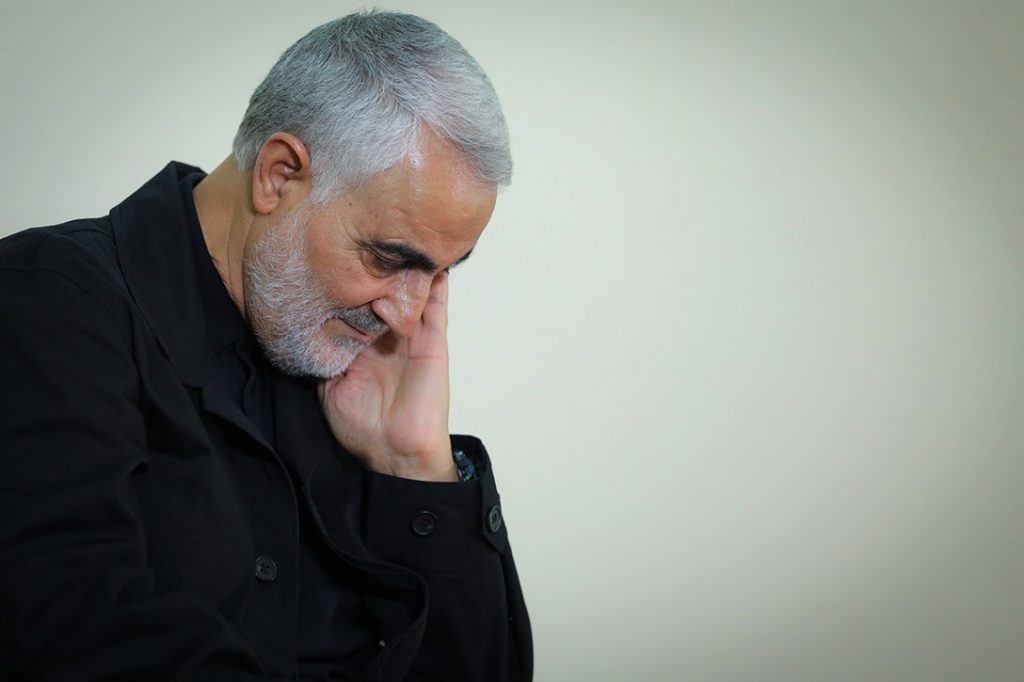 Trump’s failure holds a lesson both for the U.S. government and for the Europeans: Namely that blatant pugnacity may be appropriate for political campaigns, but it has no place in diplomacy. Foreign policy is both arduous and dangerous. It requires endurance, humility and a willingness to compromise.

There is nothing wrong with courageous, surprising foreign-policy initiatives. Former German Chancellor Willy Brandt’s rapprochement with the Soviet bloc made the world a safer place. But they have to be carefully prepared and carefully applied. Diplomacy is a serious undertaking. Those who don’t approach it with the gravity it deserves risk triggering a war by accident.

A debate over President Donald Trump’s authority — and willingness — to wage war erupted in Washington on Friday after a U.S. drone killed a top Iranian military commander in Baghdad, but in Pyongyang, thousands of miles away from the Middle East, there will likely be no debate over what the attack means.

Instead, multiple North Korea experts told NK News on Friday that the DPRK’s leader, Kim Jong Un, will likely draw one critical conclusion from the U.S. military strike: nuclear weapons are the only way to keep himself and his country safe.

North Korea often cites the cases of Libya and Iraq — two countries that abandoned their nuclear weapons programs, only to become the target of U.S. military intervention years later — as the ultimate reasons why a nuclear deterrent is needed to protect a country. Iran has also tried to build its own nuclear weapons program, but does not possess any now.

Fears That Japan Will Be Sucked Into a New Conflict…

The U.S. assassination of a top Iranian military commander and key player in the country’s proxy conflicts in the Middle East will have grave implications for Japan ahead of a planned dispatch of Self-Defense Forces personnel to the region, according to analysts.

The targeted killing of Gen. Qassem Soleimani, who headed Iran’s elite Revolutionary Guard’s Quds Force, is expected to trigger an intense backlash by Tehran against American interests in the region — including, perhaps inadvertently, against U.S. ally Japan.

“His Southwest Asia intelligence sources [said] that Israel had provided the United States with coordinates that were used in the operation that left Soleimani killed. Israel itself wanted to avoid repercussions of taking the assassination upon itself, Escobar added.

We knew it was coming. There were plenty of rumbles in Israeli media by former Defense and Mossad officials. There were explicit threats by the Pentagon … I received worried messages from Iran. The inevitable escalation by Washington was being discussed … actually a few hours before the strike,” Escobar noted.

Iran-US Crisis: The Six Angry Men Who Could Trigger War

The Iran Nuclear Deal and the View From Tehran

The expert suggested that both Trump and Israeli Prime Minister Benjamin Netanyahu faced problems at home — Trump was in the center of an impeachment inquiry, while Netanyahu had been indicted for corruption — so nothing like an alleged external threat could help them improve their popularity.

Indeed, the assassination of General Suleimani opened a can of worms for the Trump administration with some Af-Pak [Afghanistan-Pakistan] experts asking why Washington should not target Pakistani generals who have established record of backing and carrying out terrorists attacks.

Several US military commanders and administration officials have accused Pakistan’s military intelligence agency ISI of using Taliban proxies to kill American personnel in Afghanistan with no retribution from successive administrations in Washington except for aid cuts and downgraded ties.

Washington is rife with speculation as to why Trump decided to go in for such precipitate action … there is also conjecture that Trump resented being trolled by Suleimani on social media. The Iranian general was apparently quite adept on Twitter, frequently taunting Trump, including calling him a “bartender” and a “casino manager.”