While people from across the political spectrum have called for the impeachment of President Donald Trump on various grounds, the American public at large hasn’t warmed to the idea. Polls on the issue are all over the place but generally show that US voters are against it. A group of activists believes that one of the reasons for this is that Americans don’t understand the impeachment process.

That is why they launched “Impeachment University,” a series of weekly webinars with the purpose of educating the public on the constitutional process for removing a president from office who is guilty of “high crimes and misdemeanors.”

“[Impeachment] is a crucial aspect of the American Constitution, because it means no one is immune to being held to account for transgressions, not even the President,” the group, which is the brainchild of a coalition of activists that includes Ron Fein, legal director for Free Speech For People, and David Sievers, campaign director at MoveOn, states.

“Citizens have a role to play in educating one another and their Representatives and Senators about the process of impeachment,” the group argues. “Impeachment is a rarely used instrument — and when it is wielded, it is important that we understand how it is best conducted.”

In the House of Representatives, where impeachment would begin, Democrats remain divided on the issue, with many moderates opposing the idea. They argue that impeachment would badly divide the nation, and that whatever the House does would be futile because the Republican-controlled Senate will likely vote to acquit.

But Elizabeth Holtzman, author of The Case for Impeaching Trump, countered these arguments at the inaugural “Impeachment University” online town hall event on August 5.

Holtzman also dismissed the notion that once a solid case is laid out against Trump, a majority of Americans will rally behind the president.

“What is the case for impeachment? It is more than Mueller,” she said. “True, we didn’t have Fox News [during the Nixon impeachment], but today most people know what Donald Trump is all about. They’ve got his number.”

Holtzman also noted that, in 1973, Republicans initially opposed the Watergate hearings, but came around when it was clear that Nixon had violated the law.

“Why not go forward if there’s a legitimate case?” she asked. “Let’s make the best constitutional case we can make for Donald Trump’s impeachment.” 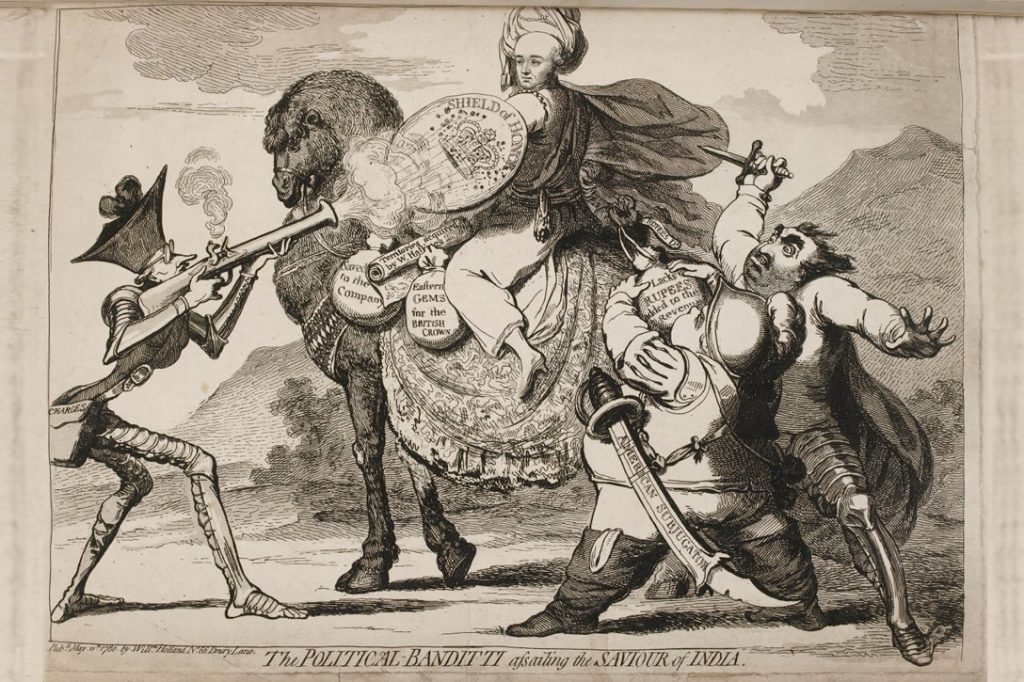 Political cartoon by James Gillray titled “The Political Banditti assailing the Saviour of India” published in 1786. This cartoon comments on the impeachment trial of Warren Hastings, Governor-General of Bengal, in the Parliament of Great Britain. Hastings is depicted as a “saviour of India” under attack by “banditti” that look like Edmund Burke and Charles James Fox, his prosecutors in the trial. Photo credit: James Gillray / Wikimedia

Holtzman said the biggest difference between the Nixon hearings and today is that, back then, the chairman of the committee — New Jersey Democrat Peter Rodino — never bothered taking matters to the courts and felt the courts had no jurisdiction over the authority of Congress.

Rather than turn to the courts, Holtzman said, the House Judiciary Committee should impose its own fines and penalties on anyone who refuses to testify or participate in the impeachment hearings.

The Case for Impeachment at 100 Days

Supporters of impeachment have long insisted that Trump can be impeached by Congress for numerous reasons, including obstruction of justice and other offenses. Speakers at the first webinar suggested that racism should be added to Trump’s offenses.

Fein, who is the author of the book The Constitution Demands It, said he believes the House of Representatives could definitely impeach the president for multiple instances of racism and bigotry.

“We’re paying him as president, and we’re not paying him to go on racist rants,” he said, adding that the framers of the Constitution may not have meant for racism to be among the offenses that could lead to impeachment, but that there is no reason Congress can’t make that case in 2019. And he’s been working with Rep. Al Green (D-TX) to that end.

A key to moving forward, Fein noted, would be to educate the public on the impeachment process. Organized by moderator Justin Hendrix with the support of Sievers, the “university” is essentially a web-based town hall that people can register to view, with a discussion focused entirely on impeachment proceedings.

“The idea for Impeachment University is to take you through what’s going to be a month-long process on how our Constitution works,” Hendrix said during the town hall. “The whole idea here was to create a forum for individuals to learn more about what we can do as citizens.

Rep. Pramila Jayapal, (D-WA), a member of the House Judiciary Committee who participated in the webinar, told the audience that House Democrats are beyond an inquiry stage, and are now actually building a case for impeachment. 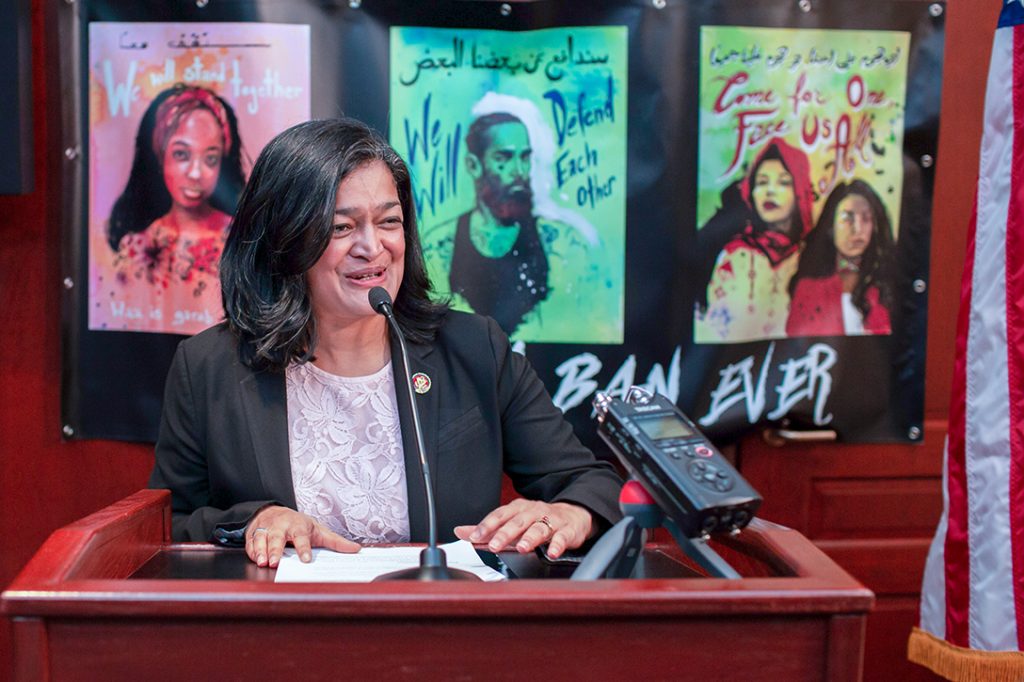 “This is essentially an impeachment investigation because there is substantial evidence that Donald Trump committed a crime,” she said.

In fact, Jayapal called the committee’s upcoming hearings a “critical moment,” which is why the public should get involved. By arming Americans with education about impeachment, Jayapal argued, they can then put additional pressure on Congress to act in the nation’s best interests.

“The Mueller hearing almost two weeks ago marked a real inflection point,” she said of former special counsel Robert Mueller’s testimony before her committee. “Mueller testified that the Russian government attacked our country in 2016 to help Donald Trump win the presidency.”

And beyond the issue of collusion, she said, it was clear the president had attempted several times to block the investigation.

“There was in fact strong evidence that Trump did try to obstruct this,” she said. “We’re not confining ourselves to just the four corners of the Mueller report, but to other areas we have jurisdiction over on the Judiciary Committee,” including high crimes and misdemeanors.

“We are officially in the impeachment process,” she said. “We are now in the process of court filings … which will likely take two months.”

She expects that to lead to full impeachment hearings later this year.

And that’s why events like the Impeachment University are crucial for keeping the public informed — and inspiring them to get involved, she added.

“This kind of education is really important,” the lawmaker said. “We are going to try to give you as much information as we can so you can share it, and it is the American people who are demanding that we move forward.”